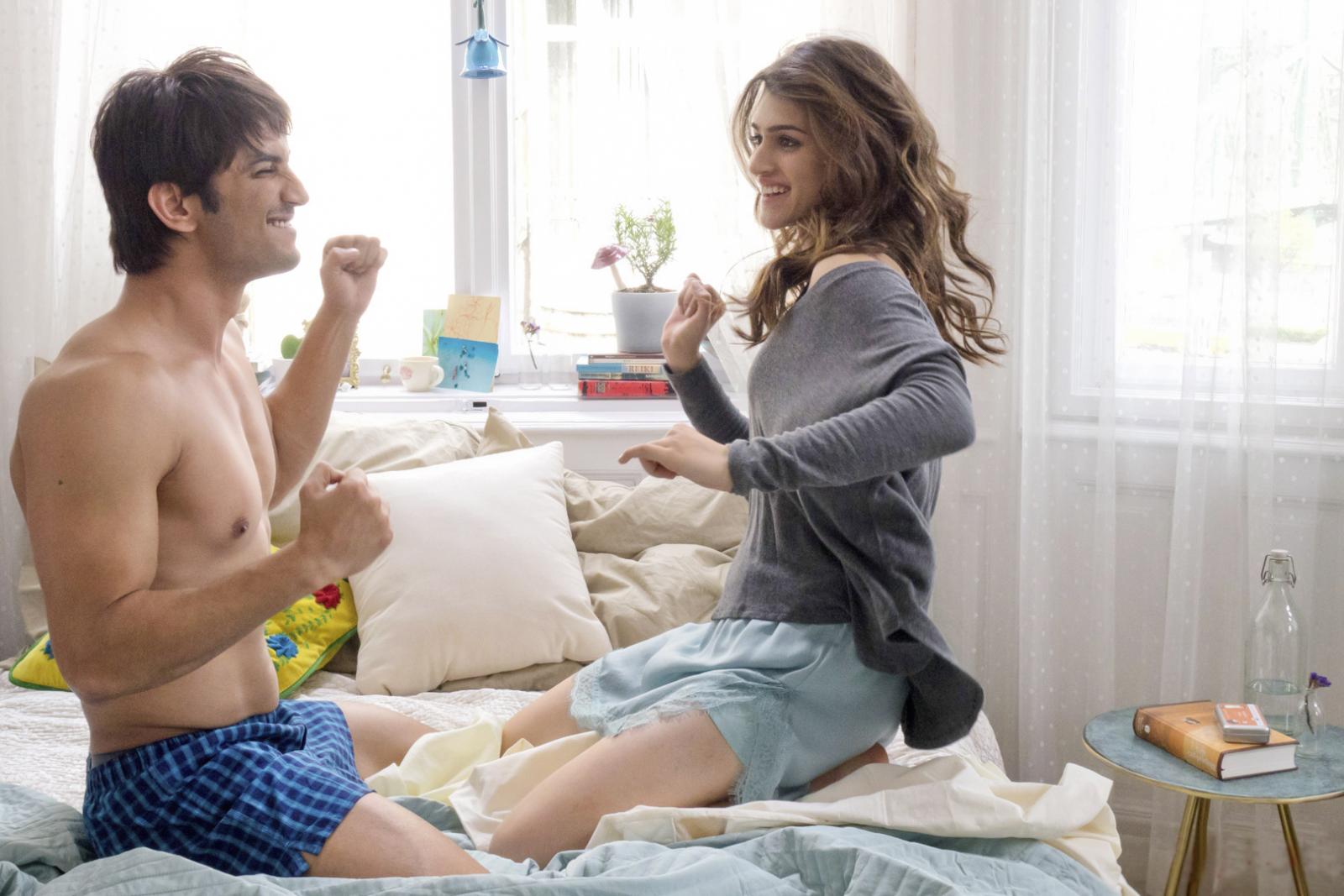 A mishmash of several reincarnation movies of the past, Raabta is about a woman in Budapest who has obsessive, recurring dreams. She puts it down to a car accident that killed both her parents. It turns out later that the nightmares are actually about her previous life. So we are treated to a post modern lifestyle in Europe, followed by a past existence in ancient India, which is remarkably similar, especially in its use of computer generated effects, to the Baahubali lifestyle; sword fights, acrobatic fisticuffs, and two men addressing issues connected to the same desirable woman.

Ms.‘Desirable’, in the modern avatar, is Saira (Kriti Sanon), who runs a chocolate shop in Budapest. An Indian banker called Shiv Kakkar (Sushant Singh Rajput) turns up at her store, and they can’t take their eyes off each other; Shiv because he is a serial monogamist and a shameless sexist, and Saira because he reminds her of someone she once knew. They start dating instantly, but during the week Shiv travels to Vienna on work, she is mesmerized by another young man, a liquor baron called Zak Merchant (Jim Sarbh). He is sexist.2 and when you see Saira all over him and his fancy lifestyle, you wonder if she is a gold digger. The man walks around with European bodyguards, lives in a palatial home on an island, and is attended hand and foot by liveried servants. But then, in a flash, you understand. This is man.2 from her previous Baahubali existence.

The narrative about their transmigrating souls lasts at least 45 minutes. Two warriors from two kingdoms (Sushant Singh Rajput and Jim Sarbh again) fight it out. The men have the weirdest hairdos, even more outlandish than anyone attending a rock concert today, and the woman they fight over (Kriti Sanon again) is dressed in skimpy wraparounds. This sequence is the knock out punch of the movie. After this, if you can stagger back onto your seat and continue watching Raabta, you are a true blue Hindi film buff.

In point of fact, director Dinesh Vijan loses the plot in this flashback. Instead of creating an aura of believability and developing characters who are desperate to cling on to the idea of a life beyond the one we know, he gives us kitsch. Instead of producing an ambience that heightens the notion of the mystical and the transcendental, he gives us the commonplace. At no point do you get a sense of wonder at the possibility of a person’s troubled dreams being connected to a real experience in a different dimension of the universe. All you feel is irritation at the mundane level of thinking and dreaming that the writer of this film is displaying on screen.

So Raabta starts off promisingly with two energized actors in Rajput and Sanon hitting it off as soon as they meet, disintegrates thereafter, and ends up as pretty much unwatchable.