‘Pedro brought out of me a character I didn’t know I had inside me,’ says Antonio Banderas 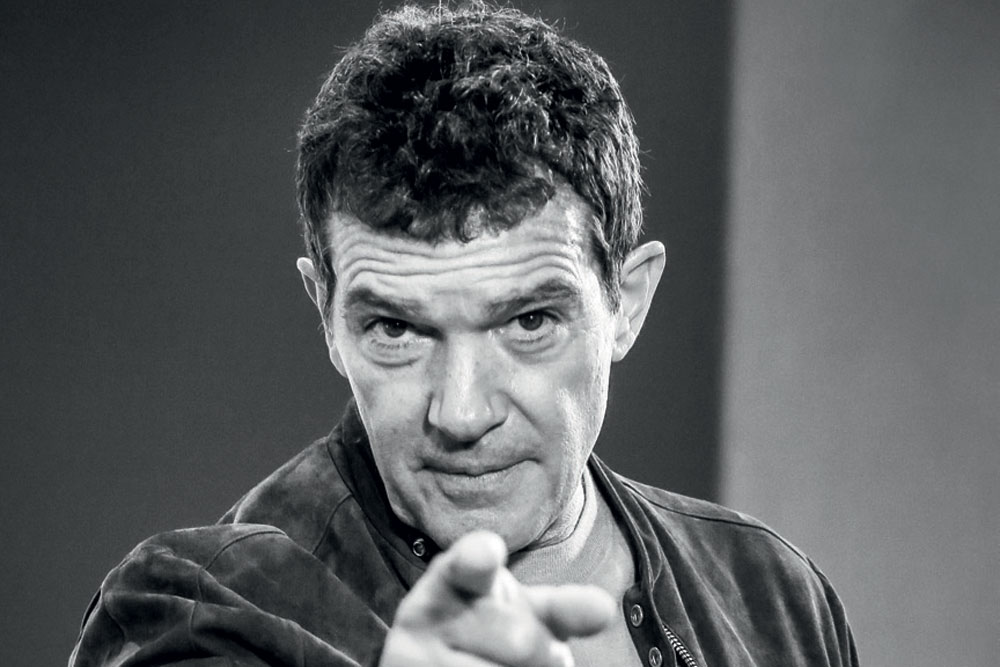 
WRITER-DIRECTOR Pedro Almodóvar has brought his life to the big screen in Pain and Glory and chosen Antonio Banderas to portray him. Banderas has worked with him before and they are close friends.

Was it challenging to play the man who is directing you?

It is always difficult to play someone who exists and extraordinarily difficult when the person is your friend and behind the camera. But it turned out to be a very pleasant experience for many different reasons. Unconsciously, I started creating this character nine years ago. It happened during the shooting of The Skin I Live In (2011). It was the first movie I did with Pedro. We had not worked together for 22 years. I was working in American films, so I came to rehearsals with a cocky attitude. I had learned many things about acting. I felt more secure in front of the camera—I can do this, I can do that, I can trust my voice. And Pedro after several rehearsals came to me and said, “You know what? All these things that you have learned from your American director are not very useful to me.” I disagreed with him and it was a tense shoot—when I say tense, I mean creative tension. But when I saw the film at the Toronto Film Festival with an audience, I realised he was able to bring out of me a character I didn’t even know I had inside me. I had to be humble, so when he called me again for [Pain and Glory], I just wanted to know two things: why he wanted me to do this movie at this time in his life and why he wanted me to play him, an alter ego of Pedro Almodóvar? And so, that is how we started working on this project. We started from scratch, trying to create a character from nothing, not using the tools I had used in the past to develop a character.

How did you handle the scenes about Almodóvar’s sickness and addiction?

We actors live off of what we experience, that is our food, we are fed with our own life and then we try to understand the character and what part of our lives we can use to create this character. I had an experience two and a half years ago—of a heart attack. It was one of the best things that had happened to me. It was a blessing. It showed me what the important things in my life are and what I had to eliminate—things I thought were important but really were not. The night I had my heart attack—I had it in the morning—they did an operation. They put three stents in my coronary arteries and that night I had to be in the hospital. An elderly nurse came to me and asked a most unusual question: did I believe in popular culture? “Why do you think people say, ‘I love you with all my heart’? They don’t say ‘I love you with all my brain or kidneys.” I said I don’t know, you tell me. And she goes, because the heart is more than an organ sending oxygen to the body, it’s a warehouse of feelings, and Antonio you are going to be very sad in the months to come. And I asked, you mean depressed? She said no, you are going to come out of this with a much cleverer idea of who you are and what your role in life is. Now that is what exactly happened: I became very emotional, I was watching a movie and I became teary, I don’t cry, but everything started affecting me. Pedro told me to embrace those feelings and accept them and show them and so I used all the experiences that I had with the heart attack and that cardiac event and channelled into this move—I totally did.

Are you happy how life has treated you?

I feel great, I feel I have to expect that I am going to be 60 and I think I have arrived. I am satisfied with my life and the things that I have done. And the best is still to come, but I think that I will always think that until the day I die. I am a pathological optimist.