It is a nice looking film, but it is too self-consciously written and visualized to be credible 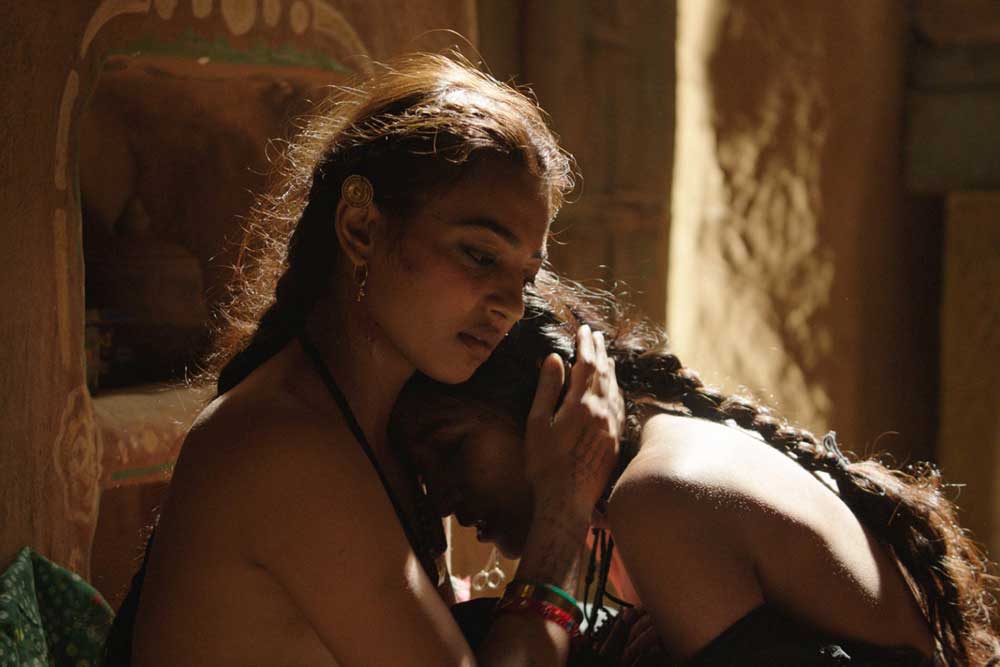 In this movie we are taken to a village in Rajasthan, where the old order remains, as it did for the last millennium, and men rule and women stay at home and bear children, if they can. It is an oppressive world to begin with, but as ‘Parched’ gets into its stride, we see that the men are aware that the universe is changing, and the insecurity that follows this realization turns them into more tyrannical versions of themselves. Their beatings multiply, provocations to violence are not even necessary and sexuality turns perverse and abusive. Four women form a bond here, as a last defense against male fury.

After being presented with this feminist manifesto, we are shortly entertained by some excellent dirty dancing by Bijli. She works with a few other girls in this large tent in the Rajasthan desert, clearly an oasis in the midst of a drought, and attended by a horde of men who jive to the music and laugh at the lyrics, which are full of sexual innuendoes. The song she sings, for example, is all about a tortoise who is lying low, but, with some encouragement, perks up a little. Later, when Bijli and Lajjo and Rani (Tannishtha Chatterjee), a widow with a despicable son, get together for some girl talk, we are informed by the vastly experienced Bijli that most men start off as ‘dragons’, but, as the action hots up, suddenly and unexpectedly turn into ‘mice’ and leave the women high and dry.

These knowledgeable snippets of conversation about the dysfunctional and callous nature of men are interspersed with a few scenes where we gather that the village feels threatened by urban India, which they hear has changed the equation between women and men. Delhi is mentioned often, and sometimes Mumbai, but nobody wants to go there. Both men and women remain trapped in their past, in the midst of this gorgeous land of sand and beautiful forts.

The cinematography by Russell Carpenter adds to this visual design of an isolated, underpopulated, romanticized Rajasthan, where everything is made up of lovely sunsets and starlit nights. This look is intended to appear as a stark contrast to the oppressed social condition of women and the atavistic attitudes of the men. But the mixed metaphor sits uneasily in ‘Parched’ and what we see in the movie is a preconceived world of rural Rajasthan, on which is imposed a distinct thought process with set characters and types.

In one scene the women talk about why ‘gaalis’ in Hindi only have references to female members of the family. So then they go on to invent some new ‘gaalis‘ involving brothers and fathers and sons. This is a hackneyed urban joke that seems too deliberately placed for effect in the script.

So Parched is a nice looking film that is reasonably well acted, but it is too self consciously written and visualized to be credible, as intended, for an argument on the empowerment of women in rural Rajasthan.