The movie is a recommended watch 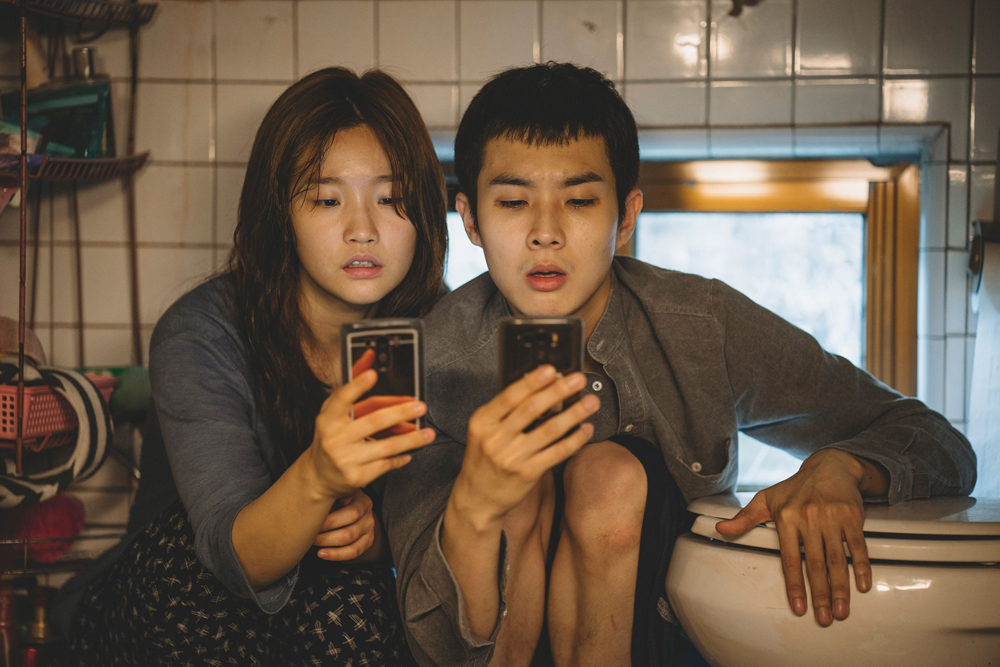 ‘Parasite’ is an art directed South Korean movie. About an underemployed family of hustlers who inveigle themselves into a posh home to escape from their working class backgrounds, the movie is set in two houses.

The first is where the Kim family – father, mother, son and daughter – live. Half the tiny apartment is below the road, and the other is above. This allows the foursome to be seen by, and to see, the public. There is no privacy, naturally, in this hovel, and every night they watch drunks urinate on the wall opposite, and can do little about it except yell and fight. When it rains and the road floods, the water, and the sewage along with it, pours in. It is a miserable existence and they are desperate to earn regular money and move to a better place.

Through a contact of the son, Kim Ki-woo (Choi Woo-shik), the family engineer themselves, one by one, into the employment of the wealthy Park family – also father, mother, son and daughter – who live in a rich neighbourhood of the city. The house is a stunner, built, we are told, by an architect called ‘Namgoong’. This is fiction, of course, and in reality it is a set, built by the director and production designer.

The house has a manicured garden that you can view through a massive, single pane of glass, along with a glass door. The bedrooms are upstairs, but there is another secret level to the house, a cellar, more like Hitler’s self sufficient bunker in his last days in Berlin, that the ubiquitous ’Namgoong’ apparently built to stay safe from a possible North Korean nuclear attack.

The film is funny, sad and unpredictable in narrative, but too obviously schematic in design. The storied architecture of the sets explains the skewed class structure of South Korea, and indeed any nation that has turned capitalist with a vengeance. A small percentage of the population controls almost all the wealth, and most people, like the Kims, live in poverty.

The rich Parks can afford to employ them; as driver, housekeeper and tutors to their children. But once in this luxurious and beautifully decorated home, the servants are left free to exercise a moral code. Do they remain exploited, with wages that are a tiny fraction of that earned by their corporate employers? Do they allow themselves to be hired and fired on a whim, tossed out into the rain without social security? Or do they turn parasite, and feed on those who feed them?

Director Bong Joon-ho loads his film with allegories and symbols – the internet versus morse code, the scholar’s rock versus the murderer’s rock, books versus paintings, sex versus death, ghost versus reality, North versus South Korea – that gives ‘Parasite’ the kinetic energy that keeps you engrossed. But it also has the effect of turning the movie into a self conscious work. This takes away from the naturalism of an earlier engrossing movie by this gifted director – ‘Memories of Murder’ – a film about the social and political impact of a serial killer in Korea.

Still, ‘Parasite’ is a recommended watch.