South Indian actor Prakash Raj has just won his fourth National Award. But his struggle as an artiste is far from over, he says. 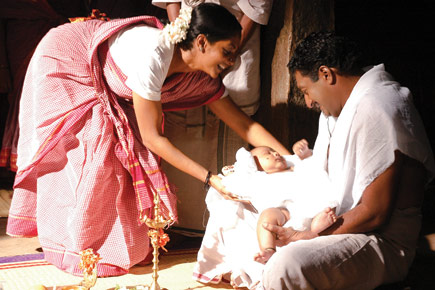 Actor Prakash Raj has just won his fourth National Award. But his struggle as an artiste is far from over, he says.


Q You’ve been mainly known to play characters caught in a moral dilemma. Why are your best roles always serious or dark?

A That’s because of my theatre background; there’s always a hunger to do substantial roles. In the film industry, everyone only wants to be a star. No one wants to be a good associate, technician or behind-the-scenes person or to religiously cultivate a talent. I have never wanted to become a star and am only interested in well-crafted roles. So naturally, I’m inclined towards aesthetically-demanding characters. By the way, I think I’ve done some good comic roles too.

Q What prompted you to do Kanchivaram?

A The script. It’s a compelling family story [which deals with the life and uncertainties of a silk sari weaver in the temple town, set in the early half of the 20th century] and I played a character that I related to immensely and intensely. So I did it.

Q Do you prepare for your roles?

A No. I’m a believer in Zen Buddhism. I let life happen. My approach to acting or a character is to keep my mind empty, so that I can immerse myself in what the character does completely.

Q You’ve acted in Tamil, Kannada, Telugu and Malayalam. Which language are you most comfortable with?

A Frankly, all of them. I think my identification with what I do makes the acting and intonation easier.

Q Are you happy with the cinema you have done? Like many senior actors—for instance, Kamal Haasan—you have not stopped doing crass commercial films and serials. Why?

A I need the money to run my own production house and do the quality cinema I want to. The problem with Indian cinema (both Hindi and South Indian) is that we don’t have an evolved film culture. Cinema is not a profession here; it’s a means of survival. So, quality automatically suffers, and economics takes over. In the West, the performing arts have an entire infrastructure to support actors and technicians. You are groomed to pursue your passion without having to constantly worry about your daily life. Here, no matter how established you are, life as an artiste is still a struggle.

Q Does winning the National Award (your fourth) make any difference to you?

A It’s a great award and I realise its importance. But it doesn’t change anything. I will still go to the sets tomorrow and have to give my best. It doesn’t necessarily mean that an actor has ‘arrived’. But I will never forget my first National Award for Best Supporting Actor for Iruvar in 1998. That was very satisfying.

Q Should you have got more appreciation from the rest of India? Also, many films from the South are coming in Hindi versions—like Ghajini and the soon-to-be-released Wanted—but the South never gets the credit. Do you feel hurt by that?

A Tough question. But let me say that even though we are one country, it is not possible for the arts of one place to reach another corner. For instance, you can’t expect Kanchivaram to do well or even be seen and understood in interior Uttar Pradesh. The cultural connections are different. Also, Hindi has an audience in the South, but that doesn’t cut into the audience for Southern films at all. To be known all over India, if you’re a noted actor from the South or Bengal, is a bit of an abstraction.

Q Are there films and serials you regret having done?

A I don’t want to talk about them. It was my decision and only I can be blamed. I won’t blame others.

A Of course. Almost always, villains are more interesting.