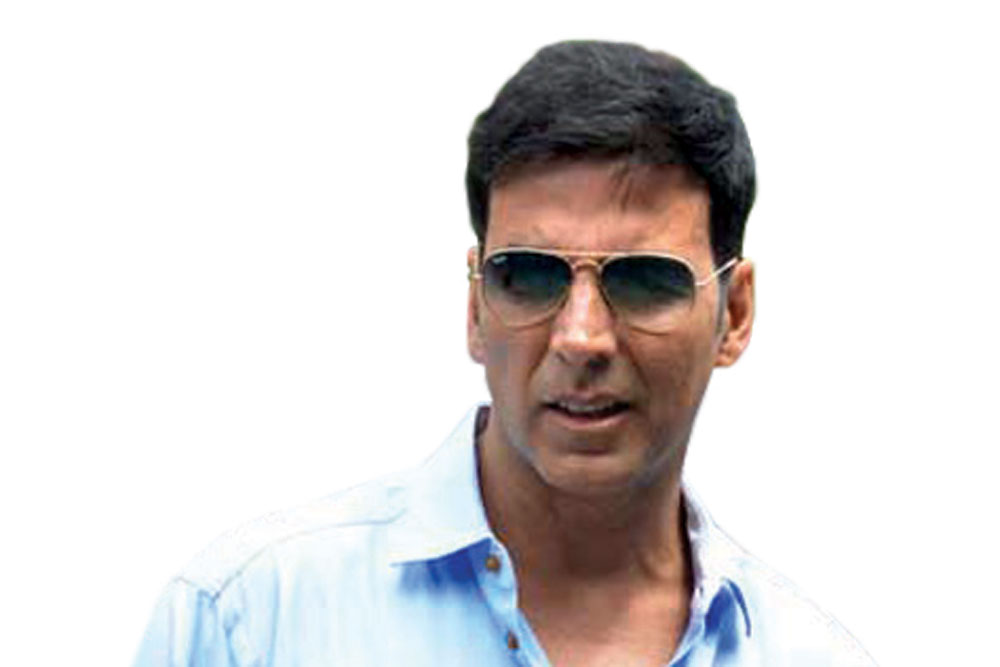 
Akshay Kumar is determined to be the first male A-lister to take a ‘big’ movie straight to streaming. Industry insiders suspect it’s because the stakes aren’t as high for Khiladi Kumar as they are for the likes of Hrithik Roshan, Aamir Khan and Salman Khan who seldom make more than one film in a year; Akshay frequently has as many as four or five releases in the same calendar year. Even if the decision turns out to be a bad one, he’d have four other films to offset the potential fallout from this one. If it works though, he’d be recognised as a risk-taker, a visionary even.

The only hitch could be that Laxmmi Bomb, the film that Akshay has reportedly picked to drop directly on the Disney+ Hotstar service, isn’t entirely finished yet. The film’s co-producer, Shabina Khan, has been telling friends that there’s still two days of shooting left and some post-production to complete. Industry folks have been joking that Akshay will find a way to lock the edit without stepping out of his home to complete the shoot if the price offered by the streamer is right. If they’re crucial portions, there’s a good chance the team will complete the shoot with a minimal crew the moment lockdown is relaxed and they have the permission.

Nawazuddin Siddiqui travelled to his mother’s home in Budhana village in Uttar Pradesh last week even as his wife Aaliya filed for divorce from the actor. He has, until now, remained silent on the subject, refusing to respond to Aaliya’s accusations of physical and mental torture. She has said his brother Shamas had physically hit her previously, and has alleged that Nawaz and his family caused her ‘severe mental stress’ during the 10 years that they have been married.

This is the actor’s second marriage; the first ended in divorce. Aaliya has pointed to that and added that there have been four divorces in his family, suggesting a pattern of abuse and harassment. At the time of going to press, her lawyer revealed that Nawaz had not yet responded to the legal notice that Aaliya sent him on May 7th, seeking a divorce and maintenance.

A close friend of the couple, on the condition of anonymity, says Nawaz and Aaliya (who has since changed her name to Anjana) “have gone through a lot since they were married”. The friend says Nawaz’s career took off, and with that he became more and more busy. “His family decided to live with Aaliya and him, and that created its own problems. Plus the fact that he was away on shoots for long durations of time. Aaliya did not want to have to share her home with his folks while he was himself away.” Putting the blame squarely on circumstances, the friend says: “Nawaz and Aaliya would have pulled through if they had their home to themselves, and if they’d invested more in their marriage. It’s a shame. There are two small kids who’re stuck at the centre of this ugliness.”

The producer father of this young actress was reportedly concerned when he found out his daughter’s next film was being sent straight to streaming. She’s only had one theatrical release so far; her second film was a made-for-streaming project. And now this! He wasn’t sure it was the best thing for her career.

The film’s producer convinced the actress’ father that there was no cause for concern. The film would likely have a much bigger audience on streaming. Also, he assured him that there would be huge promotional splash around the time of the film’s release. Besides, he reassured the producer papa that the other film she’s doing for the banner would definitely open in theatres.

The concerned father was satisfied with the producer’s assurances. The actress herself is very excited about the film. But now there is news coming in that another film she completed before lockdown may also be heading for a streaming release. Unlikely that her father would be pleased.