There is a refined style of storytelling at play here, but this film fails to make an impact 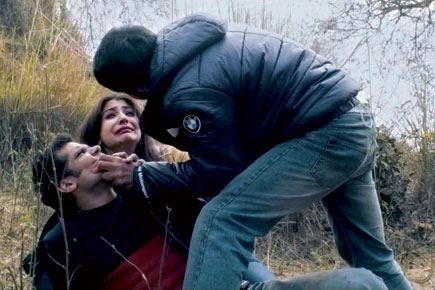 NH 10 is competent filmmaking but average cinema. This is a tale of young urban professionals hurling themselves headlong into an honour killing they see on a trip down ‘NH 10’—a highway that starts from Delhi and traverses Haryana and Punjab. The setting and ambience of the film are convincing, the violence is graphic, but the film says nothing about the brutality of the entrenched feudal patriarchy in these parts, except to say: ‘Kill the monsters and be done with it’.

In other words, the social commentary aspect of this movie is about as effective as an enraged post on social media. Given the decent cinematic skills on display, and the distinguished producers on the credit roll—Anurag Kashyap and Vikramaditya Motwane among them—this is a huge disappointment.

NH 10 is like an avenger Hindi film with a female protagonist from the 80s—Rekha in Khoon Bhari Maang and Dimple Kapadia in Zakhmi Aurat come to mind. The only difference is that the storytelling ambience here is more sophisticated and the film starts off by avoiding melodrama. Meera (Anushka Sharma) and Arjun (Neil Bhoopalam) appear to be a happily-married working couple when a nasty situation confronts Meera while she is driving home alone in Delhi. She gets a gun for her protection after this incident, but it doesn’t make her feel any safer. On the contrary, it is the possession of this weapon that places her and Arjun in a catch-22 situation shortly after, when they go for a holiday driving down NH 10 and see a woman and a man being beaten and dragged into a car.

The ruthlessness of the scenes that follow are scary enough to hold you to your seat, but as soon as you see the resolution that follows—an eye for an eye that makes everyone blind—the film loses its grip. It amazes one to see how little thinking went into the plotting of NH 10.