Cinematic and historical references aside, Begum Jaan is a disappointingly loud and hectoring film 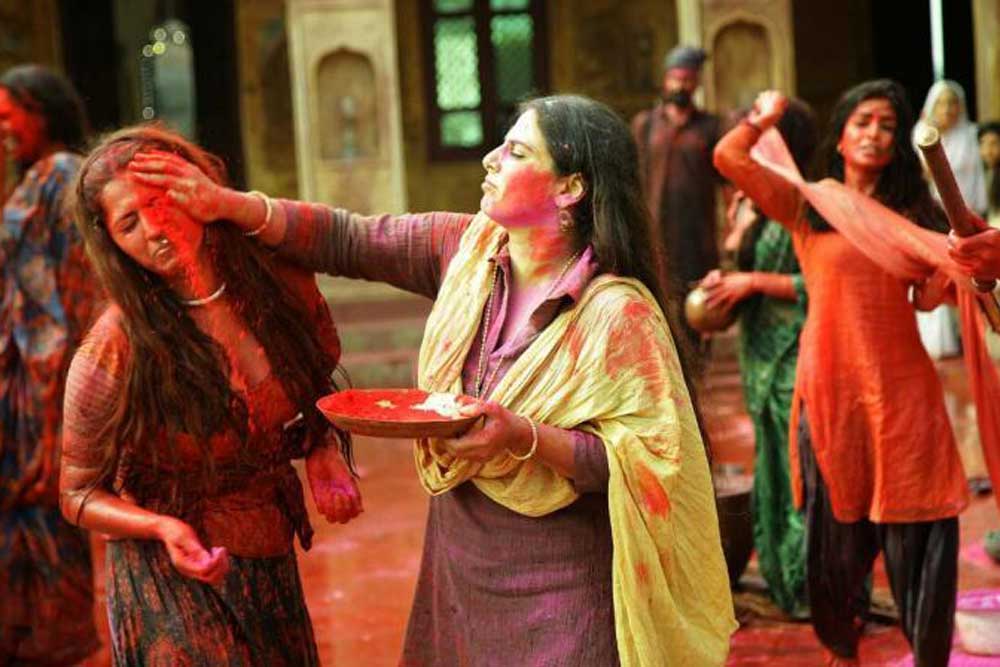 Begum Jaan owns a Kotha, the geographical location of which happens to fall exactly on the Radcliffe line drawn up in 1947 to demarcate the boundaries between India and Pakistan. She is asked to vacate her premises so that it can be converted into a border check point. She is astounded by this demand. When told about Independence from the British and the two nation theory that has necessitated this division, she laughs out loud and says that this idea is ridiculous. Independence from men has not arrived for women of either nation, she says, nor will it in the near future, and so she cares two hoots for an artificial border that will take away the only freedom that she and her motley group of kotha girls – Hindu, Muslim and Sikh – have ever enjoyed; their own home, where they are free from the economic and social control of men.

It is certainly an interesting premise for a movie, but the writing and direction is so loud and melodramatic and so full of overt symbols of resistance, that the film, after a point, becomes virtually unwatchable. The movie starts off with history rammed down our throats with the description of the collision course between the Congress and Muslim League, the inevitable acceptance of the need for two separate nations to be created, the idealism of the ’tryst with destiny’ speech of Nehru, and the immediate bitter realization that the implementation of the Radcliffe line would draw blood from both infant nations – on a scale that was unimaginable when it was hastily conceived and drawn on the map.

It is the outstanding cast of the film which restores periodic order and sanity to the movie. Begum Jaan (Vidya Balan) makes a number of speeches, mostly on the status of women, which are recorded like monologues in a play. As with an actor on a stage, she delivers her lines partly to the character she is speaking to, and partly to herself, like in a thought process that is spoken out loud. But, mainly, she addresses herself to the audience. So a direct theatrical connection is established between Begum Jaan and us. The primacy of the spoken word is upheld, and Vidya Balan’s tenor of voice and style of dialogue delivery is highlighted in the movie.

Led by the Begum, an entire battalion of women, amongst them, Rubina (Gauhar Khan) and Gulabo (Pallavi Sharda), learn to use weapons, and turn their Kotha into a fortress. This is uncannily similar to the concept of Ketan Mehta’s iconic ‘Indian New Wave’ film, Mirch Masala, in which a group of women are holed up in a red chilli factory, laid siege to by oppressive men. That film was realistic in its period setting and writing. Begum Jaan, on the other hand, is wildly melodramatic.

Amusingly, Srijit Mukherji, the director of Begum Jaan, pays conscious homage to the earlier film in the creation of an elderly Raja (Naseeruddin Shah), an influential patron of the Kotha, who has left his record player behind and wants a live singing performance from Begum Jaan to accompany his lovemaking to a Kotha girl of his choice. It is a really kinky scene, and reminiscent of the gramophone possessing Subedar in Mirch Masala, played by a young Naseeruddin Shah, who harasses the life out of the character played by Smita Patil.

But cinematic and historical references aside, Begum Jaan is a disappointingly loud and hectoring film, with few scenes that allow the cast to be nuanced in the portrayal of their characters. This results in a one dimensional perspective of an extraordinarily complex drama of individuals trapped in the quickly developing sand storm of history; the drawing of the Radcliffe Line, followed by the ghastly trauma of partition.