With ‘Mukkabaaz’ last year, and with ‘Manmarziyaan’ today, Anurag Kashyap looks more and more like a mainstream film maker 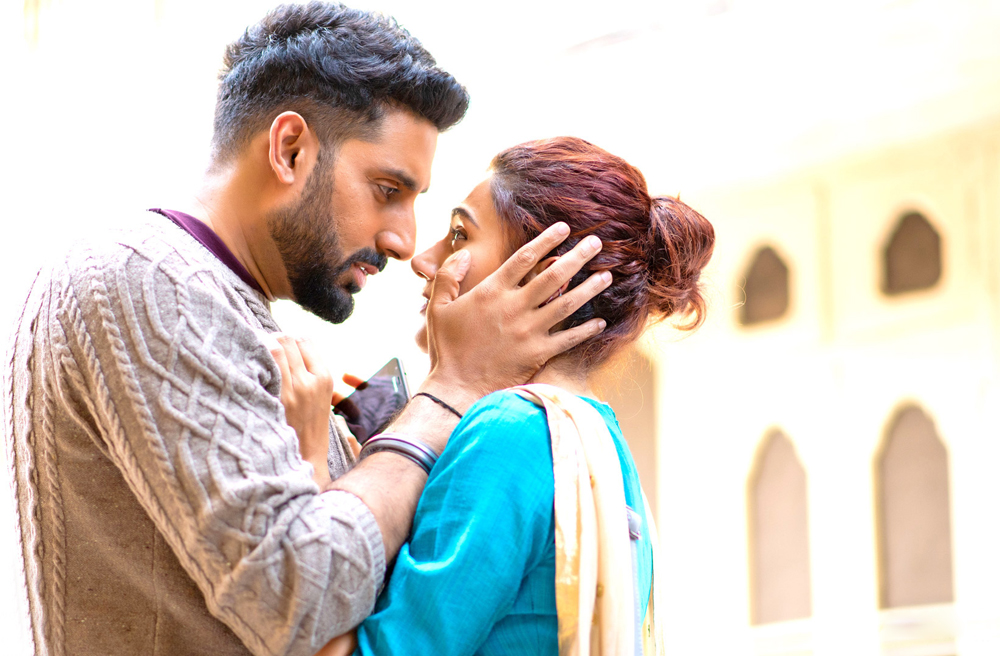 The title of this film is a concoction of the words ‘mann’ and ‘marzi’, and it is clearly a description of the ‘free-spirited’ temperament of the lead character in the movie. Rumi says and does what her mind and heart wishes, and her decisions will not be altered by men, women, family or community. As the 13th Century poet with the same name, Rumi, wrote: “They say there is a doorway from heart to heart, but what is the use of a door, when there are no walls?”

In fact, the movie begins with a door. Rumi Bagga (Taapsee Pannu), has sneaked her lover boy, Vicky Sandhu (Vicky Kaushal), into her room on the terrace of a home in Amritsar. Her family has known about her clandestine activities for a while, but now people in the community of Sikhs to which she belongs are talking about it. After much banging on the door, a defiant Rumi emerges with a chastened Vicky, who slinks past the embarrassed family and into his vehicle parked outside.

He is a DJ into ‘Bhangra-rap’ who has wrapped Rumi around his little finger, metaphorically speaking. They have great sex and can’t get enough. You’ve got to give it to Vicky. He has this funky hairstyle with a ‘mohawk’ cut, cool shades, drives an open jeep, gyrates beautifully, and makes the best music. He is irresistible to Rumi, and this is why her family are worried. They think he is not husband material. But Rumi can see no flaws in the man, and states proudly that he will come with his family with an official marriage proposal on a given date. Of course, Vicky is a man with a fixed address, but no fixed plans, and fails to turn up – twice.

So Rumi, against her better instincts, agrees to an arranged marriage with a London returned Sardar, Robbie Bhatia (Abhishek Bachchan). Writer Kanika Dhillon and director Anurag Kashyap have set up a love triangle, but with a post-modern generational difference. The judgement department of such relationships in traditional Hindi cinema has been deleted. So you have a husband who understands his wife’s addiction to her boyfriend, and decides to wait, hoping that their passion will cool off with time. It doesn’t, and when he realises that Rumi makes love to him, seeing Vicky in her mind’s eye, he decides to throw in the towel.

The script is ideal material for a web series, and we would love to see what happens to Rumi, Vicky and Robbie next week, or the week after. But as a movie, the narrative ends two thirds of the way through. Till the interval, the film is very entertaining for two reasons. One is the use of evocative Punjabi-Hindi, particularly the one liners by the supporting characters, all of whom are wonderfully cast. Some of their comments are laugh-out-loud in colloquial humour. The second reason is the one woman tornado played by Taapsee Pannu. She is a twister who roars through Amritsar, at all hours of the day and night, loving, cursing and being hilariously outspoken. On one occasion, when asked if she has come to fight, she yells out, ‘no, I’ve come for a kitty party’.

But the query that is top of the mind on watching ‘Manmarziyaan’ is on the puzzling course of Kashyap’s oeuvre. This director had defined himself as a critical analyst of behavioural mores in small towns, of the relationship between crime and social inequity, and, most importantly, as a commentator on, and a game changer of, traditional cinema narrative. With films like ‘Dev.D’ and ‘Gangs of Wasseypur’ which he directed, and ‘Satya’, which he co-wrote, he triggered a film movement, much of it mentored by himself. This is no mean achievement.

But where is the film stylist now? With ‘Mukkabaaz’ last year, and with ‘Manmarziyaan’ today, he looks more and more like a mainstream film maker with a fine command of film technique, whose unique and original perspective has been merged, unobtrusively, into an amorphous entity called pop cinema.