Man Against the System

Jayan Cherian is no stranger to controversy, he tells Shahina KK about the challenges of releasing his film on a gay love story 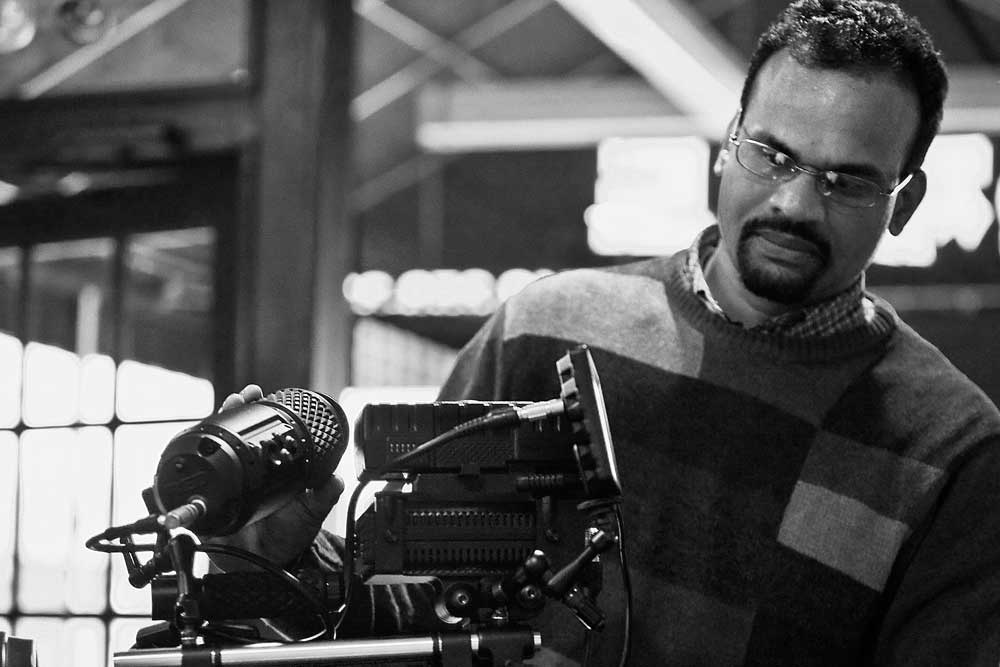 IT TOOK OVER three years for Jayan Cherian, the New York- based Malayalam filmmaker to release his film, Ka Bodyscapes which deals with the issues of gay relationships and religious fundamentalism, thanks to the Central Board for Film Certification (CBFC). the film finally got conditional clearance to release last month. But even after the Supreme Court scrapping Section 377 of the IPC, it has not been smooth sailing for Cherian and his film.

The film portrays the attitude of society towards homosexuality and feminism. It revolves around the experiences of the three protagonists—Haris (played by Jason Chacko), a free-spirited gay painter, his love interest, vishnu (Rajesh Kannan), a Hanuman bhakth from a Hindu right-wing family, and Sia (Naseera) a young feminist rebel from a conservative Muslim family.

Cherian’s troubles started after the filming was completed in 2015. taking a cue from the director’s Facebook post, right-wing trolls started targeting him. In July 2015, the regional officer, CBFC, thiruvananthapuram, refused to issue the certification to the film as the committee felt that its content ridicules and humiliates Hinduism, by portraying gods, such as Hanuman, in poor light.

The CBFC appealed before the High Court of kerala. the bench observed that considering the peculiar nature of the film, the members of the CBFC Censor Board should watch the film and pass appropriate orders. However, in violation of the order, the film was reviewed by a subcommittee of the CBFC, headed by then chairman Pahlaj Nihalani. A contempt of court case was filed before the kerala High Court, which held that the CBFC was in contempt but gave a chance to purge the contempt by having the members watch the film again. the film was watched in thiruvananthapuram. there was a split verdict, and Nihalani decided to ban the film. However, the Censor Board Chairperson had been changed by then, and time was sought for the new chairperson to take an appropriate decision on the film. on September 19th, 2017, the Censor Board issued a letter stating that the film be released with cuts.

“The entire process of the certification of the film was a farce. I don’t think anybody who watched my film as part of the board, could make anything out of it. A woman member of the Board who watched the film in Mumbai, asked why I named a Muslim girl after a Hindu ‘Goddess’. She had mistaken the character Sia for Sita whom she thinks is a Goddess. She said she knew Hinduism as a Brahmin woman, and I must be ignorant of this because I was a ‘Cherian’. It was really hard to convince her that it is my father’s name and I am not a believer of any religion,” says Cherian.

“Ka Bodyscapes evolved from the ‘Kiss of Love’ protests which took place in Kerala in 2014,” says Jayan cherian

“As a filmmaker or writer, I want my work to be a marker of our times and its politics. My energy comes from social movements. As far as Ka Bodyscapes is concerned it evolved from the ‘kiss of Love’ protests which took place on the streets of kerala in 2014 as a resistance to the repeated incidents of right-wing-moral policing. I was at home, when the kiss of Love protests happened in kochi and kozhikode. I found a parallel between these spontaneous protests and the student’s revolution of France in 1960s. I was taken into custody by the police while I was interviewing the activists in kozhikode. I had been supporting it too. these protests coupled with an incident in kochi where women were humiliated for using sanitary napkins at an office, prompting me to make the film.”

As a graduate from the City College New York, Cherian was a student of Iranian filmmaking legend Abbas kiarostami. “Michael Gitlin and Gustavo Mercado also taught me at Hunter College. I started my career as a filmmaker, visualising my own poetries,” he says.

One of Cherian’s early works, Tree of Life (2007) is an 11-minute long documentary which is a conversation between an Indian taxi driver and a White American male. Parmjit Singh a real-life taxi driver acted alongside a professional American actor. It was a time, post 9/11 when bearded Asians were looked at as potential terrorists.

Shape of the Shapeless, (2010) his acclaimed thesis film, was a character- driven documentary on rose Wood aka Jon Corey, who lives a double life as a ‘male’ craftsperson in New York City by day and performs in clubs as a burlesque dancer rose Wood at night. Cherian says, “It took three years to shoot, 150 hours of footage following the performances of rose through the night clubs of New York. I had to film the transition of flat-chested Jon into rose with breasts, and it was never easy to do it especially with my limited resources.”

His first feature film in Malayalam Papilio Buddha (2013) ,which was shot against the back drop of the growth of identity politics based on Ambedkarism in kerala, also courted controversy. Cherian says, “the politics of identity was long suppressed in kerala society. Papilio Buddha was born as a response to the continued attack against the organisation DHrM [Dalit Human rights Movement] by mainstream political parties. It was my take on contemporary politics but it had a mythical layer also. It was an attempt at a multi-layered narrative.”

Cherian is tired of the constant fight with the authorities, but he says that he is not challenging the system for its sake. “I express myself in my own ways, I would not be curtailing it because I had to wage a long and lone battle to get my film screened.” Fifty-two-year-old Cherian who migrated to the US in 1987, has lived more years there than in India. “When I made Papilio Buddha, it did not make it to the Indian Panorama, as I am not [technically] an Indian citizen. on the other hand I wouldn’t be considered as an American, no matter how long I live there. this crisis is always there. But I love to be what I am.”