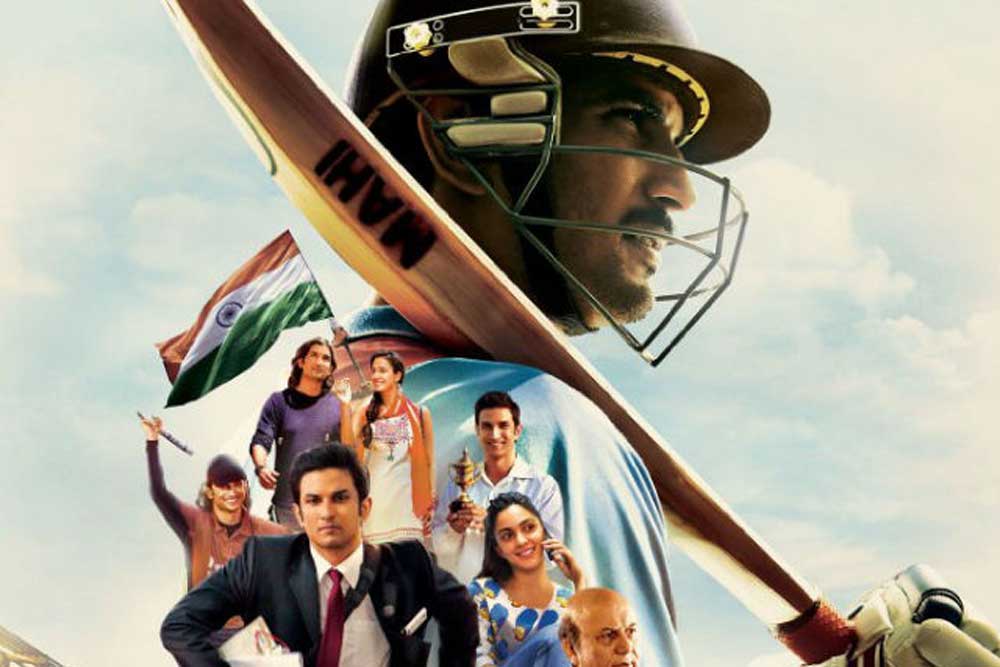 It is not possible to have an ‘untold story’ of a major Indian cricketer, so high is the profile, so public the biography, and so brief the sporting life. But this movie makes a go of it, and works well when it brings alive the world of a talented athlete in small town India, boxed into a patterned, lower middle class aspiration for a secure, salaried job.

The depression that this humdrum life leads to, and the existential crisis that follows, is the best part of this film and puts into shade the subsequent telling of the meteoric rise of this cricketer from Ranchi. The description of the origin of MS (Sushant Singh Rajput), the values instilled in him by his father (Anupam Kher), a hard working Government servant in the lower echelons of town bureaucracy, and the dead end job he himself takes on, for his Dad’s sake, as a ticket collector in the Indian Railways, is beautifully told.

So is the telling of his first romance with a Delhi girl called Priyanka Jha (Disha Patani), a relationship with a sudden ending that comes to haunt him later when he dates the girl that would be his wife (Kiara Advani). With his romantic life, as with his career, he gets a second chance to make amends.

The film seems to suggest that Dhoni’s sangfroid, a quality noted by international cricketers of his generation – an ability to stay calm in difficult and tense situations – as also his Zen approach to both victory and defeat, has its origins in the unexpected disappointments he faced in the early part of his life.

This is all very well, but as we get to international cricket, the subject that made this film worth its telling, the movie gets into this hackneyed narrative mode which says – ‘the rest is history’. Well, it isn’t. Why did he cut short the careers of some of his distinguished peers, on the fitness bogey. What is his view of test cricket, a version of the sport he never liked and was a mediocre judge and leader of? What do his contemporaries and his mentors really think of him? All this is glossed over, in favour of showing MS winning games and crowds hysterically cheering him on.

His greatest triumph, the World Cup of 2011, is summed up with a blitz from his own bat in the final, with nary a look at the one man who almost single handedly made India the champion, Yuvraj Singh (Herry Tangri).

The Achilles heel of this film, a sporting injury and a Greek myth of a tragic flaw that makes a hero mortal, is, ironically, the refusal to see MS as a man, once he has been turned into a God.

That is why the beginning of the film, when the cricketer doubts his own future in the sport, is the absorbing part. The rest is like re-runs of old games.