The movie is too stretched for its own humour 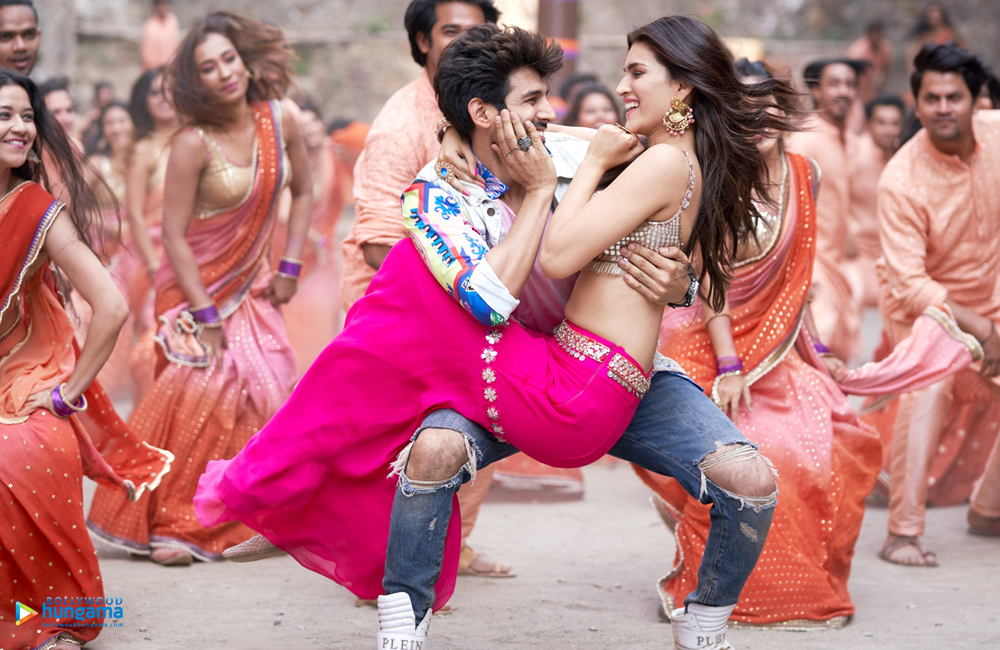 This is a movie about a couple who live in sin at Gwalior, but come back to their home town, Mathura, to live in virtue. It is made clear in the film that a life of sin is infinitely preferable. There are various reasons for this. Chief amongst them is the absence of commitment, a sense of freedom that Rashmi (Kriti Sannon) blossoms in. She is radiant when her boyfriend, Guddu (Kartik Aaryan), overcomes his innate middle class morality and agrees to a short period of getting-to-know each other in a tacky apartment, hired under the pretence of being a married couple.

However, once they are hounded out of paradise by their respective families, they are miserable because they have to continue with the complicated drama of being lawfully wedded. The entire comedy revolves around the humour generated by the unending deceit that they have to construct to keep the fiction going indefinitely.

Besides, sex in a live-in relationship was much more fun. Rashmi, in particular, could breathe, and take time to consider her life, enjoy her freedom, and plan her career. Guddu, on the other hand, is a man trapped by his family hierarchy. He has an unmarried older brother, whom he has superseded in the marriage department. The brother is furious at him for getting so much action, and that too with such a pretty girl. He is loathe to call her ‘bhabi’.

This is understandable. The Shukla family that Rashmi has to pretend to be married into are awestruck by her fashion model image. When this statuesque woman in a low slung, hip hugging sari wanders into the kitchen and offers to cut the vegetables, her mother-in-law demurs shyly, and suggests she look after her husband instead; in ways left unspecified, but orchestrated with much tugging of the ‘pallu’.

The locations at these small towns are well chosen, the visuals are attractive, the character actors perform to type, and some of the conversation is witty. But the construct of the script is circular, and so we have a single motif running for two hours in a loop. Just as we think that the movie is going to skip a rung and move on to another subject – maybe a pretence divorce, or adultery, or homosexuality – it comes back to the same old boring topic of getting the couple hitched for real.

‘Luka Chuppi’ is too stretched for its own humour. The only question to be asked of the film is this: why on earth is actor Pankaj Tripathi making so much time and effort doing an exaggerated comic character who could be better played by Johnny Lever?