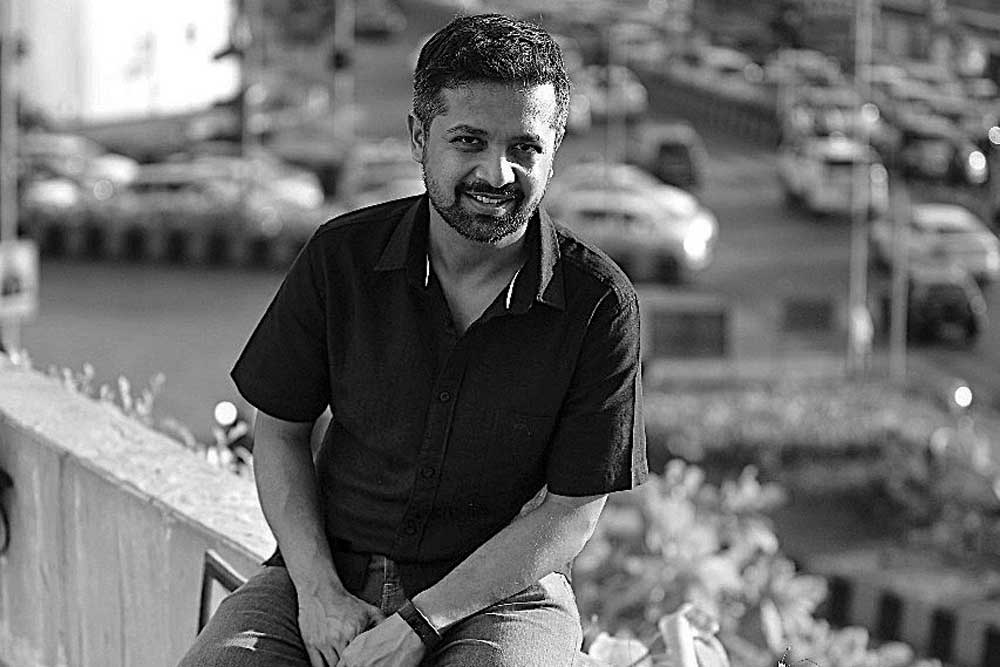 THERE’S A TYPICALLY bittersweet moment in Anand Tiwari’s Love Per Square Foot (the first Hindi film globally distributed by Netflix) where Sanjay Chaturvedi (Vicky Kaushal), an infotech employee at a multinational bank, has just been denied a home loan by his charming colleague Karina D’Souza (Angira Dhar). A frustrated Sanjay retorts that no bank ‘karamchaari’ shall keep him from his dream home for long. Karina, a Bandra Catholic girl, doesn’t know Hindi well enough to understand that the word simply means ‘employee’, and not a pejorative as she assumes. As Sanjay storms off, she runs after him saying, “I’m not a bloody karamchaari!” even as their colleagues watch, bemused. It’s a brilliantly orchestrated scene, wholly in line with both this film and Tiwari’s past comedic work, where some of contemporary India’s most abrasive binaries are explored: Hindi versus English, old versus young, conservative versus liberal, the Nehruvian socialists of the previous generation versus the unabashed consumers of this one.

Tiwari, 34, is perhaps best known for directing Bang Baaja Baaraat, the zany, laugh-a-minute 2015 web-series. He has also acted in films like Kites (2010), Udaan (2010) and Go Goa Gone (2013) and Sex Chat With Pappu Aur Papa (2016), a web- series on sex education. Love Per Square Foot is a sweet, well-written romantic comedy. Its already smart material is elevated by ace performances by the lead pair (Kaushal and Dhar) and a ridiculously strong supporting cast in Ratna Pathak Shah, Supriya Pathak, Kunaal Roy Kapur and Raghuvir Yadav. The premise is simple: two twentysomethings, Sanjay and Karina, stifled by their cheek-by-jowl lives, decide to fake a marriage to apply for a coveted lottery—that of a ‘married couples only’ government housing scheme. As the masquerade proceeds, however, sparks fly and the two are faced with a difficult decision.

Last week, ahead of the film’s global release on Valentine’s Day, I caught up with Tiwari over a phone conversation.

“I grew up in central Mumbai, in Matunga Road, where people had two obsessions: cricket and films,” Tiwari says. “And even the ones who did not watch films were definitely obsessed with cricket, with Shivaji Park being nearby.” The director belongs to a family of doctors. Studies were not to be taken lightly, as the young Tiwari soon realised.

“I had a very serious upbringing; very middle-class, quite conventional. Kheloge koodoge hoge kharaab, padhoge likhoge banoge nawaab (‘Fun and games make you good-for-nothing / Read and write if you want to rule’) was drilled into us. When my father got to know that I had enrolled for a degree in advertising— and not a BSc, as he wished—he did not speak to me properly for a year.”

Being an actor myself, I think I understand the psychology of actors. I personally feel all actors are children at heart” – Anand Tiwari, filmmaker

As a child Tiwari would watch the latest movies in one of the three old- school halls that were famous during his childhood, namely Baadal, Bijli and Barkha (a set of three adjacent theatres off Lady Jamshedji Road in Mumbai). Here, then, was a boy who had become part of what the novelist and poet Jerry Pinto once described as Mumbai’s ‘furzdayfurshow ’ (first day, first show) culture; the inscrutable thrill one experiences while watching the absolutely first screening of a brand-new film.

Tiwari’s college years at St Andrew’s in Bandra included a lot of theatre, and soon he got involved with amateur theatre productions; acting, writing, directing. This led to acting opportunities in his twenties. “As I started acting,” he says, “I made it into a film school of sorts. I’d shadow every director I worked with. I acted for Anurag Basu in Kites, and went on to assist him on Barfi (2012).”

HIS CURRENT WORK, with its mixture of slapstick, yuppie culture and gentle critiques of the middle-class, may feel like a far cry from Tiwari’s theatre avatar: he has worked with stage stalwarts such as Sunil Shanbag, Ratna Pathak Shah and Naseeruddin Shah. But, as he clarifies, a creator cannot afford to fall into the highbrow/lowbrow trap.

“It’s very easy for me, with my background in theatre and advertising, to be snooty about this. But at the very outset, I was very clear that I wanted to tell an accessible story, not just for Indians but for everyone. And rom-com was the right genre to accomplish this. At the end of the day, I’m talking about conditional love, and that’s not something talked about too often.”

One of the most identifiable features about Tiwari’s stories is that his men are neither woke nor stereotypically chauvinist. They occupy the middle ground that is most representative of middle-class India. Both Bang Baaja Baaraat’s Pawan Sharma (Ali Fazal) and Love Per Square Foot’s Sanjay Chaturvedi are hard-working, EMI-paying, mostly Hindi-speaking young men looking for upward mobility, but not at the cost of losing their essential selves. Importantly, Tiwari exposes their hypocrisies, particularly gender-related, at crucial points in the narrative.

Bringing the best out of an older generation of actors is another of his hallmarks: Rajit Kapoor and Shenaaz Patel in Bang Baaja Baaraat, and the redoubtable trio of Raghuvir Yadav, Ratna Pathak Shah and Supriya Pathak in Love Per Square Foot. Tiwari received a congratulatory note from Ratna Pathak Shah (who plays Karina’s mother, Blossom D’Souza, in Love Per Square Foot) at the end of filming. This was special because, as he says, he had been lucky enough in the past to be directed by her onstage.

He says, “Being an actor myself, I think I understand the psychology of actors. I personally feel all actors are children at heart. All they need is love. And as a director, you don’t want your actors to stop at the script you’ve given them, you want them to take it 10 steps forward.” Listening to Tiwari speaking about the likes of Shah, it makes perfect sense that within his fiction, too, an older generation (of which Shah, Yadav and others are eminent spokespersons) passes on its wisdom to the young without pretentious sermons. The film’s climax features a song by Udit Narayan, whose refrain goes ‘Pyaar mein hai bajti ghanti / Shaadi mein bajta hai band’ (Love is the chime of Christmas bells/ Marriage a shortcut to seven hells). Much like the Kumar Sanu cameo/plot point in Dum Laga Ke Haisha, this works extremely well.

Taking us through the making of the song, Tiwari says, “Gopal Datt wrote that song. He said that the final song had to be written as a seekh (lesson), from the older generation to the current one. Sanjay’s mother tells him the difference between a house and a home. And for us, the only option was Udit Narayan because he fits that profile perfectly, the voice of an earlier generation. Have you seen people from our parents’ generation at weddings? Once all the work is done, when everything is going smoothly, they will have this wry, knowing smile. They’ve actually experienced that pyaar mein ghanti bajti hai aur shaadi mein band.”

Love Per Square Foot a reminder of how the past slips into the present.