If you are stone cold sober and looking to enjoy a great legend on cinema, you may find you are in the wrong movie 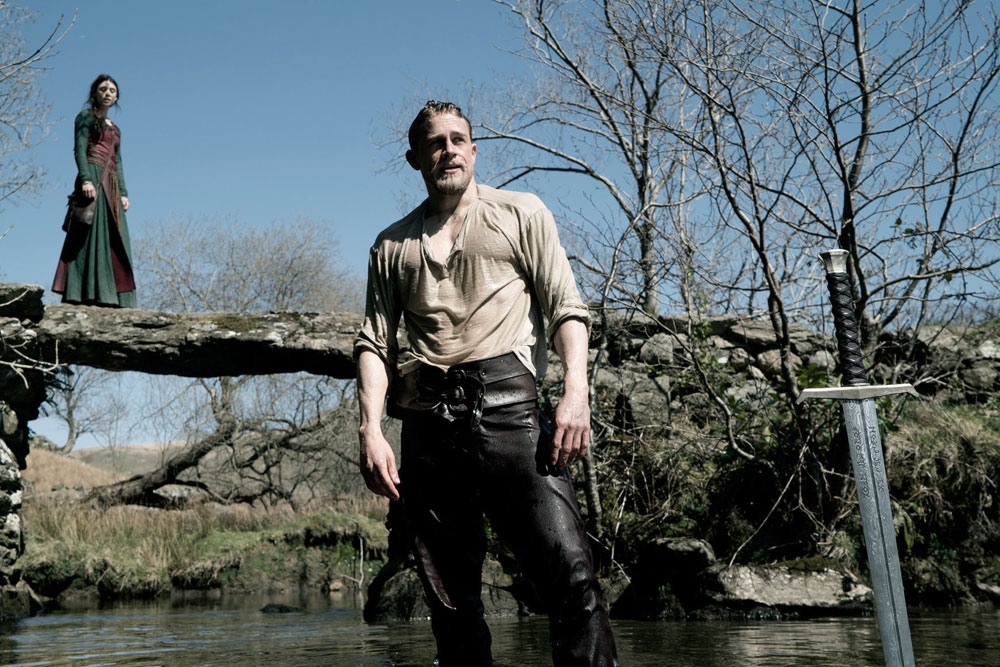 The key word here is ‘legend’ and Guy Richie’s interpretation in this movie is valid, in that so much of the Anglo-Saxon history of the British Isles, especially during the fifth century when King Arthur was supposed to have conducted his fine deeds, is actually folklore. In fact, there is little, or no historical evidence of such a King ever having existed.

So magic and fantasy plays a huge role in converting this era into the story of King Arthur, his extensive conquests and high conduct in those wars, the just laws he laid down for his subjects; laws not evolved on his own whims, but by a democratic process conducted by his noble knights around a round table. The central advisor to the King was a magician called ‘Merlin’, and the weapon of mass destruction the monarch possessed, was a sword called ‘Excalibur’.

So Richie has decided to make a film in which hallucination predominates over reality. He goes about his task with great vigor. The opening scene has a stunningly conceived attack on the King’s castle and fort, which is perched on a sheer precipice. The attacking army, led by a sorcerer called Mordred, consists of giant elephants who obliterate defenders with their trunks. However, the King of the Britons, Uther Pendragon (Eric Bana) manages to recover from the initial assault and defeats Mordred.

But all is not well in the victorious King’s court and that very evening a coup d’etat takes place in Camelot, when the King’s brother, Vortigern (Jude Law), usurps the throne. After this bloody event, only Uther Pendragon’s son, the baby boy Arthur, survives. He is set adrift on a boat which eventually reaches Londinium (London). He is found by prostitutes, who bring him up to defend their profession from exploitation by surly Vikings. This is where Richie gets into his element, and graces Arthur (Charlie Hunnam) with an East End accent. This is probably the director’s coup d’etat – turning the future king into a cockney.

Further, assuming that Arthur is a fantasy figure anyway, the director throws caution to the winds and gives him Londinium immigrant buddies, like an African American (Djimon Hounsou) and a Kung Fu specialist from East Asia (Tom Wu). They all speak in their local accents, and later on in the movie, he adds the football star, David Beckham (in a cameo), to his tribe of merry men. It is a wonderfully cosmopolitan mix, and an affirmation of the multi-cultural ethos of modern Britain. But is it accurate to the fifth century?

No matter. Having rejected all historical antecedents to the legend of King Arthur, Guy Richie gets into the head of the East End lad and tells us of his dreams. Apparently, legend has it that when Arthur drew ‘Excalibur’ from its stone cast, fulfilling Merlin’s prophecy that only the rightful heir to Camelot could do so, he fell into a deep sleep, during which he dreamt of who he really was, or could be. This incident seems to be the trigger for the rest of the movie’s surreal imagery, which is bizarre, to say the least, and continues right through to the end. With 3D to assist him, Richie gives us a phantasmagoric interpretation of the King Arthur story.

So if you are stone cold sober and looking to enjoy a great legend on cinema, you may find you are in the wrong movie. Psychedelic films are best watched under influences that are not connected to cinema.