Julianne Moore: ‘Sometimes we don’t learn about things until we’re ready to hear them’ 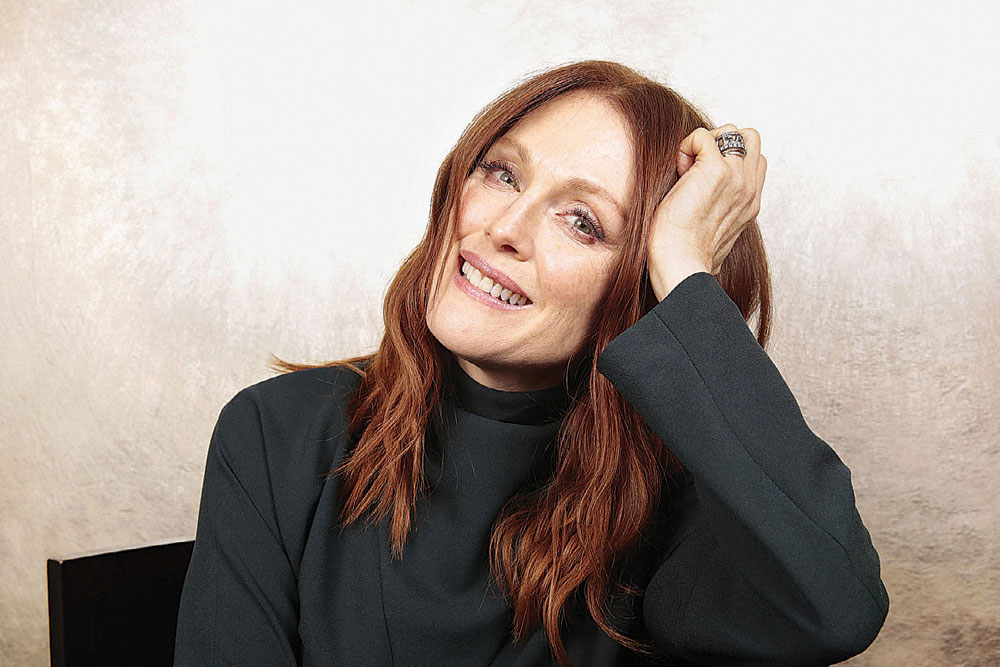 
JULIANNE MOORE STARS as Gloria Steinem in the Amazon Prime Video movie The Glorias, which deals with the feminist movement’s leading figure.

What are your memories of Gloria Steinem, and did she influence you growing up?

I was a teenager in the 1970s so my awareness of the women’s movement was limited, because teenagers don’t pay attention to anything [laughs]. But I do remember the effort to pass the ERA [The Equal Rights Amendment]. I had a button, my sister had a button and it was something that seemed imminent and really important and then it didn’t pass. But the person that really made me aware of what was happening in the world, was my mother who was somebody who didn’t have the advantages that I did and pointed out all of the things that had changed in my lifetime—birth control was available, you could have a credit card in your own name, and that they were going to save for my education. And I was going to go to college and they were going to pay for it unlike when she grew up, her parents didn’t send her to college because they didn’t deem it important so my mother was the one person who said to me, ‘You’re living all the advantages that we have gained for women.’ It wasn’t until I was older that I realised who Gloria Steinem was and some of these other women who are in the film. But the great joy about playing this is that I not only learned what they did more specifically, but I learned about Dorothy Pitman Hughes and Flo Kennedy and Dolores Huerta and Wilma Mankiller. All that they had achieved and how much they stayed in contact with one another too, so it’s important—sometimes we don’t learn about things until we’re really ready to hear them. I see that with my kids too. It’s like when you learn them and hear them it’s a wonderful revelation.

What makes women such as Ruth Bader Ginsburg and Gloria Steinem so impactful?

That’s a really interesting question. One thing I realise about Gloria Steinem is that she’s someone who is incredibly talented at listening and at building coalitions. She was able to bring people around her and to amplify their voices within the movement. And she always says, ‘Remember that we are linked not ranked and we are stronger together.’ She was uniquely able to do that, to not be divisive. It’s the nature of her personality, her thoughtfulness. She learned in India too, with talking circles, with women spending time together. You have to hear these stories to be able to communicate them to the world. And Ruth Bader Ginsburg said the same thing. She said, ‘When you pursue your activism do it in a way that brings others with you.’ So in a time when everything feels so divisive it’s really important to remember that, that acting out of a place of heat or outrage for me is not always the best place to react from. So I always think with Gloria and with Ruth, how do I learn from them, how do I spend that time taking in the information and acting toward a place of building a coalition rather than divisiveness.

What advice would you have given yourself at 20?

That’s an interesting question. What’s interesting is that life is so subjective. We’re always like in it when we’re in it and we don’t know what we need. We don’t know. We don’t believe it, you know. If someone says to you. ‘O my gosh, you’re so young and you have so much time.’ You’re like, ‘I don’t feel that way.’ That’s one of the things that’s interesting in the film as the older Gloria talks to the younger Gloria or the teenage Gloria talks to the little Gloria there’s a spark of not recognising what they’re saying because they’re just not there yet.