The film does not hold you 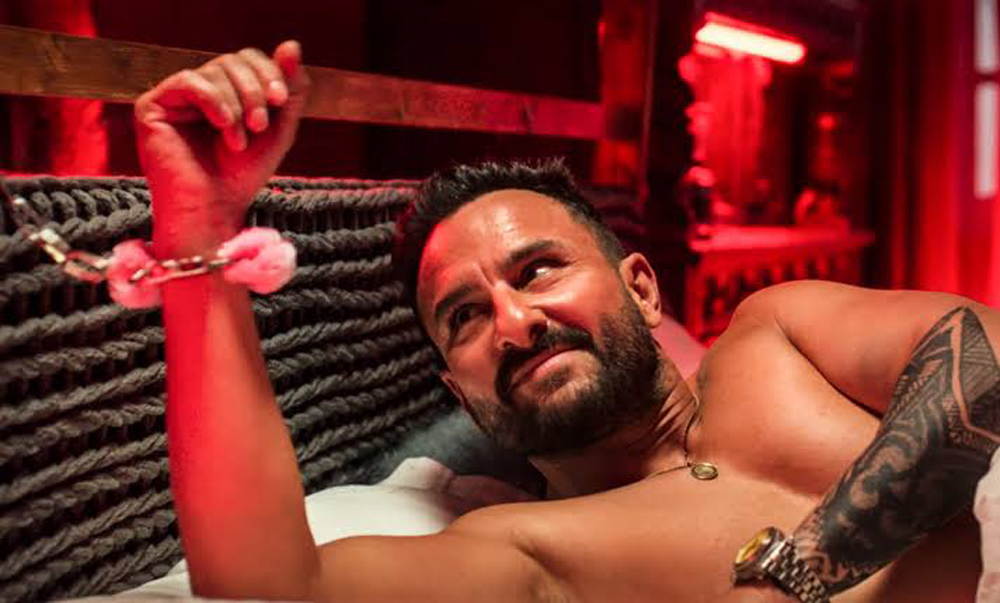 This film takes up an interesting subject, the youth delusion of the middle aged Indian man, but doesn’t do moral justice to it. The lead character, a man called Jazz – his full name is Jaswinder Singh – gets away with eternal bachelorhood. It is even hinted that more parties are in store for him, once he finishes dyeing his hair and getting a new tattoo.

Jazz (Saif Ali Khan) is a real estate agent in London who is an obsessive clubber. He forgets to pay his rent and defaults on his electricity bill, but once it is sundown, he’s your man at the discotheque. He thinks he can drink younger men under the table; hits, or gets hit by women half his age, and dances the night away. If he is sick and is on antibiotics, he is assured by his friend, Rocky (Chunky Pandey), that whiskey is the best antibiotic. The combination knocks Jazz cold, of course, and he has to be helped home by his girl Friday, a hairdresser called Rhea (Kubbra Sait).

Rocky is infected by the same syndrome as his friend, and in a scene that goes against the stream of the largely conformist script, we see Jazz visiting him in hospital after he has had a stroke. He speaks garbled assurances, from one side of his mouth, saying that he will be back soon. You are skeptical, but shortly after, the Hindi film recovery miracle occurs, and Rocky is rocking again.

One night, when Jazz is high as a kite, a young woman says she wants to go home with him. He agrees, but when she tells him her business, Jazz turns stone cold sober. She claims he is her father, from a chance encounter he allegedly had with her mother in Amsterdam. A DNA test is required for proof, says young Tia (Alaya Furniturewala), and for some quixotic reason, Jazz meekly assents to it.

The film attempts to find solutions for the post modern lifestyle of the Indian diaspora. The idea is that loneliness and alienation from a lifetime of living in the West has affected the traditional Indian family life. Men like Jazz are the result of it. They don’t want to get married and have babies. But once they are fathers, even accidentally, they will be smitten by the child, and the extended family will rally around.

It is an artificial elucidation, and the movie suffers from this oversimplification. There is no angst in young Tia for being fatherless all her childhood, and little sense of shock on the part of Jazz, that he was uninformed of this significant development. When the mother (Tabu) turns up, she has no regret of a lifetime of hippiedom, and no words of comfort to offer her daughter. An air of unreality pervades the movie.

So, despite a star cast, and fairly decent performances, the film does not hold you. ‘Jawaani Jaaneman’ is a disappointment.