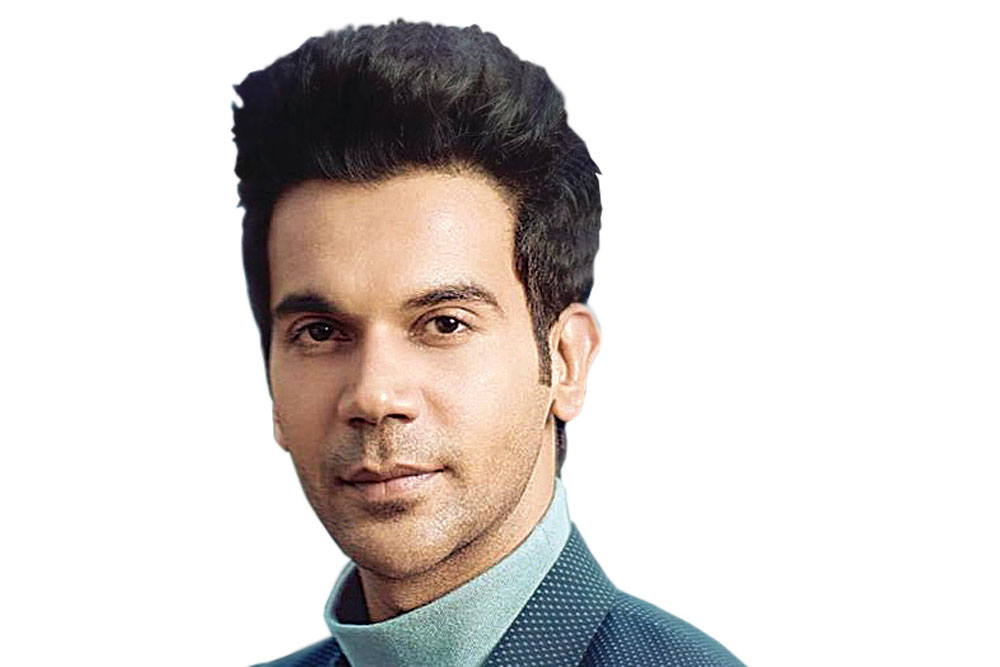 
When Rajkummar Rao turned down a role in the sequel to Dostana, some trolls on social media sniggered that perhaps the actor was not secure enough with his masculinity to play a gay man on screen. Rajkummar himself never clarified his position on the matter. When Ayushmann Khurrana played a gay man in this year’s Shubh Mangal Zyada Saavdhan, he was hailed as one of the first ‘mainstream leading men’ to appear in a same-sex love story.

Any doubts about Rajkummar’s insecurity or his reluctance to play gay on screen should be immediately disregarded, however, given that industry sources are saying that’s exactly what he’s all set to do in his next film. According to reports, Rajkummar and his co-star Bhumi Pednekar will play a gay man and a lesbian woman, respectively, in Badhaai Do, the second film in the Badhaai Ho franchise. While never confirming the premise of the new film, Bhumi told me that “like Badhaai Ho, it is also a film about a scenario that is regarded as taboo in society, but the tone is bittersweet and the story involves extended families and comic situations”.

Meanwhile, Dostana 2 is well into production and the film reportedly stars Kartik Aaryan and Janhvi Kapoor as a pair of siblings who fall for the same man. As it turns out, the exact same premise is also at the crux of Aiyyaa director Sachin Kundalkar’s currently-under-production Netflix film, based on his own novella Cobalt Blue. Prateik Babbar plays the man at the centre of the love triangle in Kundalkar’s film, which is about a young man and his sister who both become romantically involved with a male tenant who comes to stay in their Pune home.

Before he returns to helm the second season of Aarya next year, Neerja director Ram Madhvani will make a ‘quickie’ starring Kartik Aaryan called Dhamaka. Announced a few weeks ago, the film is reportedly a race-against-time thriller and the official remake of a Korean hit in which a television news anchor broadcasts a terror attack live.

The unit is currently quarantining at a five-star hotel in suburban Mumbai before they get on the set to begin filming. Insiders say Ram has created a “bubble”, which means all cast and crew and unit hands will undergo quarantine together and will then proceed for the first schedule of the shoot on a closed indoor set. It is not yet known how and when the team will shoot outdoor action scenes, especially a big set piece in which the filmmakers are expected to simulate a bomb blast at Mumbai’s Bandra-Worli Sea Link.

Sources in the film trade are saying the film, which is produced by Ronnie Screwvala’s RSVP outfit, has been budgeted ‘modestly’ and that Kartik agreed to slash his upfront fee so as not to burden the cost of the project. He is believed to have negotiated a sizeable backend deal on the film, meaning he will claim a share of the film’s profits when it is sold or released.

In Unpaused, an anthology of five short films set around the pandemic, a clutch of Bollywood filmmakers tell hopeful, uplifting stories about unlikely friendships, unusual romances, inter-generational bonding and learning to trust strangers. Nikhil Advani, Nitya Mehra, Avinash Arun, Tannishtha Chatterjee and the duo Raj & DK have each helmed a 20-minute short that they filmed in three days flat with an on-set crew of no more than 10 persons.

Best of the five shorts is Killa director Avinash Arun’s deeply moving story of a migrant couple (played by Paatal Lok’s Abhishek Banerjee and Soni’s Geetika Vidya Ohlyan) who secretly stake out inside a sample flat in an under construction high-rise after they’re kicked out of their rental. It’s funny, and charming, and ultimately heartbreaking. Also in especially good form are Richa Chadha and Ishwak Singh who show up in Advani’s short, which is a story about a neighbour who ends up helping a conflicted woman find her strength.