‘I’m not just defined by being an actor,’ says Hilary Swank 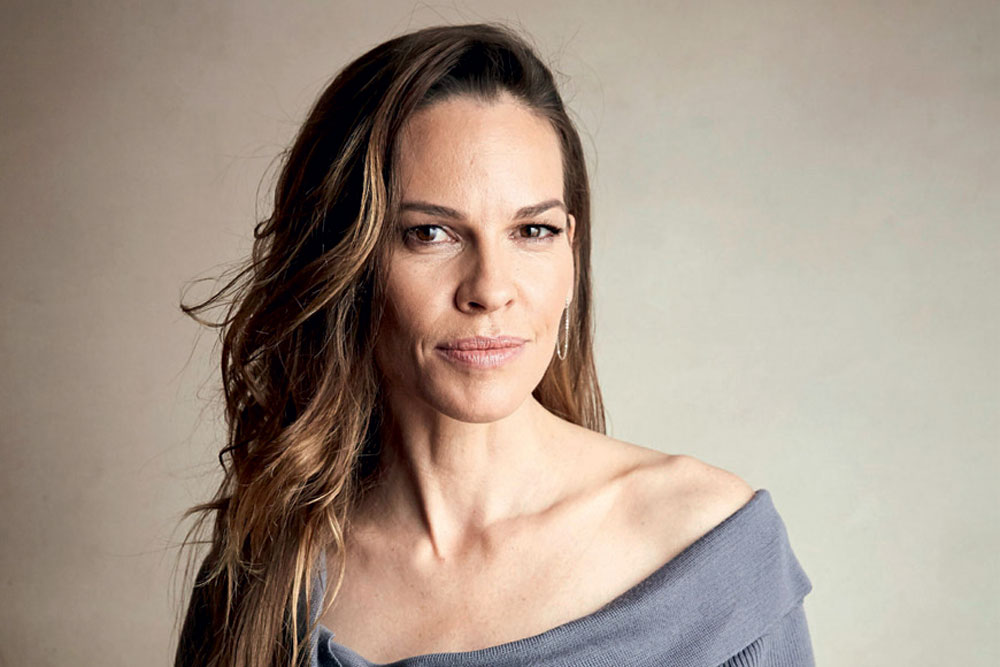 
HILARY SWANK IS Emma Green in the Netflix series Away. She leads an international three-year mission launched from the moon to Mars. She leaves her husband and children behind. Her commanding skills are put to the test. The two-time Academy and Golden Globe Awards-winner talks about the life of an astronaut.

Is there a personality type for an astronaut?

You know, that’s a really good question because I kind of was stereotyping astronauts because we all have that tribal need to define people and I thought they were going to be super brainy and it would be the kind of conversations that were really wordy and really specific. And they were completely not that. They were funny. A lot like Mike, one of the astronauts we spoke to, he was so witty and so charismatic. And some of the women too. It was just such a reminder that we can’t stereotype people and they have a whole range of colour within them. They just happen to be very smart [laughs] underneath everything.

How has lockdown been for you? What are you looking forward to post-Covid?

So, my grandmother passed away, not Covid-related, on March 13. We had just finished all of our press posters and stuff for Away. I had just got back from New York; I went to Iowa for the funeral. It was a difficult journey to get my dad who got his lung transplant. And we went to the funeral, but then all of a sudden it was self-isolation and quarantine. So, I’d to get my dad home safely. And figure that all out. That’s where I was when everything kind of went down. And it was a rollercoaster ride. Most of the time it’s heartbreaking, because there’s a lot of people who can’t make ends meet. There’s a lot of children who aren’t getting fed because their parents aren’t able to work. People are losing their lives. And, we don’t know all the effects of Covid yet.

So, the unknown is really scary in a world where we usually know a lot. I, personally, have just been sitting at home and working on my production company, my clothing line mission statement, and just continuing to make sure my dad stays healthy through this and doing what I can to raise awareness and money for people in need. And, just trying to, like the show, have hope for the future. And knowing that we all need to come and walk shoulder to shoulder in order to beat this together as a global community.

You talk fondly of your dad. You spend so much time away from Hollywood. Do you have doubts about how your career will go?

As much as it’s talked about, I probably should have been worried about it! But I wasn’t, if anything, I didn’t really think about it. I just thought about the task at hand and what was important. And what was really important was the need to make sure that my dad had the best chance at living. I was thankfully in a position where I could take time off of work. Think of how many people there are who couldn’t do that. And I feel so fulfilled in the opportunities that I’ve had. And I’ve been doing it now for so long. It’s almost been three decades.

So, I wasn’t quite afraid that I wouldn’t work again. But if anything, the gift of it was that I got the opportunity to explore more of me and realise that I’m not just defined by being an actor, which I have done to myself. If someone says to you, ‘Tell me about you,’ you probably say, ‘Well, I’m a journalist.’ But it’s interesting that we put our career first. But then I just realised there are so many other things about me that help define who I am and I got to explore that. And that was a real gift. And now I’m back to work and my dad’s healthy, thank god. No regrets.