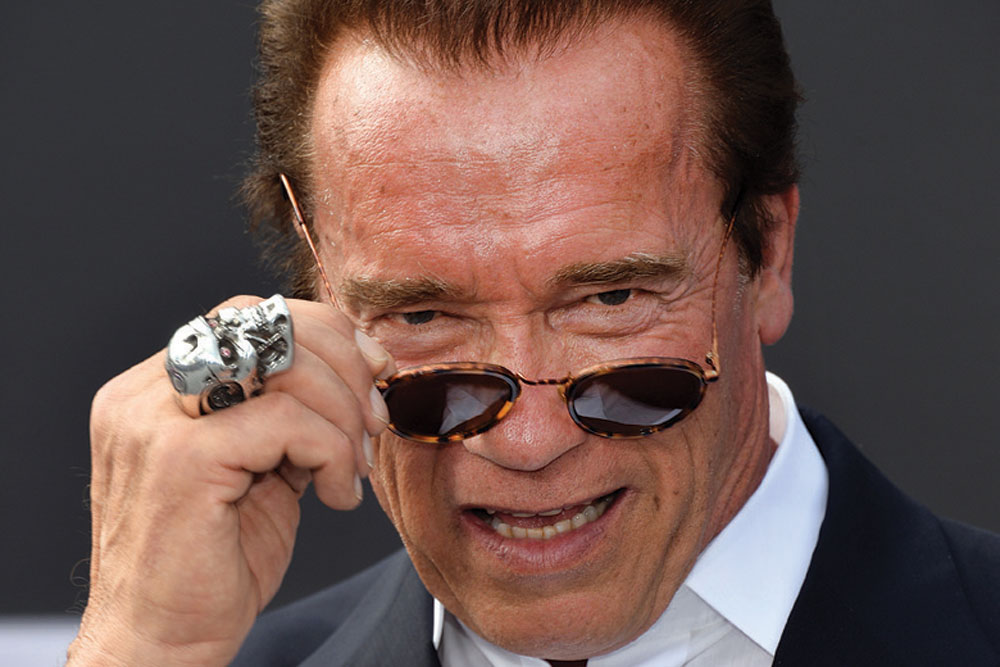 
Arnold Schwarzenegger is a classic rags-to-riches story. A bodybuilder from a small town in Austria, he went on to become one of Hollywood’s biggest stars, who served as Governor of California from 2003 to 2011. Of late, he has been promoting veganism. He is always ready to talk cinema and politics.

Given the current situation in America and the coming election, if you were president, what would you change?

Well it’s such a hypothetical question to answer but I think that since the timing now is such, America is searching for a way to create more equality, I would say this is a priority right now… and it has been since I came to this country. I want to make sure that a black kid that is in Philadelphia or in Baltimore can have the same opportunities that I had when I came to this country. I enjoyed a great education system, I enjoyed that I could get a loan, I enjoyed that I could buy apartment buildings and get into real estate. I got an easy good credit rating. All of these kind of things is not equally available for minorities and especially for blacks and so that would be one of my main issues, not just talk about it but to sit down with Democrats and Republicans and do work on equal housing opportunities, equal criminal justice system and the voting rights so that everyone can vote and not have the polling places of blacks close down so that they make it more difficult for them to vote. America does not even have an anti-lynching law, so that is horrible. So those are the kind of issues I think that are really pressing today. But then of course there’s all the other issues that America has been falling behind because of our politicians being lazy and being locked into their system. We have to build new infrastructure in America, we have to go and do immigration reform, we have to have healthcare reform where everyone is insured and no one has to worry about that and everyone pays their fair share.

If Donald Trump gets reelected what do you think will be the effect on climate change?

Well you know America doesn’t work that way where we rely only on one person. So, it just happens to be that he is not seeing it the same way as we do when it comes to the importance of clean air, clean water and clean soil. And to create a greener environment, I think it is important for people to look very closely at California and they will see firsthand that California has managed to have the strictest environmental laws but they at the same time have the most successful economy. We passed the Green Building Initiative and the Low Carbon Fuel Standard and all those kinds of laws that really moved California forward.

All they have to do in America is… Washington has to copy California and then they will go and have the most successful kind of a future and we will really truly reduce greenhouse gasses in America and therefore all over the world and also inspire countries. So I think that’s why we are going to the environmental conference in Vienna in order to inspire other countries, to tell them that now is the time when we go and put all this stimulus money into these various different countries to rebuild our economy green and not to go back the old way. If you have a choice today to invest in a dial phone, in the old system of dial phone or if you want to invest into a cellphone you would invest into the cellphone not in the old technology of a phone that needs to have landlines and stuff like that. So I think the same is true with energy, we have to invest in solar, in wind, geothermal and those kind of technologies, electric cars, hydrogen cars and so on. So that just shows you the huge success that is there by creating jobs, green jobs, rather than the dirty fossil fuel jobs.