As his new film gets ready for release, Rock On!! director Abhishek Kapoor explains why he will never run after stars again 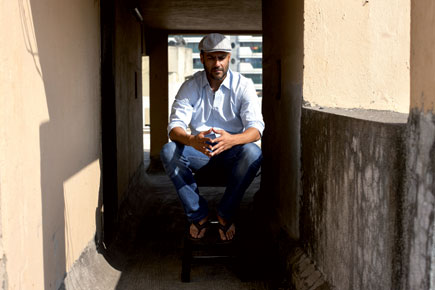 As his new film gets ready for release, Rock On!! director Abhishek Kapoor explains why he will never run after stars again


Sitting beside a set of huge French windows that look out at Khar’s prime real estate, director Abhishek Kapoor works on his laptop, sipping coffee and looking relaxed yet purposeful. He has wrapped up the shoot of his third movie, Kai Po Che! (based on Chetan Bhagat’s book The Three Mistakes of My Life), but promotions are just about getting started. The movie, which revolves around three friends and their ambitions as they live in turn-of-the-century Ahmedabad, is mainly about a relationship Abhishek has tackled before—friendship. After all, his National Award-winning film Rock On!! was an ode to male bonding. The main difference this time round is that the movie is set in a milieu Kapoor is not familiar with—the middle class. But as the Bombay boy says, he loves a challenge. “It’s important to go out there in unfamiliar territory. You get bored otherwise. My mother has a middle class background, she used to live in Girgaum. So I am aware of that value system. I quite enjoyed it. And nobody ever goes to Ahmedabad to shoot a movie. We found beauty in our own country; we actually shot Ahmedabad in different times of the day so it looks beautiful.”

Even though Rock On!! is as urban as it gets—it tracks the lives of members of a rock band—Abhishek made sure the opulence didn’t overshadow the content. “I feel these days some movies should carry the credit for costumes first. The costumes take away from real content. You get distracted and by the time the movie is over, you have a glitzy experience, but nothing other than that.” Abhishek insists that since he works really hard on his characters and situations, he doesn’t want anything to take away from that.

Arjun Rampal, who worked with Abhishek in Rock On!!, is a fan of the director’s attention to detail. “Gattu [as he is called fondly by the industry] is one of the most sensitive directors I have worked with. He captures emotions effortlessly as he has a great eye for detail. His biggest strength is his understanding of different dynamics in different relationships,” he says.

Abhishek started out as an actor and then made his first movie, Aryan, in 2006 and Rock On!! in 2008. It took him almost five years to get to Kai Po Che! “I bummed around a bit. Then, when I started writing, it took time as it’s hard to adapt a screenplay from a book. I wrote 10 drafts before I got a handle on it.” And even though he brushes off his career as an actor as embarrassing—“I cringe when I see some of the clothes I wore. I don’t wear colour anymore because I got so psychologically scarred. But I really didn’t get a chance. Nobody worked with me like I work with my actors”—he has now been around for a long time.

So why didn’t he cast stars in his third and most ambitious movie yet? “First of all, they are great actors. Like Sushant Singh Rajput, who I realised later was so popular. We were shooting in small places and girls used to come out and shout ‘Manav’ (Sushant played a popular character in Zee’s Pavitra Rishta),” he says, and then adds, “But also, none of our younger stars are secure enough to be in such a movie. They would be worried about what the other actor is doing. This is not a movie about one hero and two flunkies. I want people to connect with my movie. They should feel that it’s them up there.”

Amit Sadh, who plays Omkar Shastri in the movie, says, “I will be ever grateful to Gattu sir for choosing me to do the role. I had left India and learnt acting and came back to go through this audition. I was finding myself. It was a process. Thankfully, when he saw my audition, he felt that I could play the part and I will be ever grateful to him. He was always there to guide me while filming and will always be my guide. He made me become the character I was playing and I hope people will like what he has got out of me.”

But Bollywood usually doesn’t work like that. It’s the stars who rake in the moolah. But Abhishek insists that after the success of Rock On!!, he had decided to never run after stars anymore. “Is it only about making money? Can’t you do that in a million other ways? I want to make a film I want to make. Money doesn’t give me a high. Ninety per cent work for money. Money validates them; they all say 100 crore and all that, but no one thinks about how long the movie will run. I find this bizarre. You are not going to take this money to your grave.”

When he is not working, he is watching movies, and he recommends that everyone watch the American fantasy movie Beasts of the Southern Wild. But right now, he is obsessed with Kai Po Che! and it’s getting harder to concentrate on other stuff. He is also especially excited about the movie’s music, which has been produced by Amit Trivedi. “For Rock On!!, I took inspiration from Coldplay. I had Chris Martin’s voice in my head and Farhan did it justice. If you have a great idea, and the intent is right, it all shapes up. The music for this movie is not snappy and fashionable, but is soulful.”

The director is not very happy with the term ‘Bollywood’ and says that most movies are just “star vehicles”. “I don’t like Bollywood. I don’t like this sales pitch of ‘Leave your brains behind and come watch this movie’. Why should one do that? Are you telling me it’s impossible for you to make a funny movie that’s smart as well? Indians only have Indian films as their main entertainment. So why are you treating them like this? You need to make sure you make some difference. Like maybe an Aamir Khan, who puts a little bit more effort, so 3 Idiots made Rs 300 crore. It’s all about the star. Everyone in a movie comes and says ‘What can I do for this movie?’ The star comes and says ‘What can this movie do for me?’ If you start with him, then you are just on the wrong track. Why not think about doing something new for the star?”

Abhishek is sure that the world is ready for a good ‘Indian’ movie that doesn’t have to just be about Indian slums. “Why did we need a foreigner to come and make Slumdog [Millionaire]? We are not even acknowledging the fact that he did that. We just want 100 crore.” His plans now include working on Rock On!! 2, and promoting Kai Po Che! as a film about India’s “true middle class”.

He also has his life philosophy in place: “The most important lesson I have learnt is to listen to everyone, but do only what I want to do. It’s the way to go.”