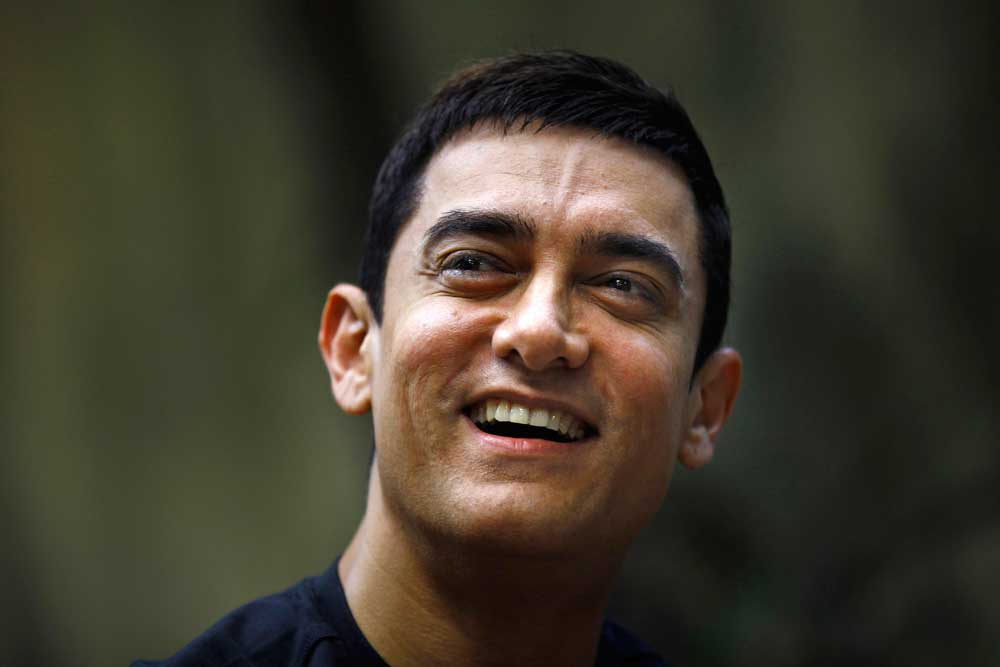 One of the great physical transformations for cinema has got to be Aamir Khan’s in Dangal. The actor famously piled on the kilos to become an overweight former wrestler for last year’s blockbuster hit. But the film’s director, Nitesh Tiwari, told me earlier this week that his perfectionist star needed to be convinced why Mahavir Singh Phogat had to be a bulky beast of a man. “Aamir regularly joked that he could play the girls’ father as a George Clooneyish distinguished older man. He had no reservations about getting fat, but he needed to be convinced why it was important that the character look that way.”

Tiwari says he pointed out to Aamir that most has-been wrestlers tend to let themselves go in their later years. But the big clincher was the scene in which Mahavir and his now grown-up daughter have a bout and he loses to her. “That crucial scene absolutely wouldn’t work if he looked like George Clooney,” Tiwari explains. “He had to be out of shape and struggling to keep up with her.” Turns out it’s exactly what the actor needed to commit to the transformation. “He just let himself go. He would eat anything and everything and before long we began to see the character take shape.”

It was Aamir who suggested that they shoot his ‘fit’ portions later (the flashback scenes where Mahavir’s younger wrestling career is glimpsed). “He felt he could get back into shape much quicker if he had a deadline to meet. We had zeroed in on a date, a few months later, when we would begin filming the flashback scenes and Aamir worked towards that.” The other way around might have been easier, going from ‘fit’ to ‘fat’, but the actor was concerned that with no target in sight, he might have got lazy about the weight-loss process once filming ended.

It’s no secret that Bajirao Mastani was a passion project for Sanjay Leela Bhansali, who had been flirting with the film for years before he finally made it with Ranveer Singh, Deepika Padukone and Priyanka Chopra. Apparently Padmavati, which he’s currently filming with Ranveer, Deepika and Shahid Kapoor, has also been a project he was trying to get off the ground for some years.

All dreams of making it with Salman Khan and Aishwarya Rai went out of the window after the actors fell out, but insiders say that Bhansali did reach out to them again a few years ago, to check if they might consider making the movie. The big twist—and the only way Aishwarya might have agreed to do the film with Salman—was going to be that Salman would play the Alauddin Khilji character who wreaks havoc and goes to war to capture Rani Padmavati but has no scenes whatsoever with her in the movie.

Apparently Salman nixed the idea. A source close to the actor reveals that Salman was happy to make the film, but it had to be a love story. He was keen to recapture the magic of Hum Dil De Chuke Sanam, and wasn’t going to settle for a movie where he didn’t get to work with her.

Too Cocky, Too Soon

There have been some complaints about a young actress, barely two films old, who appears to have gotten too big for her boots. Her staff has been grumbling that she’s changed considerably from the friendly newcomer they had signed up to work with. Stories of her high-handed behaviour have been doing the rounds, specifically instances of her snapping her fingers at her team and ordering them around.

Her new film is poised for success, and another release is round the corner, and the joke among her staff is that she is likely to become more obnoxious if the hits keep coming. Executives at the studio that launched her are particularly surprised at how quickly she’s changed, especially since she worked behind the scenes in the movie business for a significant period of time. So if anyone should understand the fickle nature of show biz, or how quickly reputations are made and destroyed here, it should be her.