Irrfan Khan is the kind of actor who could bring life, if he chooses, into a film called Russian Medium, set in Saint Petersburg 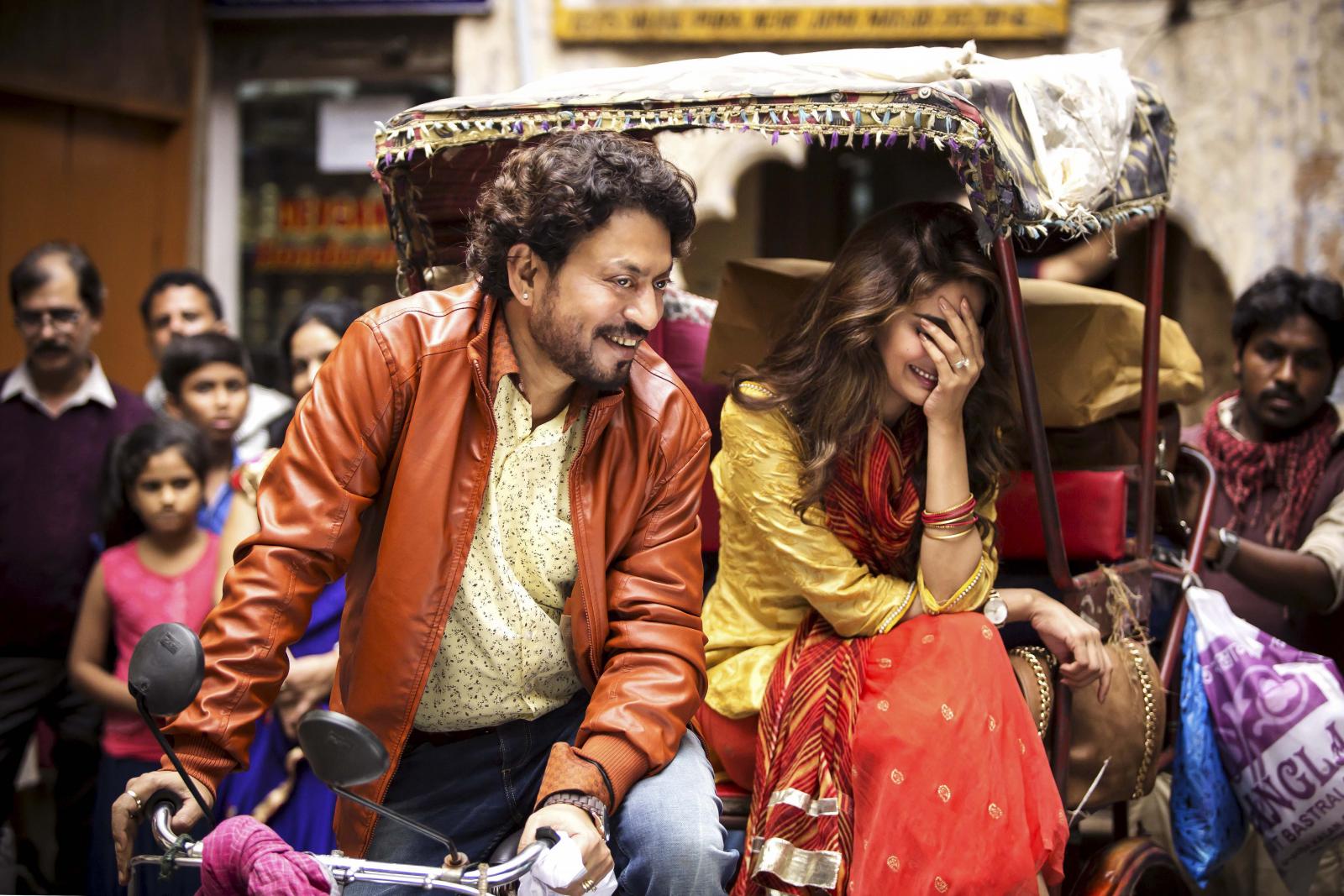 Had Irrfan Khan not been in Hindi Medium, the film would have probably been a satirical exercise on our neurotic season of school admissions, and would have, in all likelihood, descended into tiresome cliches about the subject. But Khan is the kind of actor who could bring life, if he chooses, into a film called ‘Russian Medium’, set in Saint Petersburg.

This film begins in Chandni Chowk, Delhi, where Raj Batra’s excellent salesmanship and interpersonal skills have seen him become an entrepreneur, and then a tycoon. But he remains a Hindi speaking businessman; very proud, even sentimental, about his origins. His wife Mita (Saba Qamar), however, is English medium educated and yearns for quick social mobility. She is determined to send her four year old daughter to the elite ‘Delhi Grammar School’, because, apparently, the school your child goes to determines the kind of parents you meet; which then regiments your social standing in government, business and entertainment.

Raj (Irrfan Khan) would have been quite happy to live all his life in Chandni Chowk, but it is not to be. Henpecked as he is, he accepts a move to South Delhi on his wife’s suggestion, dresses trendily, learns better etiquette and even tries his hand at making speeches in English, because, during school admissions, the parents are interviewed along with their ward. All this is quite hilarious, and Irrfan’s comic timing is perfect. His facial expressions indicating incredulity at the sheer absurdity of what he is expected to say and do, are priceless.

But when he abjectly fails all the tests of English medium education parents in Delhi, he is persuaded to fake the whole deal by applying through the quota for economically disadvantaged sections of society. In order to do this, he has to become ‘poor’. So the family moves into a chawl to convince the school authorities of the authentic nature of their ‘poverty’. Miraculously, the ruse succeeds.

However, the short experience of poverty, staged as it is, transforms Raj into finding his own identity and personality. This is the most soulful and funny part of the film. Some of the scenes enacted between him and their new neighbour, Shyam Prakash (Deepak Dobriyal) are operatic in scale, especially one where Raj makes a nocturnal visit to an ATM to secretly withdraw money. Prakash catches him in the act, and is convinced that he has broken into the ATM machine to steal the money. As the ATM transaction is almost complete, Prakash decides to ‘save’ Raj from a life of crime by dragging him away as the money emerges. The sheer desperation in the tussle at the ATM, is worth the price of a ticket.

But in the end, Hindi Medium lets us down with a series of charades about the hypocrisy of the aspiring classes during the silly season of school admissions. The satire turns repetitive, and a final dramatic monologue by the Irrfan Khan character, though well delivered, tells us nothing that we do not already know on the subject. This is disappointing.