Geetanjali Kulkarni: ‘The roles we play give us a better understanding of people, reality and ourselves’

Geetanjali Kulkarni’s primary playground has been Marathi theatre. Her popularity has now been fuelled by recent online hit series 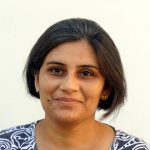 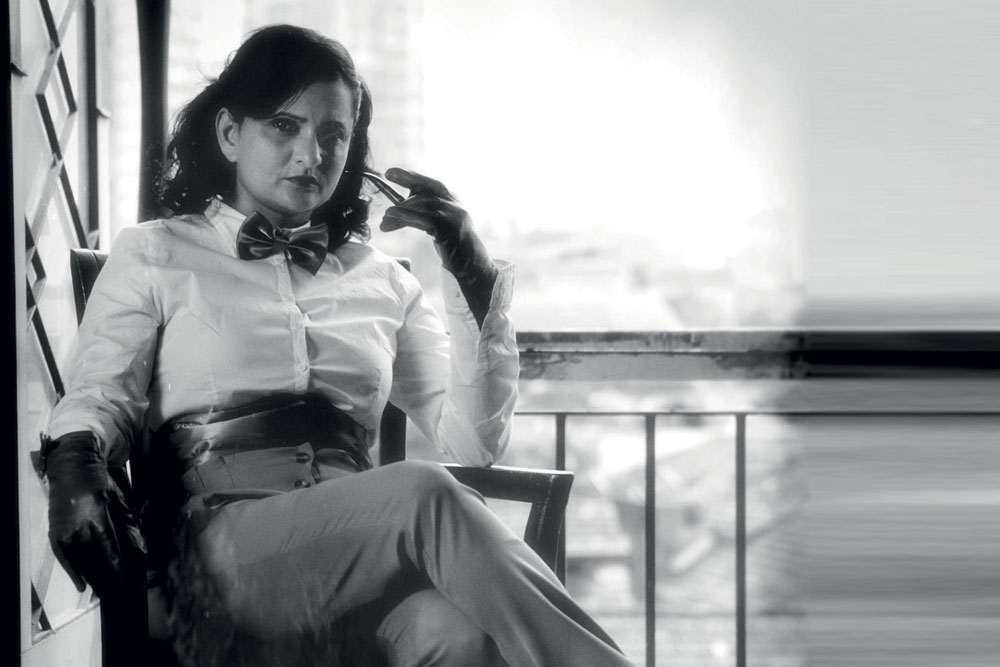 
IN THE AFTERMATH of the successful second coming of Shanti Mishra in the popular web series Gullak 2, actor Geetanjali Kulkarni laughs about how the character has turned her into the mother of the entire country. However, Shanti is not the classic submissive, sacrificing matriarch we are so used to seeing on screen. “She doesn’t shy away from expressing herself… She is always ranting, taunting,” says Kulkarni. In fact, when she first read the part, Kulkarni specifically asked writer Nikhil Vijay why Shanti had to be so shrill, even when talking to her husband and two sons. “I was taken aback by the profound thing that the youngster told me—that if she wouldn’t shout, nobody would lend her an ear,” says Kulkarni, stressing on the urgency for a woman to be loud and assertive, often combative, to create a rightful space for herself in a male-dominated world.

Her own personality, and the world she inhabits, might be totally at odds with that of her popular on-screen avatar but Kulkarni believes that a majority of women are caught in the same quandary as Shanti: “The roles we play often give us a better understanding of people, reality and ourselves.”

And Kulkarni has played a plethora of them, on stage and screen, for over two and a half decades now. Her primary playground has been the proscenium, more so Marathi theatre. Just like any other middle-class Marathi household in Mumbai, going to auditoriums like Shivaji Mandir and Dinanath Mangeshkar Natya Griha was de rigueur in her family. She grew up observing actors like Bhakti Barve, ShreeramLagoo, Datta Bhatt, Nina Kulkarni, Vandana Gupte on stage. “I used to love the atmosphere, the third bell, the opening of the curtains, the smell of batata vada, women wearing the gajras and silk saris. I used to direct plays and performed in them for the Ganapati functions in the colony,” recalls Kulkarni who grew up in a Marathi cooperative society in IIT Powai. “Though we lived in flats, the sentiment was of a chawl—open doors, exchanging recipes, all festivals celebrated together, one TV and phone for the whole colony. It was like a Sai Paranjape film set,” she says with a laugh.

Theatre was still just a hobby though she joined Ruia College in Mumbai because of its strong theatre culture. During the college shows she realised her own deficiencies as an actor and, after graduating in economics in 1993, the 20-year-old joined the National School of Drama much against the wishes of her family. “NSD was about experiential learning. It was my rebirth. It completely changed my sensibilities,” she recalls. It was also where she met famous actor Atul Kulkarni, her senior who later became her husband.

Initial success in theatre came through plays like CP Deshpande’s experimental comedy about man-woman relationship Buddhibal Ani Zabbu and Paresh Mokashi’s Sangeet Debuchya Mulee. “That was a wonderful phase. I performed hundreds of shows in every nook and corner of Maharashtra,” she recalls.

She credits theatre for having helped her hone her craft as an actor. “It’s an actor’s medium. It makes us feel empowered. I love spending time with a character, processing it, which theatre has taught me,” she says.

She also finds the medium more organic, in tune with the rhythm of life. “There are no second chances, no retakes. You get the opportunity to better yourself only in the next show,” she says. She loves it for what she describes as the simultaneity of birth and death; how a show is about creating—stories, characters, feelings, thoughts and experiences—which come to an end once the performance itself is over. “You have to start all over again, recreate the same cycle in another outing,” she says.


She compares this essential temporality and temporariness to cooking a meal. You prepare a dish, it turns out well or perhaps not, you eat it and then have to cook another meal, to approximate the same taste or better it. “It is for this reason that, even if I am doing very well on screen, I will always find time for theatre. It keeps me aware as an actor,” she says.

Kulkarni caught the connoisseur’s eye with Piya Behrupiya, Atul Kumar’s rambunctious Hindi stage adaptation of Shakespeare’s Twelfth Night which she has been doing now for eight years and, later in cinema with Chaitanya Tamhane’s biting satire on the legal system Court where she played the public prosecutor in the trial of a protest singer. But the popularity with the public at large has been fuelled only recently with series like Gullak, and Taj Mahal 1989 about different shades of love in pre-Internet Lucknow and Rohena Gera’s debut feature Sir where she played Laxmi, a fellow maid and confidante of the lead Ratna (Tillotama Shome).

According to her, unlike films, TV and streaming platforms, theatre has a committed but limited audience.“My work has reached the masses in different parts of India through the OTT platforms,” she says. She did try for films after graduating from NSD but could not find what she was looking for. Commercial cinema was not exciting enough, parallel cinema had plateaued out. But now there is a new burst of energy which is feeding her hunger for good roles.

FAR FROM BEING CYNICAL or bitter, Kulkarni is happy that popularity has come to her late in life, in her forties, when she has become more comfortable with herself, both as an actor and as a person. “I can do a small role in Sir with as much love as the lead in Taj Mahal and Gullak. Ten years back I may have been insecure but now I know that I can create work for myself. I am not competing with anyone. I love competing with myself,” she says. For her what matters is whether she is constantly growing and evolving as an actor and as an individual. “My scripts and assignments should empower me as a person. The length of my role doesn’t matter. The story has to have value in my life. It’s even better if it also has value for the society and the world,” she says.

There are no second chances, no retakes in theatre. You get the opportunity to better yourself only in the next show, says Geetanjali Kulkarni, actor

It has been the reason why she picked up relatively small roles in Sir, Shubhashish Bhutiani’s Mukti Bhawan and Ritesh Batra’s Photograph. They gave her the opportunity to work with filmmakers with a unique aesthetic sense and vision and their own distinct way of telling the story. “I would have been foolish to not have done them,” she says.

Her characters so far have been rooted in the real. She attributes it to the independent, experimental, arthouse cinema that she has been associated with. She calls it her comfort zone. Opportunities to play “mother of Arjun Rampal” had been either consciously rejected or, fortuitously, those commercial projects never took off.

The innings in Marathi theatre, however, has been peppered with some commercial blockbusters. Like Paresh Mokashi’s Mukkam Post Bombilwadi and Lagna Kallol of which she did over 500 shows each. She attributes the success to Mokashi’s unique sensibility and sense of humour that she couldn’t find in other commercial ventures. “As a child I always wanted to be part of Marathi commercial theatre but found that I wouldn’t have sustained in it for long,” she says. She then veered towards experimental theatre. She produced her own plays, a landmark one on breast cancer called Ek Rikami Baju (An Empty Side). She did the iconic Sex Morality and Censorship with Sunil Shanbag, Haath Ka Aaya… Shunya with Manav Kaul and Gajab Kahani with Mohit Takalkar which she continued to perform in, until the lockdown halted it.

At this juncture though, she would not mind trying a hand at a mainstream film that is set in a fantastical space, irrespective of whether she is successful at the attempt or not. “As an actor you have to constantly experiment with yourself. It’s only then that you realise what’s your own path, the kind of stories you want to tell. You have to get out of the comfort zone to understand yourself,” she says.

She likes to step out of her comfort zone in life too, trying to make theatre socially relevant. From 2016-2019 she worked on a project called Goshtarang where five actors from Maharashtra were picked up and trained for a fellowship programme to perform over 100 shows for underprivileged, tribal and rural children in 50 schools. It was all about strengthening theatre and literacy at the grassroots.

Till 2019, apart from her other commitments, she had been working with children on theatre, music and other art forms in her village in Wada taluka (100km from Mumbai) in association with the NGO Quest (Quality Education Support Trust). “It’s not just social work. It’s something I get a lot of energy and education from. Children give you fresh ideas. Also, theatre is empowering, and I like to share that experience with people. It gives me a lot of joy to help people find their own modes of expression, irrespective of what field they are in,” she says.

Life is split for now between a small flat in Goregaon East that she calls her ‘transit home’, and a huge house in the village where they have “put in their heart and soul” and where they like to escape to at the smallest opportunity.

For now, there is lots coming up on the work front. Her new Marathi film, Mangesh Joshi’s Karkhanisanchi Waari (Ashes on a Road Trip) premiered last week at the International Film Festival of India in Goa. A Kannada series titled Humble Politician, has her playing a Hindi-speaking politician. She had done a cameo in a DICE Media production, Operation MBBS; the role of the dean of a medical college that has become a bigger part in the second season. The shoot for the second season of Aarya begins in March.

What is yet to happen is a project in which the talented couple—Atul and Geetanjali—gets to work together. There was one script by Mukti Krishnan which the two were excited about, but it didn’t find a producer. “We are very independent people,” says Kulkarni, “We’d do it, if it comes organically but we are not into pushing projects.” She only pushes the limits of herself as an actor.