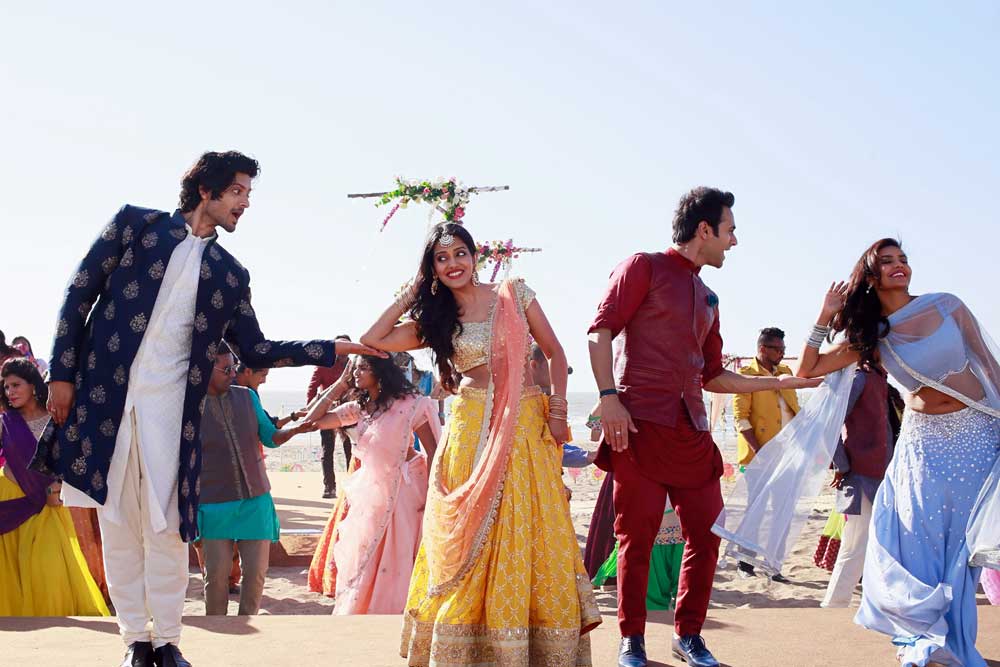 Though Punjabi words are bandied about in this film, including the title, which refers to good-for-nothing fellows, the culture it sources is not from Punjab. It is a sort of rootlessness in a subculture of Delhi, where young people have aspirations thrust down their throats, but no money or education to get anywhere close to them. In this movie, which is a sequel to the first sleeper hit, our layabouts face dead ends in career opportunities. Home life is oppressive, the girls are either unavailable or getting a bit choosy, a debt of a few crores carried over from the last film has to be paid back, and the future looks bleak.

So to make quick money, they persist with their Ponzi scheme; a lottery scam based on interpreting dreams. In truth, this is the only thing that their suffocating social ambience allows them to do. They can dream, free of cost. Choocha (Varun Sharma) is the dreamer, and his predictions, ‘deja choo’ as he calls them, is the basis for getting hold of easy money. Choocha is corrected by the literate ‘fakra’, Zafar (Ali Fazal), who explains that the gift of seeing the future is not deja vu, but premonition.

The ‘fukrey’ films create comedy by banding a group of losers together. These characters will never achieve their goals, but are funny in the short cuts they look for. The writer and director make them completely unpredictable, and present a very real East Delhi atmosphere of the lower middle class angst from which they are trying to escape. It is clear to the audience that these four young men are deceiving themselves into a naive belief that they have direction in their lives and will achieve some measure of Yuppiedom. The laughs in the film come from the impossibility of such aspirations being met, and the insanely funny comments they make in anticipation of arriving at an idyll.

Were it not based on humour, the same rootless characters would turn to crime. Indeed, the gangster to whom the ‘fukrey’ are indebted is Bholi Punjaban (Richa Chaddha), the oxymoron of her ethnicity being firmly embedded in her name. She is an evolved ‘fukri’, a ‘bholi punjaban’ who has reached a state of nirvana. She has two tough looking African flunkeys to do her bidding and with her connections to a corrupt minister in the Government called Babulal Bhatia (Rajiv Gupta), she is well on the way to being a serious contender to a slot in the underworld, if not the cabinet itself.

This sequel retains the characters and the environment of the original, but lacks the spontaneity. The movie has the occasional hilarious line to which you laugh out loud, but is not consistently funny. The ‘fukrey’ do not really return in full measure in ‘Fukrey Returns’.