What happens when a young woman falls for an old man? It makes him insufferably vain. Watch this one for Penelope Cruz 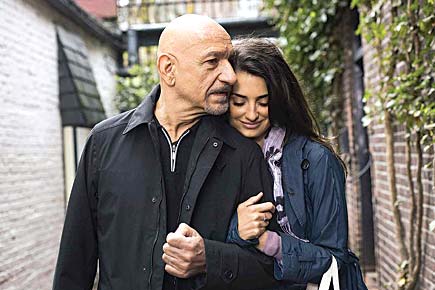 What happens when a young woman falls for an old man? It makes him insufferably vain

In Elegy, director Isabel Coixet deals with an ageing Kepesh’s despair that as the male animal’s body ages, his sexual desire just does not let up. His student Consuela (Penelope Cruz), some 30 years his junior, falls seriously in love with him. Kepesh agonises over a permanent relationship with the gorgeous young woman and Elegy ends up as a movie about the sheer vanity of this lucky geriatric.

The other problem is one of perspective. The viewer would be intrigued about the psychology of a young student who has no ulterior motive and loves a much older man.  But Elegy is told only from Kepesh’s point of view, and it’s a vain, old-fashioned and boring angle.

But there are compensations. One is the emergence of Cruz as one of the finest actresses of her generation. Though Kingsley is miscast—his physicality is more cerebral than sexual—the film is worth a watch for scenes, particularly towards the end, when the emotional attachment between the two becomes very tender.