A Lagaan wannabe, without the spunk. Watch it, if at all, for the latest heartbreak kid Shahid Kapur 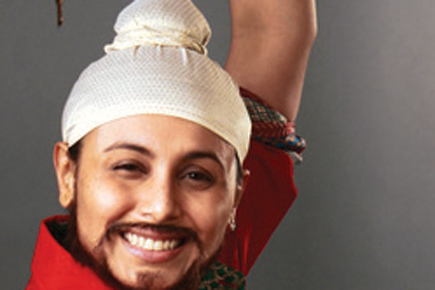 A Lagaan wannabe, without the spunk. Watch it, if at all, for the latest heartbreak kid Shahid Kapur


Yash Raj Films owes a lot to the late Dr Norman Borlaug. Romantic Hindi films set amidst the fields of Punjab would never have looked so lush without the Green Revolution. This is where Dil Bole Hadippa is set and, as usual, it is the best part of the film, apart, of course, from a sexy Sardar called Veer.

The Sardar is short, has a husky voice, hooks balls for sixes and dances like a dream. But Veer is not the only hot stuff in the film. Dil Bole Hadippa has buffaloes, bhangra, butter milk, sugarcane, lassi, a fair lassie or two (in the convoluted shapes of Rakhi Sawant and Sherlyn Chopra) and plenty of cricket-obsessed Punjabis on either side of the Wagah border.

The Pakistani Punjabi (Dilip Tahil) makes sure that the Indian (Anupam Kher) loses every cricket match they have played since 1947. Enough is enough, says our desi patriot, and imports his county cricket-playing son from England (Shahid Kapur), who appears in his spotless whites, to a chorus of wolf whistles from the audience.

The stage is set. The ‘angrez’ from the business class meets the ‘kudi’ (Rani Mukerjee) in the cattle class, and such is the violent reaction, the spark plugs in the truck have to be changed. The kudi wants to play cricket, the angrez is the captain, so Veera Kaur becomes Veer. The rest of the script follows the classical three-act structure—beginning, middle and end.

Cricket films, ever since Lagaan, have not worked. The match played at the end of Dil Bole Hadippa borrows shamelessly from the earlier blockbuster, with last-minute twists and turns galore, but this fails because it has none of the individualism of the players in that film, nor the class/race/nationality war that cricket became a metaphor for in Lagaan. In this film, it is an angry Shahid versus a spunky and then contrite Rani. Both the Pakistani and the Indian teams function merely as set decoration for the romantic match. Not a single cricketer from either side is identified as an individual personality.

In short, Dil Bole Hadippa is an amusing movie with attractive lead actors and a very pretty setting. But it has neither good cricket, nor a good love story, nor good music. Given the build-up to this movie, this is hugely disappointing.