On its own two legs, ‘Dhadak’ stands up well in some parts and wobbles in others 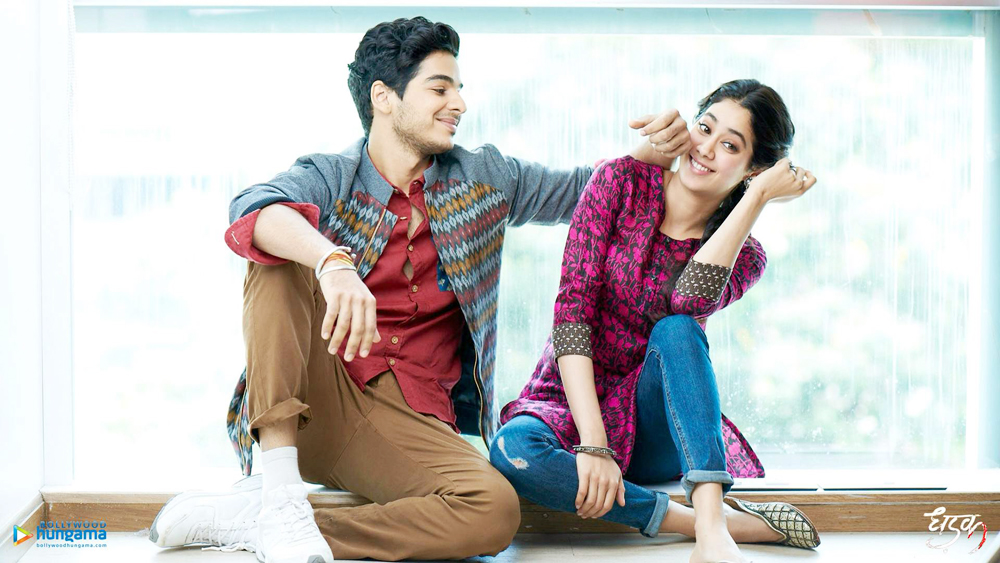 The transition from the regional to the mainstream in cinema is always a cultural jump-cut. This is particularly true in adaptations from Marathi to Hindi. Marathi films – unlike a lot of Tamil and Telegu films with a more consumer friendly ethos – are rooted in a long and respected theatrical tradition. This has led to a ‘new wave’ in Marathi cinema, with cerebral and poetic content based on fresh assessments on traditional social and family values.

Such was the perspective in ’Sairat’. To reproduce it in Hindi cinema is impossible, because the Marathi film has a personal writing and directorial style, which implies uniqueness. Hindi cinema is a pan-Indian media that has to be mounted with a degree of generality in subject and theme. This would automatically negate the singularity of view, especially on the subject of caste, in the original.

But on its own two legs,‘Dhadak’ stands up well in some parts and wobbles in others. The beginning is cliched and dull. Like a thousand stories on teenaged love, it starts with the conflict in Verona; two houses, both alike in dignity, in fair Udaipur, where we lay our scene.

Financially, though, and in terms of class, the houses are quite different. The girl’s father is a rich upper crust Rajput and owns a Mahal, a heritage Hotel actually, and the boy’s Dad is a middle class man who has a small restaurant that his son, Madhu (Ishaan Khattar), helps run. There is even a balcony scene in the film, reminiscent of ‘Romeo and Juliet’. This is when Madhu climbs up onto the terrace of the palatial home of Parthavi (Janhvi Kapoor) to express his love. Later, like in the play, he gate-crashes her party.

The girl’s father is also a politician who practically owns the Police. When he finds out that his daughter is involved with a boy without pedigree, all hell breaks loose, and civil blood makes civil hands unclean. The couple flee, first to Mumbai, and then to Kolkata, where the second half of the movie is set.

The lead actors are well cast and Ishaan Khattar has a striking and mobile face that the Iranian director Majid Majidi used well in his recent Hindi film, ‘Beyond The Clouds’. Janhvi is a bit studied in her expressions, but it is her first film, and a more natural acting style is likely to emerge from the experience.

A major problem with the film is its idyllic representation of life for an unmarried teenaged couple, outside the comfort zone of kith, kin, language and culture. We do not see the daily struggle to adjust to the dramatic economic downgrade that elopement entails. They do not slum it out and there is none of the abuse that such a lifestyle entails.

‘Dhadak’ is a product of the instinct to manufacture conformity from source material that is essentially non-conformist. It is like taking the artistically moulded pot of a ‘kumhar’ (potter) in Maharashtra and remodelling the design onto a pretty, painted ceramic bowl for a drawing room, or, perhaps, a multiplex theatre in a mall.