With this, it’s clear Ram Gopal Varma has exhausted himself on the mafia-police nexus 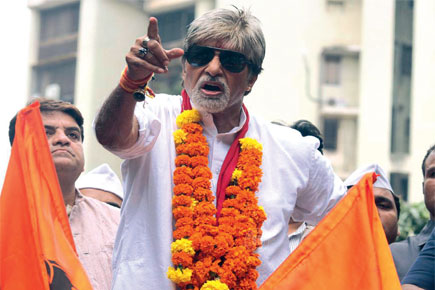 With this, it’s clear Ram Gopal Varma has exhausted himself on the mafia-police nexus


Department is shoddier than Ram Gopal Varma ki Aag, the nadir of Varma’s career. This is because the mafia-police nexus has been his cherished métier for long, and few indeed have studied that subject with as much courage and cold-bloodedness as Varma has. Of late, though, he has been repeatedly falling in his area of specialisation, and that is a reflection of his weakening grip on his source material.

Could it be that with Department, Varma has arrived at the end of the material—and inspiration—that he carried with him Satya onwards? Or, is he being let down by mediocre writers who have nothing but the newspaper headline-view of the system to offer? Be that as it may, Department is about politics, friendship and betrayal in a newly set up encounter squad of the Mumbai Police. The statement Varma seems to be making is that corruption runs deep in the system. It is discovered that cop Mahadev Bhosle (Dutt) owes his allegiance to gangster Ghori, while rookie Shiv Narayan (Daggubati), bribed with a flat under government quota, turns to politician Sarjerao (Bachchan) for orders. This results in a conflict-of-interest that leads to an ugly confrontation amid an intensifying gang war.

From gangsters and politicians to the police and media, all of Varma’s preoccupations come together in Department, but they do so in a preposterous manner. In spite of his dislike of gods, he attempts to allude to religion in metaphors and quotations, particularly the deity Shiva, but his exact purpose is regrettably lost on us. What strikes one, however, is his use of the camera as a devise of omniscience—and voyeurism. Varma exhibits childlike excitement in the way his camera plays tricks on viewers. Here is a director who, it can be said without hesitation, is chained to his experimentations. It can be either a boon or bane. In this case, it’s the latter.