Raring to Return | Shelved and Revived 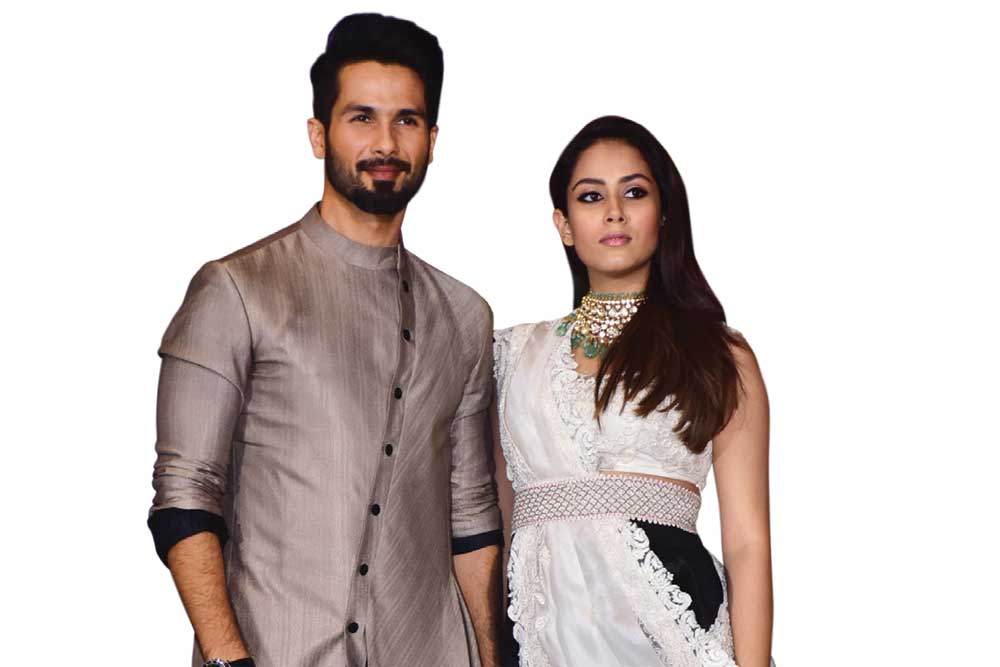 Shahid Kapoor and his wife Mira Rajput are Juhu junk food junkies. The pair has been spotted dining out at a different restaurant in the suburbs practically every day, frequently surprising other diners by turning up in popular places. When I asked Shahid cheekily, “Kyon ghar pe khaana nahin banta?” he reminded me about pregnant cravings. “Left to me, I wouldn’t step out of the house. But Mira likes to do ‘normal’ things, and she loves making instant lunch plans,” he revealed.

The couple, who is expecting their second baby anytime now—Mira may well have delivered by the time you’re reading this—has been gently introducing the idea of a new sibling to their two-year-old daughter Misha. “She sees her old crib back in the room, so she has some idea of what’s going on, but we’re making sure we give her all the attention she needs.”

After the heartbreaking announcement that he was taking time off from work to seek treatment for a rare form of cancer some months ago, it appears that Irrfan Khan’s condition is improving. The actor is reportedly in London getting medical help, and sources have revealed that he has begun meeting producers with an aim to return to work sometime next year.

Piku director Shoojit Sircar has said that he will direct his biopic on freedom fighter Udham Singh with Irrfan in the lead when he’s back, and word on the street is that the actor has given his nod to the Hindi Medium sequel after producer Dinesh Vijan visited him to give him a narration recently. But there’s no word yet whether the Vishal Bhardwaj project (tentatively titled Sapna Didi), which was shelved when Irrfan was first diagnosed, could still be on the cards. Deepika Padukone, who had been signed to co-star with the actor, returned the advance she’d been paid, and the film-maker said he would not recast Irrfan.

Meanwhile, there is some talk that a decision has been taken to recast his (lead) role in the Amazon Original series Gormint, that was well into production when Irrfan was diagnosed. It’s a political satire created by AIB’s Gursimran Khamba and directed by Sudhir Mishra, and the decision to recast was taken because a significant investment had already been made when Irrfan took unwell.

There’s been talk about a biopic on the life of this music baron for some time now, but after a top star attached to play the late mogul exited the project citing “creative differences”, it looked unlikely that the producer (who happens to be the son of the aforesaid baron) might be able to get the film off the ground. Then the name of Bollywood’s most credible A-lister began floating around with regards to the film, and it looked like the producer may have pulled off a coup. But the excitement was short-lived. Insiders say the A-lister lost interest in the film.

Now, however, we have it on good authority that the project has been revived, and that the A-lister will not only star in it, but also produce it. (It is unclear yet whether the baron’s son will co-produce with the actor.) Among other things, the actor was uncomfortable initially about the possible backlash he could face given the spiritual undertones in the story, and the fact that he belonged to a different caste himself. But when he took over producing responsibilities, the script also reportedly underwent a rewrite.

Understandably there has been speculation whether the script will objectively address controversial but crucial aspects of its subject’s life. (Especially since the project was the brainchild of the baron’s son.) But insiders say the film’s writer-director, who has been spending time with the A-lister at his outstation farmhouse lately, hasn’t skimped on any of the prickly bits.