Four stories. Unbound by mushy lines and technical flaws. Everyone, including the director, gets lost at this crossroad 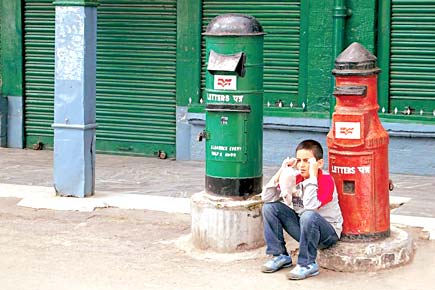 Director Anjan Dutta messes up the line between nostalgia and sentimentality


There is a very thin line between nostalgia and sentimentality. Director Anjan Dutta, a well-known song writer, musician and actor in Kolkata, steps on the wrong side of that line. Chowrasta, meant as a tribute to Darjeeling, ends up as a schmaltzy film about four interlinked stories at a crossroad.

The movie is held together by narrator Victor Banerjee, who has a heavenly voice. He sings snatches of classics like Edelweiss (The Sound of Music) and Lara’s Theme (Dr Zhivago). He talks as well and helps the other characters put their lives in perspective.

Nandana (Rupa Ganguly) is an actress from Mumbai come to meet her ex-husband, a teacher in Darjeeling. She has marital and other problems. Rita and Sunny (Aparajita and Naved Aslam) are a couple who have eloped. Kenny (Atul Kulkarni) is a terrorist.

These disparate and desperate characters have come to Darjeeling for, shall we say, salvation, but are so repetitive in their words of contrition that Banerjee, salt-of-the-earth tea planter, blanches and turns suicidal.

The problem with the director is largely technical. He has not a cinematic clue about how to turn a script into a movie. The soundtrack, for example, ignores sound effects and background music. So, when he wants to build tension in a scene, all he does is hold the shot for so long that the actor starts to fidget. And Dutta pays no attention to continuity in his cutting.

Being a musician himself, one would have expected Dutta to use at least one original song. Instead, the main song turns out to be a take-off of Caetano Veloso singing Cucurrucucu Paloma from Pedro Almodovar’s Talk to Her.

To its credit though, Chowrasta has no formula and panders to no one. It is a niche film, largely in English, with a smattering of Bengali and Hindi. But because of its built-in aesthetic limitations, it leaves you with a sense of unfulfilled possibilities.