Of all the Transformers films, ‘Bumblebee’ is probably the most accessible to viewers who are not hooked on to the series 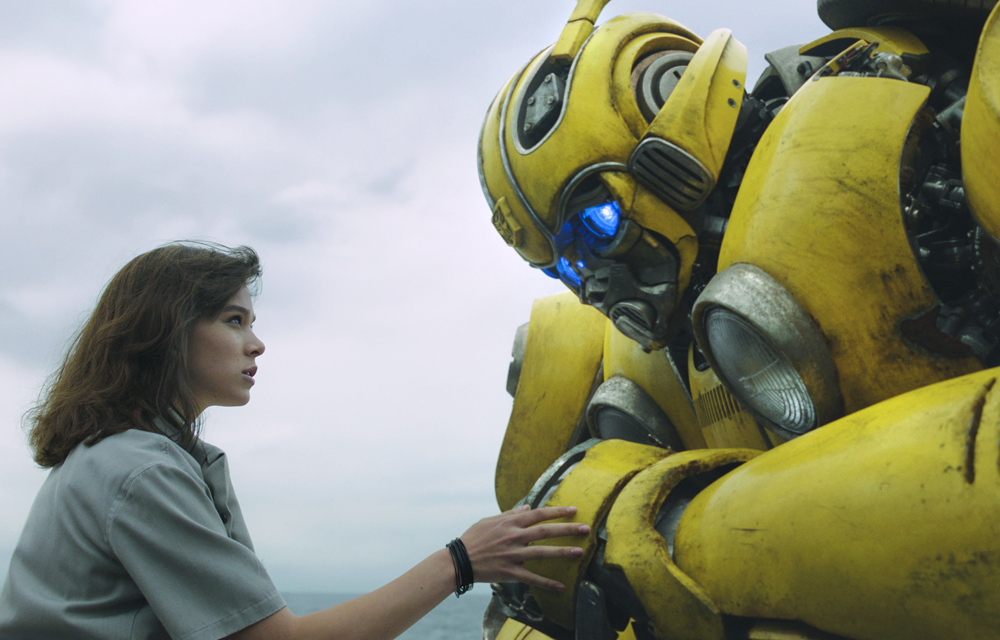 At the heart of the matter is the distinct possibility that the ‘Transformers’ movies are less about science fiction, and more about automobile obsession. Once they are off their home planet, Cybertron, and temporarily resident on Earth, both the ‘Autobots’ and the ‘Decepticons’ take to car disguises in a big way. The transformation of metal from robot to a motor car is the most visually attractive part of the film series, and takes up a large part of its time. Shape and colour undergoes a spectacular metamorphosis; from eyes to headlights, from feet to wheels, from an upright spine to a horizontal chassis. It is always riveting. It is a motor head’s dream come true.

Appropriately then, the leading human in ‘Bumblebee’ is a teenaged grease monkey called Charlie Watson (Hailee Steinfeld). She has lost her father, and in her loneliness, finds comfort in fixing cars, particularly used ones. She is dying to possess one herself and, one day, finds a beat up yellow Volkswagen Beetle in a workshop. She is gifted the car by the garage owner on her birthday and takes it home to tinker with. It turns out that the car is actually a wounded soldier named B-127, sent by Optimus Prime to set up base on Earth. Charlie nurses him with spanners and screwdrivers, trying to fix his broken parts to bring him back to Optimal health, so to speak. Affectionately, she calls him ‘Bumblebee’.

Optimus Prime, a philosopher-king character, voiced by Peter Cullen, has a majestic style of governance. Loyalty to his persona and wise philosophy is paramount. Bumblebee, who faithfully follows the orders, tries desperately to fix his own broken computerised memory with help from messages he receives sporadically from the master. Charlie watches all this with fascination, while she tries to fit Bumblebee into her teenaged world of boyfriends, girlfriends, and peer pressure. This part of the film is quite charming, especially when Bumblebee tries to remain inconspicuous by transforming himself instantly into the yellow Beetle, every time a nosy cop comes around. For a large Autobot to remain invisible is tricky.

Equally entertaining are the names and antics of two Decepticons sent to Earth to eliminate Bumblebee – Shatter (Angela Basset) and Dropkick (Justin Theroux). These Transformers befriend the army because they want to access US tracking technology to find out where Bumblebee is hanging out. An army ranger called Jack Burns (John Cena) is suspicious, and calls out this collaboration, arguing that the very name, Decepticon, implies deception.

Of all the Transformers films, ‘Bumblebee’ is probably the most accessible to viewers who are not hooked on to the series. It has added a human touch to metal, oil and assorted car parts. It is a film about a relationship between a girl and a robot, and about how poignant any affection, no matter how bizarre and unlikely, can be, as long as it is based on genuine feeling and emotion.