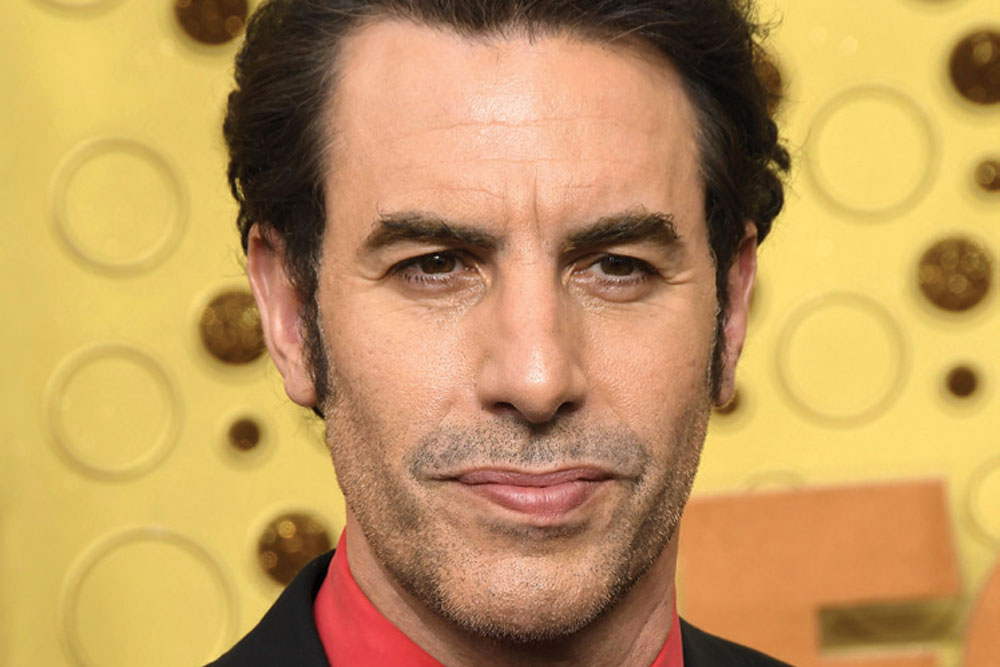 
SACHA BARON Cohen stars in Borat Subsequent Moviefilm: Delivery of Prodigious Bribe to American Regime for Make Benefit Once Glorious Nation of Kazakhstan, in which he gets everyday people and political figures to open up and expose their true beliefs and, often appalling, ignorance.

How do you get people to open up to you?

Well, this was the most challenging movie that I’ve ever made, because I was taking my most famous character and trying to make a movie with real people. And I realised Borat is the perfect character for Trump, because really Borat is a slightly more extreme version of Trump. They are both misogynistic and racist, they both support anti-Semites, they both cannot care less about democracy, they both hold very old worldviews, and they’re both laughable characters. So, I realised by talking to some Trump supporters as Borat, I could actually get them to reveal how far they were willing to go, because what is publicly said by the president and some of his supporters is so extreme, I thought how do you satirise that? So, when it came to the gun rally in Washington state and getting a crowd of people to agree to slice up journalists, what I wanted to reveal again was that we are on a precipice where we can see the edge of democracy and after that we fall into the abyss of autocracy, where it’s not just verbal attacks on journalists, it’s physical attacks and it’s the autocracy’s fight. As members of a journalistic association, I know you guys feel increasingly threatened, so I brought out my own fake news journalist to make America and the world laugh, and to try to occasionally show the danger that lies ahead.

Did you have problems opening a conversation with hate-filled people?

Well, I realise that to make a sequel to Borat which itself was a startling movie for cinemagoers, I would have to put myself in some deeply uncomfortable situations, so I knew that during some of the scenes my heart would start thumping. In fact, on one of the first days of filming at the Richmond Gun Rally, there had been a threat that had been uncovered by a white supremacist group to conduct a mass shooting. The [Federal Bureau of Investigation] had foiled it and I was going into a situation where I’d be wearing a tee-shirt that was not fully supportive of the National Rifle Association and so, it’s the first time in my career I donned a bullet proof vest which I wore for two of the scenes in the movie.

Do you think that social media exaggerates polarised behaviour?

Well, essentially what’s happened is there are a handful of people who control what information billions of people around the world receive. That is unfair and undemocratic, those people aren’t voted for, they cannot be replaced and they’re not accountable. And what we have witnessed is a revolution far more impactful than the Industrial Revolution. It’s the technological revolution. After the Industrial Revolution there were decades where governments caught up with the changes that were brought, and it took many years for the government to introduce legislation that curbed the excesses of the industrialists who were at the forefront of that change. I believe that we are in that period now where there’s been a technological revolution that everyone assumed would be merely positive, they’ve realised there are some very negative effects from it and governments around the world are catching up, and there’ll be a period before there is legislation that really makes a change. But I believe that real change has to happen. I would also say that social media has done more to change in the past few weeks than in the past few years. And a lot of that is down to a wonderful movie called Stop Hate for Profit, so there’s hope.