A shoddy film that advocates regressive views, this one is best avoided 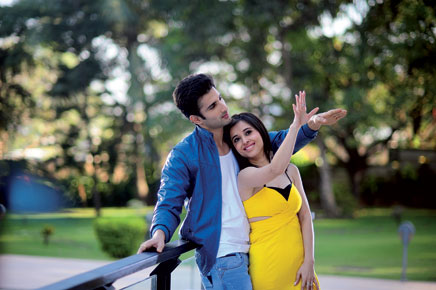 This is basically a small-budget film set in Chandigarh with virtually unknown actors, and it’s pretty badly done, but it does surprise you with a narrative that stops in its tracks one-third of the way down to offer you multiple perspectives. We have various points of view of a scam told by different characters in the movie.

The film starts off with a café owner called Dev (Sidhant Gupta) who dates a girl called Naari (Suzanna Mukherjee), who suddenly drops him like a hot potato and vanishes into the blue. He hires a private detective to figure out what happened to her.

We first cut to Naari’s perspective of the story, to realise that she is a professional con woman. Then, as we cut to the private detective pursuing her, we see that he too has got involved in her deal. From thereon, the plot thickens.

Both romance and misogyny are in the air. Dev meets another girl called Palak (Gunjan Malhotra) and we are given to think that she is a sweet young thing who will darn the hole in Dev’s heart and make him a happy man. But first, we have to wait for the freeze frame that will highlight Palak’s own perception and tell us what possible evil lurks in the recesses of her mind.

As is clear from the significance of the first girl’s name—Naari (literally, woman)—director Amit Khanna does not appear to hold a very high opinion of the gender at large.

As is evident from the title of his film, Badmashiyaan, he seems pretty convinced that the only difference between good girls and bad girls is that the good ones go to heaven and the bad ones go everywhere else—but mainly to Chandigarh.

The men, meanwhile, come off with their reputations largely untarnished. Even a Don called Jassi (Sharib Hashmi) ends up reformed. Basically, this is a shabbily made film with atavistic views and you need not give it the honour of your time.