Anthony Hopkins: ‘I’m very grateful that I’ve been given a great life’ 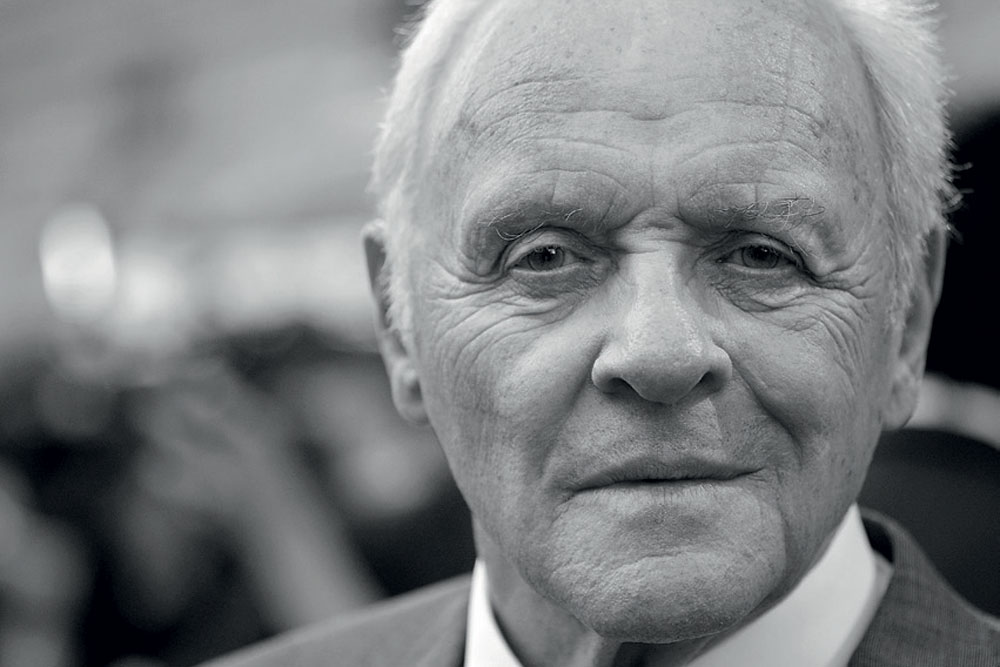 
ANTHONY HOPKINS gives an emotional performance as a wealthy Londoner and an 80-year-old father who is slowly slipping into delusions as the toll of dementia takes over his mind. The Father is an adaptation of the stage play by director/co-writer Florian Zeller.

What excited you about the character and made you accept this project? How challenging was the process of preparing for the part?

Well, as I’m getting on now in years it wasn’t a difficult part for me to play. I don’t see any point in belabouring it and diving deep and getting intensely into it because I have been doing it a long time and so this part was straight forward to play. I don’t suffer memory loss yet, but I have slowed down a lot. So I don’t delve deeply into how to play a part, but something [in me] does. When I was playing this character and Florian Zeller named that character Anthony, it was easy for me to play. I did add one line: when I am at the doctor’s office and [I am asked] my date of birth, I say December 31st, 1937, which is my actual birthday. I do have that obsessive brain: I do know dates, days and years. I am a bit obsessive, and I am fascinated by dates and time. But beyond that, when I was playing the part and working with such a wonderful director and a great cast, it was easy. The only problem was my body started to ache because the only theory I have—and this may be a cockamamie theory—that if we take it too intensely, the brain doesn’t understand it. It has no sense of humour. If I am going to play a man with dementia and thinking about getting old, the brain thinks about getting old, so I have to tell it that I am only playing a game. But my body and my back do ache. I think that was four weeks of unconsciously getting into the part I suppose. But it’s no big deal, this is my thing, so go and have some fun with it and enjoy it.

What was your reaction when you watched the final cut of the film?

I saw the film recently and it is my father. I didn’t even consciously play it that way but I look at it and I think, that’s my old man, that’s my father. He could be pretty tough and belligerent and argumentative and I think over the years I’ve learned to calm that side of my nature down but it was like my father. I remember the last scene in the film; I remember looking at the chair just before we started shooting this scene, the chair I used to sit in and the glasses on the table. And I remember after my father died picking up his reading glasses and a book he’d been reading, and I thought, god, did he ever exist? Do any of us really exist? I don’t know. It’s all such a mystery to me, and I found in an odd way some strange peace in it.

How do you strike a balance with work, family and health at 83?

I go to the gym. I’ve got a gym; I’ve got a treadmill and I do some weights and I’m pretty strong. I was born strong and muscular. My Welsh background I guess. I keep as flexible as I can. I work out five days a week—not strenuous—and I read a lot and I meditate. I stay cheerful. Whenever dark moods come up on me—which they do on every human being sometimes, like this lockdown—you think, is there any way out? Well, you know, the world has been through crises before and we’ve to accept that’s the way the world is. I don’t want to sound mushy about it but I say thank you to whatever it is in my life that’s given me the life I have, especially in this business I’m in because it’s a tough business. I came to America many years ago and I’m very grateful that I’ve been given a great life here, so there’s appreciation and gratitude for what I have. I’m not, you know, a saint or anything like that. I’m very human. But [I have] to remember that I’m so lucky especially seeing the business that I’m in.