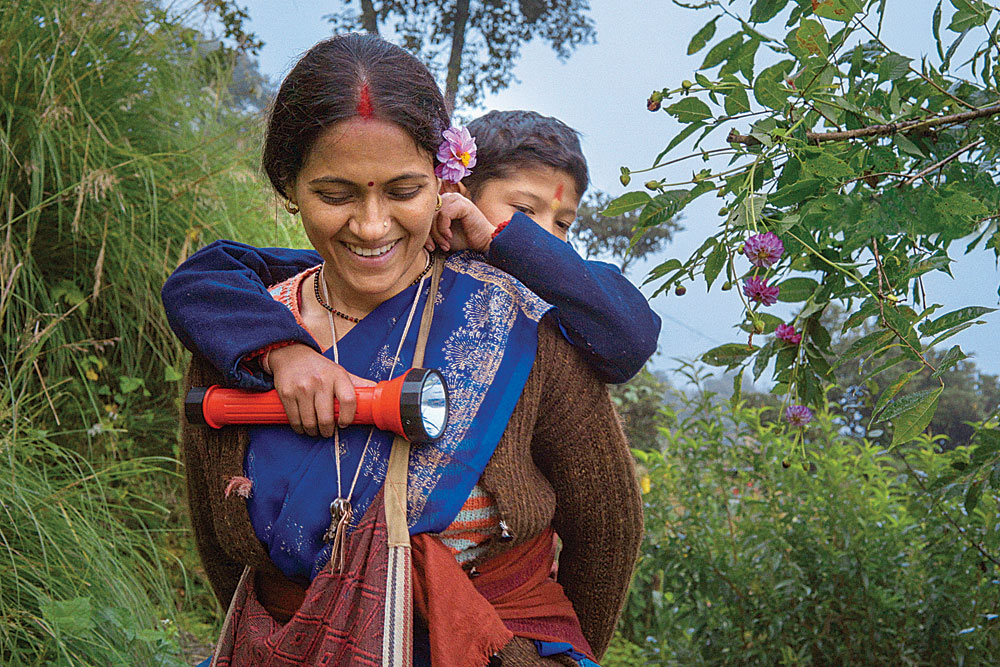 A scene from Fire in the Mountains


SUNDANCE IS LIKE sunrise for me. Suddenly, your life becomes bright and sunny, and everybody starts taking notice,” says Ajitpal Singh, whose debut feature Fire in the Mountains was the sole Indian selection in the World Cinema Dramatic category of the film festival this year. Every year, filmmakers and film lovers alike converge on the snow-capped mountain enclave of Park City to celebrate the independent voices of cinema. One of the emerging voices from Sundance 2021 was Singh. What began at 33 as a dalliance with filmmaking turned into a full-fledged love affair after his first screenplay won a grant at Sundance Screenwriters Lab in 2012. It is indeed fitting that his first feature, an indie drama set against an idyllic mountain backdrop, debuted at Sundance.

Fire in the Mountains finds a husband and wife in a crisis in the Uttarakhand village of Sarmoli. The Himalayan range becomes the backdrop for a couple at odds over how to deal with their son’s disability. Chandra (Vinamrata Rai) works as a farmhand and runs a homestay to save money for her son’s therapy. What will make her life a little easier is a road so that she doesn’t have to carry her wheelchair-bound son up and down from their mountain home. She is the family’s sole meal ticket because her husband Dharam (Chandan Bisht) is a devout drunk, a most unpleasant combination. He believes the cure to their son’s disability lies not in medical treatment, but a shaman ceremony called jagar.

Modernity and tradition have faced off in many a memorable conflict in Indian cinema. It’s a defining post-colonial theme in the movies of Satyajit Ray to more recent festival favourites like Masaan (2015). Singh ascribes the enduring appeal to the fertile ground for storytelling that these contrarian values still offer. “The push and pull between modernity and tradition offers a space between life and death,” he says. “The old must die for the new to be born, whether right or wrong. But old values will not go down without a fight, and that’s what makes it an exciting theme to explore.”
The idea for Fire in the Mountains was born out of such a conflict. Singh relates a family tragedy in a village in Punjab, where his unwell cousin sister died after her husband refused to take her to the hospital, believing she was possessed by a ghost. It compelled him to tell a story of how tradition has been used as a tenable foundation to subordinate women, and how a woman challenges that status quo.

Chandra climbing up and down the hill with her son on her back every day serves to illustrate just how the roads to progress were built on the backs of women and their thankless toil. The Himalayas literalise the mountains women must scale to be treated with equality. “Chandra is strong, knows how to stand up to men, and she finds ways to demand her place in the world,” Singh says. It’s why he insists his protagonist Chandra isn’t just inspired by his cousin sister, but also his mother and his wife Mauli.Singh calls Mauli, who co-produced the movie, his “first and harshest critic”.

Fire in the Mountains establishes all the extrinsic factors at play in the tradition versus modernity conflict through corresponding radio and TV news reports about Prime Minister Narendra Modi inaugurating the Ram Mandir versus branding India a ‘space superpower’ with the launch of Chandrayaan-2.

Watching Chandra labour and hustle to get a road constructed, it is impossible not to see the film as a comment on systems, which can’t provide its people with the infrastructure and tools to empower their own future. Though Singh admits we’re currently living in one of the most turbulent periods in the history of modern India, he steers away from foregrounding political commentary. Quoting Michael Haneke (“It’s the duty of art to ask questions, not to provide answers”), he elaborates: “If you’re an activist, or a journalist, then politics will be at the forefront. I’m an artist. My job is to explore the complexities of the relationship and how the politics, psychology, philosophy, sociology, and more affect the relationship. But the primary focus is always the relationship itself.”

DoP Dominique Colin’s handheld camera movements too echo a country and culture in flux. Despite some initial reluctance, Singh believes it was ultimately a wise decision to go handheld because it reduces the distance between the audience and Chandra. “I wanted the audience to experience the movie as if they’re next to Chandra, if they aren’t Chandra. Handheld brings you closer to her, and makes you ask all the questions she is asking,” he says. What he also wished to bring to the movie is a similar ethos as Iranian auteur Asghar Farhadi captured in films like About Elly and A Separation. “What I really like about his films is that he tells a family story but they unfold almost like a thriller,” he says. “He does it by putting his characters in a pressure cooker on a full flame, and then you watch these characters wither apart and reveal their true selves.” 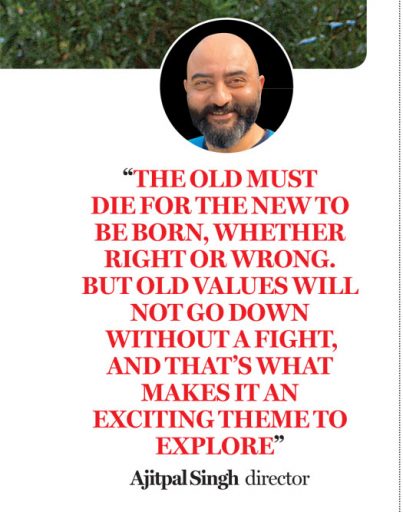 The heart of the movie is the relationship between Chandra and her son, Prakash (Mayank Singh Jaira), which Singh builds in loving details. Each morning as Chandra carries Prakash down the hill, she stops to let him pluck a flower to adorn her hair. Similarly, the older teenage daughter Kanchan (Harshita Tewari) shares a special bond with her father, reminding him just how sweet he can be when he isn’t drunk. A straight-A student with an extra-curricular passion for Tik Tok videos, Kanchan faces the brunt of her parents’ dispute, in particular her mother’s aggressively punitive discipline. Singh attributes Chandra’s double standards to the self-contradictions that make us human. He admits there’s also a jealousy aspect at play. “Chandra, when she was growing up, did not have Kanchan’s freedoms, or did not have those outlets to express herself,” he says.“But that’s what makes a family a well-functioning machine as the dynamics are always such that when one parent devotes her attention to one child, the second parent compensates it with the other.”

IF SINGH SPENT two months location scouting across the Kumaon region in his Maruti Alto, his casting director Taran Bajaj spent two months to round up the perfect cast. The choice to pick two relatively unknown actors as the two leads brings an authenticity to the story. Vinamrata Rai, who had worked with Singh on his short film Hummingbird, spent a whole month in the hamlet of Munsiyari to acclimate to pastoral life before production began. “She was living in one of the homestays, milking the cows, cutting grass and cooking with the local women,” Singh says. Unlike the Delhi-born Rai, Chandan Bisht, Harshita Tiwari and Mayank Singh Jaira didn’t have to immerse themselves as much because they are from Uttarakhand. They joined the rest of the cast in a seven-day workshop before the shoot.

Singh has a busy 2021 ahead. He is directing a web series set in Punjab that he hopes will be completed by July. He is also working on three scripts: “a musical, a thriller and one based on my childhood.”Mauli describes how excited her husband was about having his first film premiere at Sundance, only to not have the time to relish the milestone on account of being swamped with pre-production of his web series. Following Fire in the Mountains, Singh hopes to take his forthcoming films to Cannes, Venice and Berlinale. But he insists Sundance will always have “a special place in my heart,” before adding, “Not because my film was selected. Not because my screenplay was part of the Sundance Screenwriters lab. It’s mainly because of how they value independent voices. It’s one of the only festivals that really spends money where it matters.” 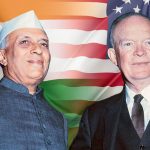 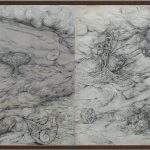 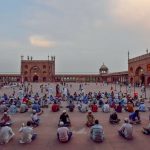