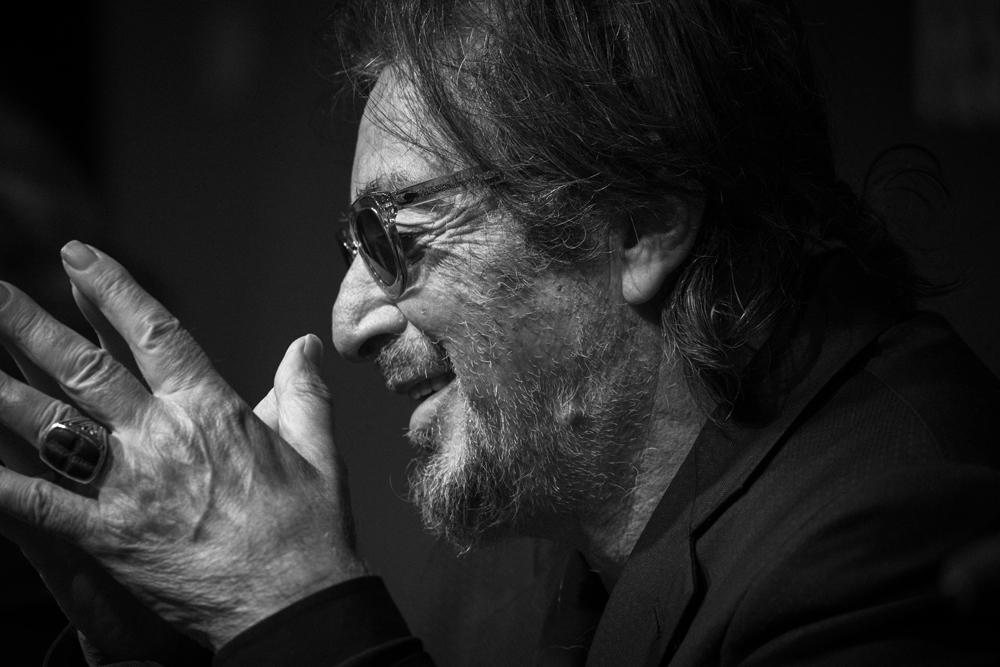 
Al Pacino and Robert De Niro are the most revered actors of our time. Watching them together in The Irishman is indeed a treat. Al Pacino talks about his friendship with Bob, and the making of an actor.

Al Pacino, tell us about your memories of Robert.

I met Robert when he was a young man, we were in our mid-twenties, I met him on 14th street, I lived on 14th street between Avenue B and C at that time with my girlfriend actress Jill Clayburgh who’s passed on. We were together for many years and she knew Robert from Sarah Lawrence College and they had worked in Brian de Palma’s films together and she introduced me to him on the street. I’ll never forget it. I thought when I met him that he was an interesting guy. He exuded a sort of thing I didn’t even understand but I felt it, and Jill told me that he was a great actor. And something happened in the course of time that brought us together, it was probably that we happened at the same time. Unknown until I guess ’69, ’70, something like that, I was still in the theater. And our careers started paralleling and we were compared to each other and we would meet from time to time and when we became famous, we were caught off guard so to speak, that’s what happens to you when you get into that position. And there’s a period of adjustment and me and Bob would occasionally meet and talk about it, about what was happening to us, and that gave us a bond that we’ve kept throughout. I feel like he’s my brother and that I can trust him. I have Bob to thank for getting me this part, it was his idea, this whole project was, he got me to meet Martin Scorsese, whom I had never worked with before, so that’s the kind of thing that we have and that’s the kind of person he is.

When did you realise you wanted to be an actor?

I was just a kid and I realised that I could do it, it was a way of getting attention and getting out of certain classes at school because I did not like school. So, I would be in plays, school plays and I thought that I could do this because it seemed viable, and I wondered what is this thing that I do that they respond to. I remember, I must have been 12 or 13 and I did this play and afterwards this guy came up to me and said, ‘You’re the next Marlon Brando.’ and I said to him, ‘Who’s Marlon Brando?’ I went to a performing arts school and I remember that I loved the things that I learned, but I was too young, I was 15 but I might as well have been 10 or 11, I just was behind. Where I came from and the life I lived, you don’t want to know about that, but it was an interesting life at the same time. If you are interested there’s a book coming out. I had to quit school and go to work because my mother was ill. So I was living in the Village by myself when I was 16, 16 and a half. I was working odd jobs to make money and support myself and my mother. I was a city messenger, I was a bicycle messenger riding my bike 11 hours a day, that is how I learned Manhattan. I looked pretty good. I auditioned and got accepted in this thing called the Actor’s Gallery, it was a whole different thing. My mother died. I was alone and homeless, so I used to sleep on the stage of the theater that I played on at night which was fun. Because I’d find somewhere a bottle of beer or something, but I didn’t know where I was going with this but I knew that it was something that I wanted to do. Then I did a play called The Creditors and that was the moment that I knew that this was definitely what I wanted to do and that it was going to save my life. And it’s been a good life.