The superstar who plays the patriotic script to perfection 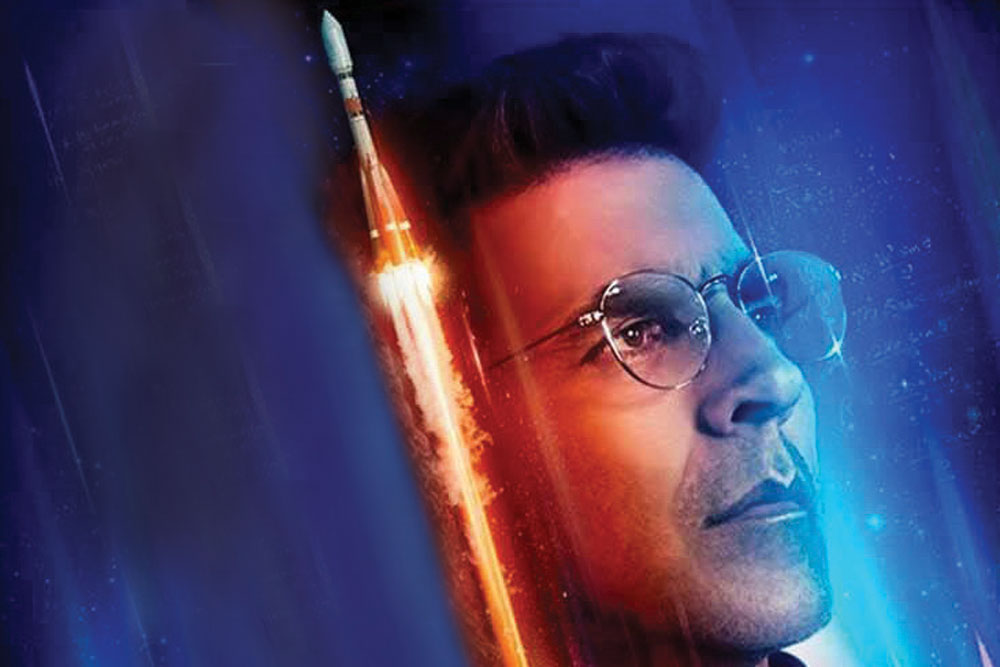 ONE OF THE MANY twists of fate in Bollywood that end up defining careers is this: Akshay Kumar losing out in an audition to Deepak Tijori for the part of spoilt brat Shekhar Malhotra in Mansoor Khan’s Jo Jeeta Wohi Sikandar (2002), starring Aamir Khan. But then in a career that began in 1991, Akshay, who spent five years in Bangkok’s Phurat Street cooking chhole bhature and learning Thai kickboxing, would go on to do many cringeworthy things on and off the screen. He would do a mud-wrestling scene with Rekha in Khiladiyon Ka Khiladi (1996), set to the tune of In The Night No Control; dance in a grass skirt with Salman Khan in Mujhse Shaadi Karogi (2004) and be happy doing a virtual striptease in Heyy Babyy in 2007. Off-screen, there was a time he dated two leading actresses simultaneously and ended up marrying a third.

That was then. The new and improved Akshay Kumar is no longer ashamed of himself for doing similar films. The one-time photographer’s assistant and martial arts instructor is the film industry’s Patriot-in-Chief, almost single-handedly giving rise to a new genre of films where national ideals are aligned to Bollywood’s box office. In movies ranging from Toilet: Ek Prem Katha (2017) to Pad Man (2018), Akshay has played characters who have made it their mission in life to improve the life of the common woman. Smartly playing into the jan andolan philosophy of this Government, Akshay has been a scientist leading the Mars Orbiter Mission in this week’s Mission Mangal and is essaying the role of one-half of a couple opting for surrogacy in the forthcoming Good News.

Along the way, he has played a businessman who ends up saving fellow Indians in war-torn Kuwait in Airlift (2016) and a lawyer who can distinguish between a ‘good Muslim’ and ‘bad Muslim’ in Jolly LLB 2 (2017). Leaving behind a body of work where the extent of his experimentation was the kind of action he did (martial arts or parkour), the 51-year-old is now a virtual one-man industry doing multiple movies in a year.

He has been embraced by the Government, invited to interview the Prime Minister and given special treatment aboard INS Sumitra. He has also associated himself with the Swachh Bharat Mission. This is despite having opted for Canadian citizenship.

He has reinvented himself several times. In 1999, he played an Anthony Hopkins clone in the desi version of Silence of the Lambs, directed by Tanuja Chandra, showing he was more than what India Today had described at one point as ‘Mr Muscles with a Mickey Mouse voice’. Showing a flair for comedy in Priyadarshan’s seminal hit Hera Pheri in 2000, he showed the first flash of the millennial Manoj Kumar persona in Namaste London in 2007, updated with red hair, pink kurta and Katrina Kaif.

The 6’1” fitness icon who got into the movies only to make money—having lived through a childhood spent in Koliwada, a Mumbai chawl—has evolved into a serious artist, putting his considerable force behind cause cinema.

His disciplined lifestyle, which involves waking up at 5 am and sleeping at 10.30 pm, allows him to keep a distance from Bollywood’s hectic celebrity-obsessed partying while retaining his status as an all-powerful producer against whom few dare speak. Despite brief hiccups like the forgettable Housefull comedy franchise, he has maintained a politically correct public avatar, with the occasional video calling out sexual harassers in Bengaluru on New Year’s Eve in 2017, donations to drought-hit farmers in Maharashtra and a special insurance scheme for the film industry’s stuntmen and stuntwomen.

It doesn’t hurt to have one of the smartest women in India, Bollywood royalty and bestselling author Twinkle Khanna, as his wife. It gives his authentic Punjab da puttar, Dharmendra’s true inheritor image a much needed feminist twist. With no alignment to Bollywood’s often vicious cliques and an ability to keep his own counsel, the actor may well prove director Priyadarshan right: that like the legendary Mohanlal, he no longer needs to act. He just needs to be.