This is not an accurate portrayal of the Kuwait evacuation, but worth a watch all the same 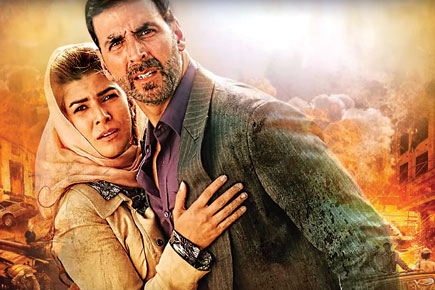 The heroes of the evacuation of over a hundred thousand Indians stranded in Kuwait after Iraq’s invasion of the country in 1990 may well have been IK Gujral, then Minister for External Affairs, and MP Mascarenhas, then regional director of Air-India in the Gulf. But these distinguished gentlemen do not quite match Bollywood’s profile of action heroes.

Akshay Kumar needed a part in that story, and one in which a little fiction would do no harm. So he plays an Indian businessman in Kuwait called Ranjit Katyal, very loosely based on Sunny Mathews, an expat from Kerala with plenty of contacts in Kuwait and Iraq, and who was one of many who helped organise relief operations before the airlift began. But the way the story plays out in Airlift, it is Katyal who makes all the personal sacrifices and does all the tricky negotiations involved in the exercise, including driving out to Baghdad and arranging a meeting with the late Tariq Aziz, then foreign minister of Iraq.

This is hard to believe, as are the scenes we frequently cut to in South Block, New Delhi, where the only person remotely interested in the Gulf crisis is a joint secretary called Sanjiv Kohli (Kumud Mishra). The other bureaucrats and politicians at the Ministry are shown as more interested in going on foreign junkets.

Naturally, these scenes are amusing, entertaining the audience with predictable sloth in the Indian Government, and contrasting it with the dynamism and commitment of Katyal, a man who risks his life every day and whose wife (Nimrat Kaur) refuses to leave until all Indians are safely back home.

The Berlin Airlift, it was not. Yet it was an extraordinary operation conducted by a national airline, and some of the conversations, the locations, the depiction of a sense of siege that envelops a nation under occupation—all these are rather well done in Airlift. And they make the film worth a watch.