A heart-wrenching romance that may even make you believe 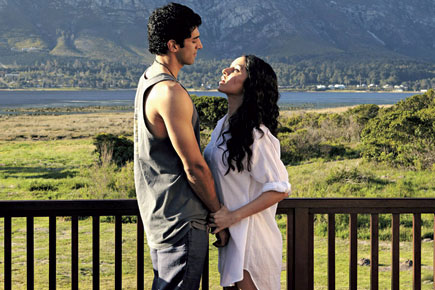 A heart-wrenching romance that may even make you believe


There is an emotional intensity to the melodrama in Aashiqui 2 that is unexpectedly moving. It is a romantic film of two singers in love and is obsessively focused on the couple. Though the film is set in the Bollywood music industry, a great deal is shot abroad, as if to say that it doesn’t really matter where you locate it. The girl’s parents are dispensed with after a brief introduction, and the boy keeps talking to his father on the phone, but we never see him, so he may as well be fictional.

The obstacle to love is alcohol. Billy Wilder’s The Lost Weekend, a film about an alcoholic writer in New York who finally understands that the writer and the drunk are the same person, comes to mind. This is what Arohi (Shraddha Kapoor) says, when asked in Aashiqui 2 why a successful singer like herself keeps hanging on to a has-been rock star, now an alcoholic. She says she loves the musician and the man, so she has to love the drunk.

That is her destiny, she says, and this where East is East and West is West and a Hindi film just cannot seem to resolve a plot predicament without obfuscating it with fate and fortune. The film goes from a lost weekend to lost years and the forbearance of Arohi towards her alchoholic lover, Rahul (Aditya Roy Kapur), continues indefinitely. We are shown every stage of his self destruction, and though this isn’t Devdas, there are one or two places where this movie does work.

And it does so primarily because Shraddha Kapoor has a very expressive face and persona. She moves you with the cussed stubbornness with which she loves, and convinces you that she can’t live without her man. Unfortunately, unqualified love, even the notion of, is outmoded.