Sajid Out, Sajid In | Why So Silent? 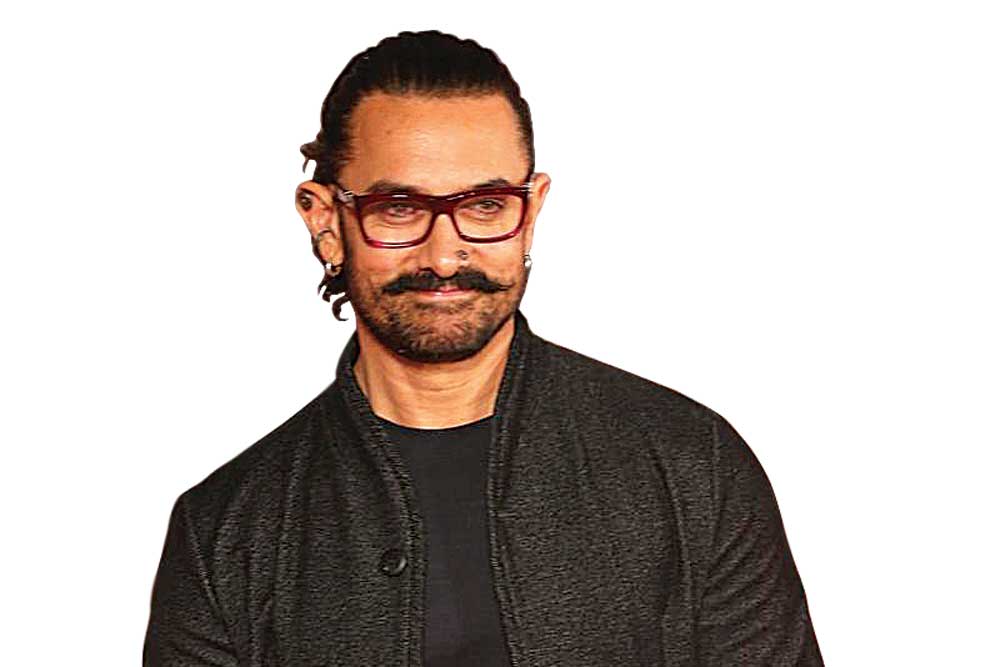 Aamir Khan is into smoking pipes these days. The 53-year- old star was introduced to the habit by a friend around the time he’d given up smoking cigarettes, and soon developed a liking for it. So much so the actor made an hour-long road trip to Milan from Como (where he was attending Isha Ambani’s engagement celebrations recently) to check out a highly recommended pipe shop. Apparently, he came back with over a dozen pieces, and let’s just say they weren’t cheap. His long-time Man Friday has since been trained to clean the pipes, maintain them and change the tobacco.

The actor suddenly has a hole the size of a football in his schedule after he dropped out of the Gulshan Kumar biopic last week in the wake of sexual harassment allegations against the film’s writer-director Subhash Kapoor. When Aamir was apprised of the charges against the filmmaker (from two years ago), he pulled out from producing and acting in Mogul, and in a statement on behalf of himself and wife Kiran Rao said they have always had a ‘zero-tolerance policy against sexual misconduct and predatory behaviour’.

The Jolly LLB director Subhash Kapoor has denied the allegations and intends to fight them in court. Aamir has not clarified whether he might work with Subhash if and when a court gives him a clean chit, but insiders say the project is likely buried now after T-Series honcho and the film’s co-producer Bhushan Kumar (son of Gulshan Kumar) was also outed for alleged harassment, which he has rubbished.

Sajid Out, Sajid In

Farah Khan is not pleased about stories suggesting she skipped cousin Zoya Akhtar’s birthday bash last weekend to avoid questions about her brother Sajid Khan, who was earlier that week named and shamed by women for allegedly harassing them sexually. Turns out Farah had longstanding plans to travel with her kids that weekend, and she’d informed Zoya she wouldn’t be able to make it to the party over a week ago.

The Happy New Year director is understandably rattled by the accusations against Sajid, and apparently confronted her brother when they first surfaced. She also put out a statement on social media, declaring: ‘If my brother has behaved in this manner he has a lot to atone for. I don’t in any way endorse this behaviour and stand in solidarity with any woman who has been hurt.’

Sajid Khan, meanwhile, stepped down as director of Housefull 4 in the wake of the allegations. In a statement, the film’s leading man Akshay Kumar had said he’d asked the producer to cancel the shoot, pending investigation. ‘I will not work with any proven offenders.’ Nana Patekar, one of the film’s actors, also accused of harassment, by Tanushree Dutta, dropped out of Housefull 4 but denied the allegations.

The shoot resumed earlier this week with writer Farhad Samji taking over directorial reins, and with producer Sajid Nadiadwala closely monitoring operations. A unit member reveals the mood was ‘business-as-usual’ except for a few communication hiccups between the new director and his crew that were promptly resolved by Nadiadwala.

Insiders are puzzled over the silence of one of Bollywood’s most outspoken couples on the MeToo wave. A well-regarded pair of professionals who position themselves as progressive and liberal, they tend to lead any discourse that involves industry and Indian cultural matters.

As is true of several filmwaalas who have condemned this culture, some of their friends and colleagues have been accused too. But this couple was seldom known to shy away from taking a firm stand—even if it made them unpopular among friends. Are they afraid, as some are suggesting, of skeletons tumbling out of their own closets?