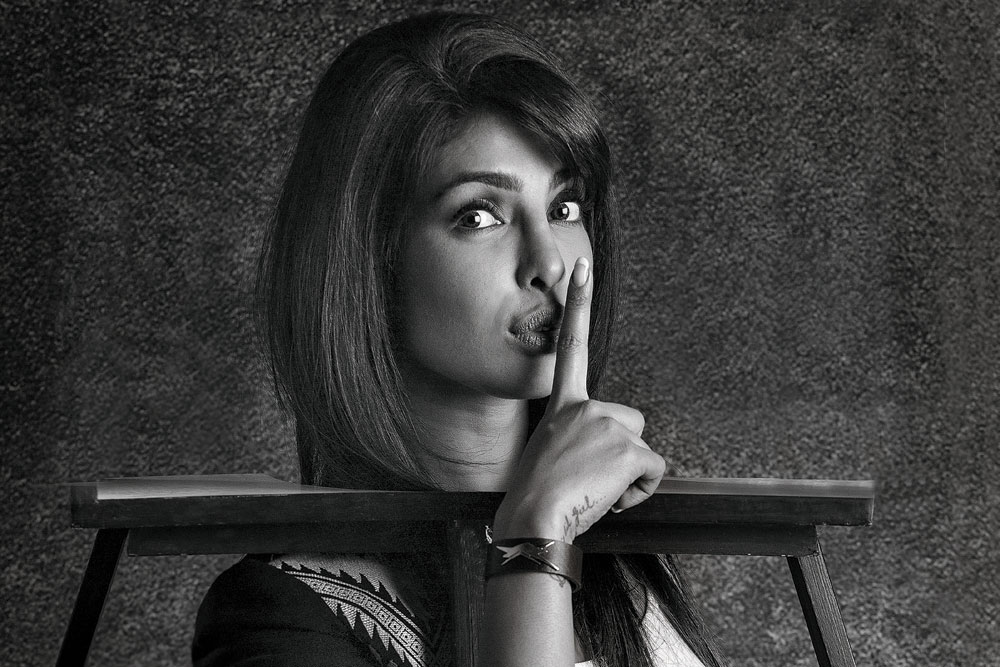 Don’t put anything past Priyanka Chopra. Every opportunity she’s got, the actress has proved that she’s a true multitasker. Between her acting gigs (she was filming Matrix 4 until recently), production deals with streaming platforms (she’s developing original global shows and films for Amazon Prime Video) and championing her husband and frequently travelling with him for his concerts, Priyanka recently also completed her memoir.

She announced on social media the book had been sent to the publisher. Titled Unfinished, the memoir will likely cover her rise and rise from her early years to her Miss India and Miss Universe wins, her Bollywood journey, her successful stint in the West, finding love with Nick Jonas and how she balances her professional commitments with her personal life. The book is expected to be out before the end of the year or early next year, and Priyanka put up a picture of the manuscript declaring that it was an “amazing feeling” to see “these pages printed on paper for the first time”.

After holding out nearly five months, the word in industry circles is that the producers of the Coolie No. 1 remake have succumbed and made a deal to send the film straight to streaming. This Varun Dhawan and Sara Ali Khan-starrer has been complete since before the pandemic, but producer Vashu Bhagnani insisted he would wait for cinema halls to reopen and release the film theatrically. However, it appears that the financial stakes have proven too high to stick to that plan…especially in a scenario where the reopening of cinemas is a distant dream. According to sources in the trade, David Dhawan’s remake of his own Govinda and Karisma Kapoor-starrer from 1995 will drop on Amazon Prime Video in October.

During a conversation I had with him recently, Naseeruddin Shah pointed out that it would be interesting to see how big, commercial films that were intended for the cinemas will be received when streamed directly into people’s homes. “I’m curious to know how a Salman Khan film will do when watched privately,” he said. “I think the age of those big two and three hundred crore blockbusters may be over,” he added.

Naseer was no doubt referring to the sort of crowd-pleasing entertainers featuring prominent stars that tend to play to the gallery, and are designed expressly to both deliver and exploit the shared nature of the theatrical movie experience. The original Coolie No. 1, with its thin plot but chartbuster songs, broad comedy and winning cast was exactly that kind of film, and the remake will likely be similarly designed. But with its release and consumption model so radically altered, will it evoke the same response? It’s something all of Bollywood is watching closely. There is, understandably, considerable financial pressure on other films like Sooryavanshi, ’83, and the Salman-starrer Radhe, that are either complete or more or less finished.

Swara Bhasker’s new streaming show Flesh is an unsettling thriller about the widespread sex trafficking network in India. Disturbing scenes of abuse, of abducted children being forced to watch pornography and of young girls being transported in containers make it a difficult but essential watch. Swara plays a ball-busting cop who has little regard for the rules and is especially allergic to men who treat children and women unkindly. She jumps in to help a set of NRI parents whose teenage daughter is kidnapped from a wedding and commits herself completely to the case. Also good is Akshay Oberoi playing a permanently drugged-out bad guy in Kolkata who is a central figure in the trafficking ring.

The parallels with the Rani Mukerji-starrer Mardaani aside, Flesh is artfully scripted by Andhadhun scribe Pooja Ladha Surti who fashions the narrative as three separate subplots that meet to reveal a big twist. The show doesn’t pull any punches in its depiction of extreme violence and abuse, but it is the very uncomfortable nature of the subject that makes it such a compelling watch.