This film is disappointingly executed and looks historically repetitive and dated 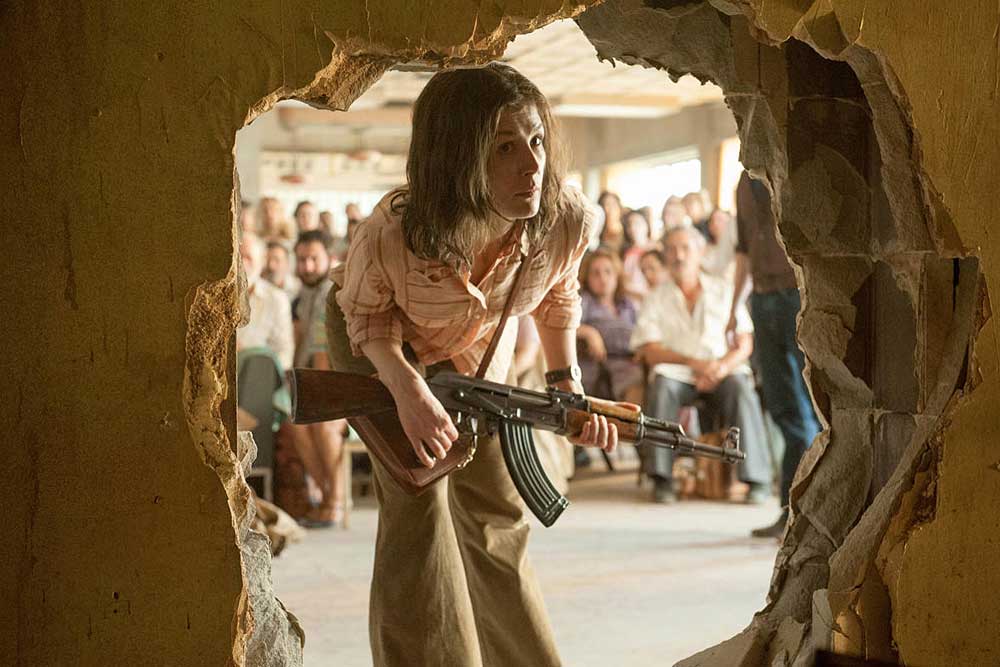 After more than 40 years, we have yet another film on the Israeli operation at Entebbe Airport that dramatically ended a hijacking and hostage situation in 1976. You would have thought that the only reason for a new film to be made is to throw some light on previously unknown details, or to gain some special political insight on the motives of the hijackers, or to gain perspective on the changes in Israeli policy on Palestinian resistance to the Israeli Defence Forces.

No such luck. This film is a reasonably competent rehash of the same incident, with a little more attention given to the divisions, ideological and personal, between the hijackers, two of whom were Germans from a left wing revolutionary cell, played in the film by Rosamund Pike and Daniel Bruhl. The concern of the Germans was that they should not be viewed as fascists, or Nazis, wanting to torture and kill Jews, but be seen instead as liberators of Palestinians, oppressed in their own homeland. But such was their sense of guilt from the Nazi period of German history, that the German hijackers were kinder to the hostages than their Palestinian brothers in arms, who had personally suffered from Israeli persecution. As a result, the film implies, there was a conflict of interest: the team was a little lax in their approach and did not anticipate the dramatic rescue by the Israelis in ‘Operation Entebbe’.

Also, after the passing of four decades, one would have liked to see a more objective historical perspective on the Entebbe operation, and to question if it was actually as outstanding a military raid as Israeli and American propaganda, and the three previous movies made on it, make it out to be. The military dictator of Uganda, Idi Amin, played here by Nonso Anozie, who allied himself with the hijackers and facilitated their activities, was not a great political strategist and was regarded as crazy and unpredictable. At his airport he had outdated Soviet airplanes that were ineffectual and were easily destroyed by the commandos. The Ugandan guards were not well trained and it took just 90 minutes for them to be overpowered, for the hijackers to be separated and killed, and for the passengers to be rescued.

Moreover, the film makes the eccentric cinematic decision to intercut a dance performance by a troupe in Jerusalem, with the rescue mission. This ends up as hugely distracting from the drama and action in the final climactic scenes. The beat of the rhythmic music from the dance, and the visuals of the energetic movements of the dancers, virtually edits the climax of ‘7 Days in Entebbe’, jumbling the sequence of events entirely in the audience’s minds.

This film is disappointingly executed and looks historically repetitive and dated, even while you watch it.