Heroines whose main activity is to remain ill and dutiful 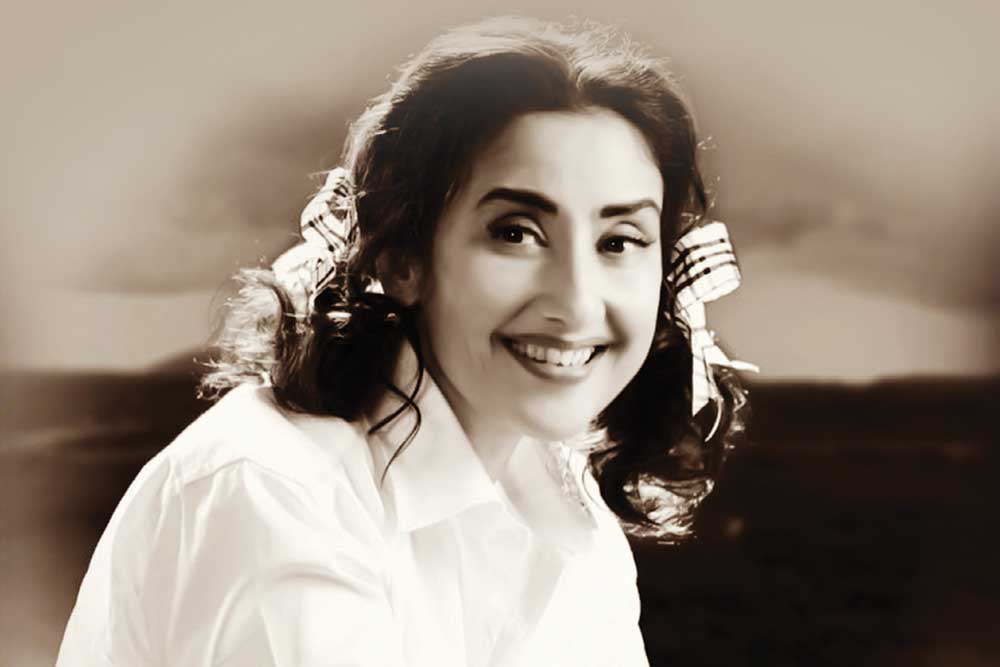 WHEN OCTOBER arrived this April, we saw a hero so absorbed in the care of an ailing girl that he grew unashamed to ask his classmates for survival money. Danish gives up on his studies, never calls home and gets thrown out of his course. To me, it was his asking, and accepting, money from classmates who look at him with wary eyes that was the most striking.

When someone is in hospital, the men around the patient busy themselves with the ‘practical’ things— typically this means organising money, insurance paperwork, managing the financial side of things. We see Shiuli Iyer’s uncle, for instance, call a family conference when he thinks her treatment is getting financially unviable. We never really see him next to Shiuli’s bedside. Danish is the opposite of this. He is so involved in the minutiae of her care that he notices when her eyebrows grow out of shape. But he becomes so impractical about his own finances that he has to borrow money for his personal expenses. It’s interesting that his classmates too agree to give him this cash. He would scorn them for being unambitious. But they see him doing something unusual, something that perhaps they find they are incapable of.

We see Danish’s mother, annoyed that he hasn’t called home for months, regard him in a new light when she sees the girl he is tending to. His manager, who generally cuts him to size, finds him a job when he is expelled from his course. Danish changes around the ailing girl, and we see the people around him reacting to this. Unfortunately, we don’t see much about Shiuli Iyer, the girl who sets all this change in motion.

An arc around an ailing woman and a deeply affected man also unfolds in the recent film Sanju. He spirals into a full-blown junkie in the days after he learns of his mother’s cancer diagnosis. Yet, he remains by his mostly comatose mother’s side. This relationship, and particularly Dutt’s horrifying behaviour by his mother’s sickbed, provide the film’s most compelling moments. I’ve never seen a man on the Bollywood screen run into the toilet, and lock himself in at the thought of being sent away from his dying mother. (Most Bollywood heroes have swung forth into the world when loved ones are dying. Remember Amitabh Bachchan’s Bhaskar Banerjee in Anand? He ran out to buy homeopathic medicines and missed the moment of Anand’s passing). Nor have I seen a man who admits to standing watch by his mother’s sickbed filled with drugs.

It was details like these that said something interesting about Sanjay Dutt. The rest, as many critics have noted, is yet another narrative that glorifies a man who likes sex, drugs and guns. Of his mother, around whom this drama unfolds, the film gives us nothing except that she was mostly comatose in the days before her death.

In Pink (2016), lawyer Deepak Sehgal’s wife was confined to the bed throughout her screen time. It was a small role, only a handful of scenes, but it was significant in shading lawyer Deepak Sehgal’s persona. When we see Sara Sehgal, played by the well-known Bengali actress and dancer Mamata Shankar, we begin to get some clues to the opaque, and frankly strange Deepak. One day, he invites the three girls to meet Sara, and when they meet her, they start to grow more comfortable with Deepak. Perhaps, he retired from work so he could look after his wife, perhaps his awkward behaviour is because caregiving takes such a toll on him. His comfort around Sara, on the other hand, is palpable. He is almost showing her off to the girls. It’s difficult to draw any inferences about Sara though. The only thing we know about her is that she is childless, perhaps this too is related to her illness.

Mamata Shankar had a supine role in the Bengali film Maacher Jhol right after Pink. For 90 per cent of her screen time, she lay on a hospital bed

Right before Pink, Amitabh Bachchan played husband to a wheelchair-bound wife in Te3n (2016). Nancy Biswas is not bedridden like Sara Sehgal, but her husband John has to do all the housework alone. He picks up the clothes from the terrace and puts the pegs neatly back on the clothesline, he does the cooking, he buys milk and makes tea. Nancy chides him for forgetting ingredients in recipes. It’s nice to see a man like Amitabh Bachchan, the iconic angry young man, lumbering around with domestic concerns like this. Incidentally, we never know what John Biswas did for work. We only know him as a domestic man, a husband and grandfather, grieving for his dead grand-daughter and the healthy wife he once had.

I mention these films to note two things: first, the recurring motif of the highly-dependent ailing woman to represent a certain kind of male protagonist. Some of the more memorable heroes in recent Bollywood films have been given ailing women in their stories. The sort of man who is not afraid of doing time by the sickbed, this suggests, is different. From what I have seen in my family, this is true. When someone is ill, the men bustle around going to the ATM, organising cars and coffee, picking fights while the women do the looking after and the speaking to doctors. It is quite nice, in fact, to see some men who are different from this on the screen.

Second, this ailing woman does nothing— or little—else but ail on screen. She is given no story arc apart from her illness. We know nothing about Sara Sehgal and Nancy Biswas except that they need taking care of. When Martin, the priest played by Nawauddin Siddiqui comes to visit John Biswas at home, he asks Nancy, “Does he take care of you?” About Shiuli Iyer, all we know is that she loves the Shiuli flower that falls in the month of October. This is the fate of Nargis Dutt too, the iconic Hindi film actress whose presence should have evoked considerable interest for her own sake from the audience. There’s one casual remark about her going to Hollywood, and a snatch of a hit song. We never see Sanjay Dutt look to his mother to prepare for his acting performances, we never even know if he is a fan of Nargis the actor. In Sanju, her main activity is to lie supine, her main function to highlight Sanjay Dutt’s unexpected closeness to his mother.

Danish changes around the ailing girl, and others react to this. Unfortunately, we don’t see much about Shiuli, who set this change in motion

The term manic pixie dream girl (MPDG), coined in 2007 with reference to the Hollywood romantic comedy Elizabethtown by the critic Nathan Rabin, refers to a free-spirited female lead whose only function on screen appears to be to make the hero ‘embrace life and its infinite mysteries and adventures’. They are given no inner lives. The Full-Time Ailing Woman (FTAW) seems similarly designed to service the hero. They have no destiny on screen except to showcase the hero’s sensitive nature. We are not allowed entry into their thoughts. At least the MPDG has independence of movement, the FTAW has an even more restricted existence on screen. Would she be safe without the hero, you think?

Interestingly, the actress Mamata Shankar had an identical supine role in the Bengali film Maacher Jhol (Fish Curry) (2017) right after Pink. For approximately 90 per cent of her screen time, she lay on a hospital bed. But she directed matters from there: she demanded a particular fish curry, she took the call on her brain surgery, she brought together estranged father and son, and son and ex-wife. Her character has a lot more sovereignty than Sara Sehgal. She is given the respect of a character in her own right, unlike the Full-Time Ailing Woman.

I noticed how the hit Tamil film OK Kanmani (2015) also avoids this trap. In the film, the dancer Leela Samson does a superb turn as Bhavani Aunty, a patient of Alzheimer’s and her husband Ganpathy, played by Prakash Raj, spends his time tending to her care and doing the housework. Bhavani Aunty may have well set off the enthusiasm for the FTAW. Yet Bhavani Aunty has a career aside from Alzheimer’s—she is a well- known Carnatic vocalist in Mumbai. She has her own love story. It’s only in contemporary Bollywood, it appears, that this ailing woman is fully occupied with her illness.

The Maaji character that Nirupa Roy played in several films—and Rakhi reprised superbly in Karan Arjun (1995)— is probably the closest equivalent to the FTAW. But Maaji is sometimes surprisingly resourceful compared to the FTAW. In one of her iconic appearances, in Amar Akbar Anthony (1977), Maaji left home because she was ill with TB. In the understanding of 1970s Bollywood, a diagnosis of TB meant death. So Maaji left because she did not want to be a burden (read dependent) on anyone. Maaji also happens to be blind. Amazingly, she makes an independent livelihood as a flower lady. Astute observers of the film, William Elison, Christian Lee Novetzke and Andy Rotman who authored Amar Akbar Anthony: Bollywood, Brotherhood and the Nation, have noted that she is never actually seen making a flower sale in the film, but she manages to fend for herself. In Karan Arjun, Rakhi’s Maaji is less enterprising but she can be seen flapping around the village temple by herself, confidently threatening the villains. Maaji wants closure for the family, but she doesn’t want help for herself.

(The ailing heroine with a big disease, like we see in Mili, or more recently in Rockstar or Lootera, is a distinct type from the FTAW. These women are fully-developed characters, even if they tend to be of a type—cheerful, optimistic, full of life. This is also the personality type of heroes with a big disease—Anand, Kal Ho Naa Ho and Guzaarish.)

My experience tells me that Maaji is a more realistic picture of things. Men and women ail differently. Women tend to be more reluctant of being dependent when they are suffering. Over the past nine months, I have been caregiver to my grandmother and father, both severely sick. My grandma bathed even on the morning she passed, she was apologetic that she needed help for her ablutions in the last months of her life. In the weeks that she stayed in hospital, I stayed in her room some nights. Other nights, there was paid help. My uncle— her son—never did. The male caregiver hero is truly such a delicious fantasy.

On the other hand, my father is unembarrassed when he soils his clothes, or has to be bathed by my mother. He is annoyed when we ask him to be more independent. I can’t imagine him doing the same for my mother. It makes me think, how come we don’t see the full-time ailing man on the Bollywood screen, and his exhausted female caregiver?