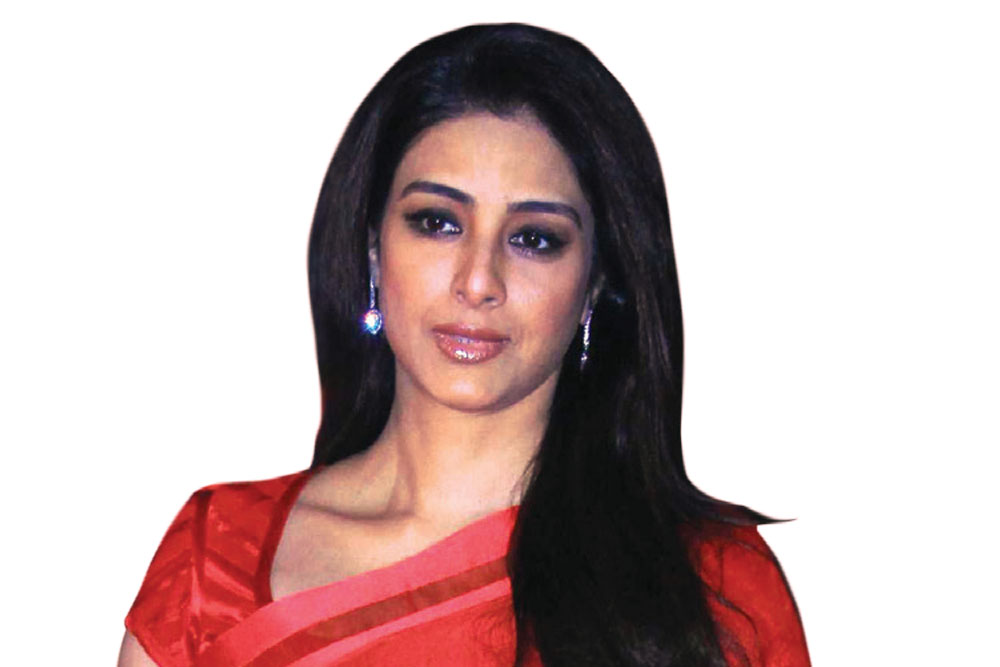 Taapsee Pannu is unfazed by the attacks from Kangana Ranaut via her sister and manager Rangoli Chandel. A few days ago, when the trailer of Judgmental Hai Kya— Kangana’s new film with Rajkummar Rao—was released, Taapsee expressed her excitement on Twitter, writing that she had high hopes from this film and that the trailer didn’t disappoint. Far from returning the courtesy, Rangoli launched an attack on the Manmarziyaan star, referring to her as a “sasti copy” of Kangana. Rangoli also pointed to an interview in which Taapsee had remarked during a ‘rapid fire’ round, that Kangana could do with a double filter.

Unperturbed by the uncalled-for attack, Taapsee tells me she doesn’t know why the actress has a problem with her. “I didn’t realise that there’s a patent on curly hair and strong opinions.” Touche. She says the comment she made about Kangana needing a double filter wasn’t intended in a malicious or derogatory way. “I need a filter too. But it’s because I can’t help being frank and outspoken. I see that as a strength, and meant it as a strength. I don’t know why she took it badly.”

To be fair, Taapsee has a better track record when it comes to civil equations with other actresses. She got along famously with Jacqueline Fernandez when they worked together in Judwaa, has hit it off swimmingly with the four other actresses in Mission Mangal, and actively sought out Bhumi Pednekar to be her co-star in Saand Ki Aankh.

Even before Madhuri Dixit stepped in to replace Sridevi in Kalank, and even before Sridevi herself was approached for the role of the courtesan in the film, the makers of the film reportedly reached out to Tabu to take the part. But the Andhadhun star politely turned down the role very early on, prompting the filmmakers to seek out another actress for the job.

It’s not the first time Tabu was considered for a project produced by Karan Johar. Sources within Dharma Productions reveal that Karan had been trying to make up his mind between Tabu and Aishwarya Rai for the role in Ae Dil Hai Mushkil. For that one he apparently reached out to Aishwarya first and since she said yes, the offer never reached Tabu, although she was literally the only other actress Karan could think of for the role.

There’s been some buzz about who will take the role of Mumtaz Mahal opposite Anil Kapoor as Shah Jahan in Karan’s next film Takht, and Tabu’s name has been bandied about. But a source close to the project explains that the film does not focus on Shah Jahan’s romance with Mumtaz, and that her character does not feature in the film at all.

Clearly Karan is going to have to wait a little bit longer to fulfill his wish of working with the powerhouse star.

Not Ready to Be Yesterday’s News

A popular actress from some years ago, still working sporadically, still glamorous, is not thrilled that one of her iconic film songs is being revived and reshot for a new movie. It’s a song that put her on the map, a major turning point in her career, and one that established her as a leading sex symbol. She doesn’t think it’s fair that the song will now ‘belong’ to another actress when it is picturised for the new film.

According to the industry grapevine the actress made calls to those involved with the new film and let it be known that she was not pleased, especially since the actor who appeared with her in the original film still gets to be in the new version of the song. Indeed it is telling of Bollywood that 25 years after playing the lead in the original film, the hero is still a leading man in the new film. The heroine, however, is treated as yesterday’s news, replaced by a younger actress.

The makers of the new film mumbled apologetically but explained that they had no say in the matter. She even offered to do the song herself if they were determined to use it. Of course all complaints fell on deaf ears; the song has been more or less completed, and the younger actress on whom it has been filmed will add it to her vault of chartbusters.