It was an epic tennis final with lightning forehands, delicate slices, and smashing serves coupled heavily with precision and true grit 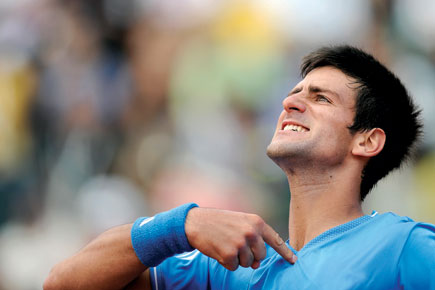 “Tennis is a perfect combination of violent action taking place in an atmosphere of total tranquillity.”
– Billie Jean King

The Wimbledon 2014 final was just that; a brilliant 3 hours and 56 minutes of riveting, grueling and exceptional tennis showcased by two of the greatest tennis players of this era. It was an epic tennis final with lightning forehands, delicate slices (sometimes from the baseline!), and smashing serves coupled heavily with precision and true grit. A fitting final for one of the most egalitarian tournaments in the world!

“Tennis is a perfect combination of violent action taking place in an atmosphere of total tranquillity.”
– Billie Jean King

The Wimbledon 2014 final was just that; a brilliant 3 hours and 56 minutes of riveting, grueling and exceptional tennis showcased by two of the greatest tennis players of this era. It was an epic tennis final with lightning forehands, delicate slices (sometimes from the baseline!), and smashing serves coupled heavily with precision and true grit. A fitting final for one of the most egalitarian tournaments in the world!

True of all grand slams, at the onset, Rafael Nadal, Novak Djokovic, Roger Federer and Andy Murray were touted as the frontrunners to win the Championship. But with Nadal and Murray ousted at the beginning of week 2, and with fans and experts seeing the emergence of new winners in the past couple of grand slams, for a fleeting moment it did feel like the young guns might just possibly overshadow the veterans. But it’s not so easy to serve out the great men of this golden tennis era. When Sunday rolled by, it wasn’t a matchup between the newbie’s, but as expected between two seasoned veterans, who together hold a staggering 24 major titles and have played 35 major finals. These veterans went out and displayed the finest of their fine tennis, fighting till the end like gladiators presenting us with a roaring final.

But it was a Sunday of triumph for both the players. Prior to coming into the finals, the two players carried with them their excess luggage. The Swiss maestro, Roger Federer came in with the weight of not having won any Slam in the last two years. With age dawning and struggling to find and maintain the absurd level of power, speed and consistency that pushed him to 17 Slam titles, many a tennis pundits were starting to write him off from the tennis circuit. With his early exit last year, the odds were against him as many did not think that Federer would reach the final. But with a stupendous tennis on display this Sunday, he has made his critics shut up and forced them to eat grass, literally!

Novak Djokovic, the crafty Serb, on the other hand was struggling to get back his momentum, his rhythm. Having lost five out of the past six grand slam finals he has played, the Serb was suffering from a massive psychological block, which he had to overcome.

And in a classically elegant Wimbledon style, both the players overcame their hurdles. What was presented on Sunday evening was nothing more than a cult classic show of Federer’s will power vs Djokovic’s athleticism. Both players had their equal moments of slop and slump, of fall and frustration, and of perseverance and precision.

In the after match conference post the win, Djokovic reiterated his emotions who just like 2011, feasted on victory by eating a blade of grass immediately after. "This victory meant so much to me because it was against a great rival in terrific form on his court, also considering the fact I have lost three out of four Grand Slam finals. It was a huge test and a mental challenge. We were pushing each other to the limits. This one was extra special."

Anybody who loves tennis, and is a tennis freak like me, the Djokovic-Federer match was indeed gut-wrenching and a lot more.

Djokoivc went into this match as an anti-hero. He had reprised his role from last year as a villain who had fought against the Brits prodigal tennis son, Andy Murray. The majority of the crowd was backing Federer (even the Duke and the Duchess were seen cheering for Federer), cheering and luring for him to rewrite history, once again.

The match was a get go from the first serve.Tennis is a sport which is known for its beauty and intense competitiveness, the passion and drive, and the athletic brilliance. And throughout, the tennis was of superb quality. But it was in the fourth set that the match truly became a fascinating and nerve wrecking performance as first Roger, and then Novak, seemed bogged down by the huge exertion and pressure of it all.

Tennis at this level becomes a mental game and for five gruelling sets, neither man lost his head. The appetite to fight was on equal display in both the players. As The Guardian puts it, “Federer pushed and probed, Djokovic stood firm, both men delighting Centre Court with tenacity and athleticism and refusing to the last to offer certainty as to the result.”

For close to four hours, Novak Djokovic and Roger Federer went head on, exchanging blow-for-blow, not giving up and delivering the crowd in the stadium and around the world plenty of OHH and AHH moments. And with Federer taking the match to five sets, it almost became certain for some time that he might just clinch his eight Wimbledon title. But it was a battle of who had the physical stamina than the mental strength, which is where Djokovic outlasted him. Djokovic weathered the storm, turning the tide in his favour. And not to mention, there was a little bit of luck with the Serb. Federer ran 4,096 metres to Djokovic’s 3,773 and his first serve failed him near the end, his 32-year-old legs growing weary under the strain. Having fought for too long, Federer slumped into exhaustion and literally handed Djokovic the match with a series of unforced errors in the final game.

“He’s a magnificent champion, a great example of a great athlete, and a great role model for many kids. So I respect your career, and everything you’ve done, and thank you for letting me win today.” Djokovic said, speaking in an on-court interview after the match.

If throughout the game, both presented a top class gritting tennis on show, it was after the match, the huge battle of heart and will, with the old twin imposters of triumph and disaster both shaking their stuff. Both openly congratulated and applauded each other’s game, like true gentleman. This is the beauty of Wimbledon. Wimbledon is as much about the game as it is about the players. Wimbledon still stands for what it was created, a competition of the best to be the best.

And without a doubt, Wimbledon is the greatest of the great out of the all slams. To put it in cricket terminology, Wimbledon is too tennis what Lords is to the cricket. It is the Mecca of tennis. That’s why for every champion a Wimbledon win, no matter how many times you win- is special than the previous. And each loss is a shattering than the previous. But not this time around. Roger Federer who is the second favourite at SW19, walked off this Wimbledon finding his new age will to win and desire for self-improvement, making sure to tell the crowd, “See you next year.” Widely feared to have lost touch with younger rivals Djokovic, Rafael Nadal and Andy Murray, Federer admits there are no guarantees over his future, but he is optimistic he will add to his record 17 majors. “I feel like if I’m playing well I feel like I can control the field to a degree,” he said after losing”. And even though he might have missed this chance to win his record 18 major, but this new found determination and zeal for the game, mind you, will only grow in his 33rd year. And who says history can’t be written when you are 30. Look at Serena Williams. A 30 female warrior who made one of the best comebacks in tennis history. She rocks the women tennis stage and has made 30 the new 20. So it’s definitely not the professional ending for Roger Federer.

But what has come to an end is the glorious summer of tennis; but with new rankings coming into play. Djokovic after his gritting eight grand slam win has reclaimed his number one spot, and Federer has come up to number three (Rafa is ranked number two).

So what does these new rankings tell? For all those who doubted, questioned and was trying to write off the top three, the writing has made it clear, it is far from the end of the golden era of tennis. The top three will continue to dominate the tennis circuit for a very long time. Coz, even as we see new faces emerging each season, the determination on those faces reflects the age-old spirit of the game. And nobody can beat them expect maybe themselves!