When Fame is Mere Compensation

The booming Indian art scene has left many artists licking their wounds. With India yet to make rules on resale royalty, they can claim nothing of the astronomical sums their signed works are fetching 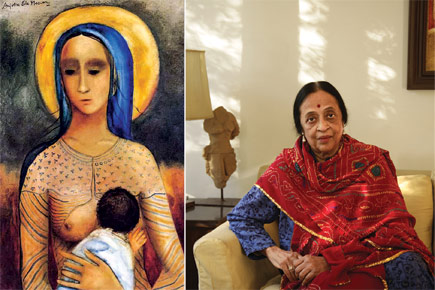 With India yet to make rules on resale royalty, Indian artists can claim nothing of the astronomical sums their signed works are fetching


With India yet to make rules on resale royalty, Indian artists can claim nothing of the astronomical sums their signed works are fetching

Art news in India makes headlines when a work is sold for an unbelievable sum. The euphoria had reached a peak in 2005, when Tyeb Mehta’s Mahishasura fetched nearly $1.6 million at a Christie’s auction, the highest sum that an Indian painting had ever got at an international auction till then. A Tyeb Mehta painting, and yet, strangely enough, it wasn’t his really. Mehta’s ownership went as far as conceding that he had painted it. Post its resale at Christie’s, he could lay no claim to even a portion of these phenomenal earnings. There’s an oft-repeated story that it was only with one of his paintings titled Kali that Mehta was really given his due. Reportedly, when Ebrahim Alkazi, founding head of the National School of Drama, put this work from his private collection up for sale, he offered Mehta 25 per cent of the resale price—solely as a matter of ethics.

With Mehta’s demise recently, the question rears its head again—should Indian artists be paid a percentage of the resale proceeds? After all, droit de suite regulations, as they are known, are already in force in several countries. Artist Anjolie Ela Menon, for one, has been most vocal about these rights. “We are still fighting to make 7 per cent share of profit made at the resale of every painting available to the artist,” she says.

In this, artists have the support of Vadhera Gallery based in New Delhi. “Most definitely, it should be done. And we are not speaking of just the works of Tyeb, MF Husain, Ramkinkar Baij,” says Deepak Vadhera. He suggests a sliding value scheme, with paintings selling for Rs 5 lakh or above being considered for profit share.

France was the first country to implement these regulations in the 1920s. Even then, this resulted after public outcry over the plight of Jean-Francois Millet’s family living in abject poverty, while his works fetched astronomical prices. By 2001, EU member countries had adopted these rules and from this year, artists in the UK also benefit from the resale of their works. In Australia, too, a parliamentary committee introduced a 5 per cent resale royalty scheme after aboriginal artist Clifford Possum Tjapaltjarri’s Warlugulong received Austrialian $2.4 million, having originally sold for $1,200.

So why has India dragged its feet over honouring creative investment? The main obstacle, says Vadhera, is the lack of infrastructure for such legal protection. “We need authentication and valuation authorities for art, just as we have them for property rights. Also, who is going to implement this at individual sales? Trading at auction houses is still traceable. A system has to be devised which will benefit the artist and not hurt overall sale policies,” he says.

Considering the nature of art sales, though, this is not likely to be an easy task. Buyers in the primary market, like an art hiring agency run by Adishwar Puri, say including professional intermediaries sounds laudable, but is wholly impractical in India. “We buy art works in bulk and it is difficult for me to keep a track of which paintings are resale ones. There is no authentication agency at present. [And even if they existed] payments are not always done through bank accounts and transactions happen at the individual level,” Puri says.

Art critic Suneet Chopra, too, believes in the futility of a valuation agency, since resale prices are dictated by the market economy. “In a market-driven economy, an object has value addition over a period of time. So, if an artist has stocked his work, waited, kept his art clean, preserved the piece, why should he not get a higher price than the fellow who first sold his art to the nearest bidder? The artist who held on to his work has actually built the market and, therefore, he should benefit.”

His viewpoint is echoed by artist Shamshad Husain, son of MF Husain, who declares that the compensation figure should be rounded to 10 per cent of the secondary sale price. If this does not come about, he says, artists should insist on making direct sales of their works, instead of using galleries and auction houses as conduits. “Hold on to your paintings, unless in dire need,” is his advice.

Ella Jain, owner of Art Mall, however, warns against artists making such a mistake. “We, artists and galleries, survive on each other’s support. The resale royalty scheme might detract artists from our premises. I’d say, sticking with a gallery is how the artist will benefit. Higher sales in the future compensate him by raising transaction flow,” says Jain.

Yet, one can’t deny the obvious. “It’s a matter of ethics,” says Rajeev Lochan, Director, National Gallery of Modern Art, in his capacity as custodian of the nation’s art repository. “One cannot rule out the humanitarian aspect of a deal, where it becomes the moral duty of the seller to share with the creator, who has provided the commodity in the first place.”