The Empire Stamps Back 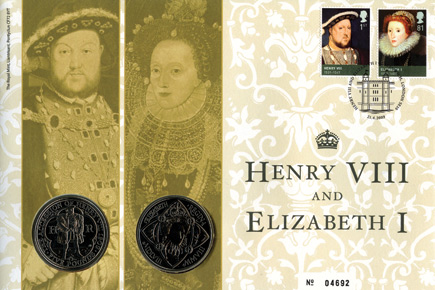 
It just was a local scheme of the British Empire that went on to capture the world and has lingered on in some 300 countries, affixed on our minds, even after the imperial forces shrank back into the British Isles halfway through the last century. In 1840, the Penny Black, a portrait of Queen Victoria issued by the British Post Office, became the world’s first ever postage stamp and the mother of all philately. Since then, these fine stickers with perforated edges, colloquially known as stamps, have been objects of beauty that we’ve admired long after the postman rang the bell. Though courier boys tend to disturb us more now, there’s been an enduring passion for the pictures that’ve enlivened the corners of envelopes.

Colourfully miniaturising art, history and geography, stamps have delivered family news across continents, informed us during war and captured world events by simply slipping under our doors. Stamps have survived the countries they’ve represented, often long after these countries ceased to exist.

Now, all those who have soaked, peeled and preserved these imprints in stamp albums, make post haste. The Empire at its smallest is all set to unveil itself anew, as the UK’s Royal Mail presents their stamp collection at the India International Trade Fair in Delhi (14–27 November). On view is the most reproduced artwork in the world, the definitive stamp of Queen Elizabeth II, designed by Arnold Machin, of which 175 billion copies have been thumped out in the UK. Alongside, there’s a sterling collection of commemorative silver coins minted to perfection by the Royal Mail.

There won’t be vintage issues of the Penny Black. Eye-catching and contemporary stamps will be on display, featuring real and fictional influencers like Charles Darwin and James Bond, and a series celebrating the Olympics and British Design. “It’s not a business venture,” says Manoj Joshi, philatelic representative, Royal Mail, South Asia, “there’s a strong cultural heritage that unites us.” Indeed, it was the British who set up India Post and issued the Subcontinent’s first stamp, the half-anna Scinde Dawk, currently valued by collectors in lakhs of rupees. India now has the largest number of post offices in the world and a network of dakiyas (postmen) who walk the desert, dodge bullets and wade through swelling waters to deliver mail to final frontier addresses.

It’s not a colonial comeback. “Even the Commonwealth games should incite the same feelings,” says Joshi, “We participate as equals now.” With a critical difference. Britain is the only country which doesn’t mention its name on stamps. A silhouette of the reigning monarch is its sole identifier. The Royal Mail collection will be on sale, too, with stamp series starting at Rs 200, silver coins for Rs 4,000 and fascinating yearbooks for Rs 6,500. Beyond 10,000 active stamp collectors in India, this collection gives today’s kids, who use inane emoticons, a chance to collect tomorrow’s treasures today, choosing from limited-edition themes like James Bond, insects, royal uniforms and Harry Potter (scarcity drives up stamp prices). Joshi, who is setting up royalmailsouthasia.com and a distributor network, also plans to display the collection at book fairs in Kolkata and Mumbai. It’ll be a welcome diversion from India Post, that dead man’s gallery that commemorates ‘heroes’ who are often insignificant. Madhukar Jhingan, of the Indian Philatelic Congress, says, “British philately is backed by research, design and technology. Our ministers use the Department of Posts to dispense political favours.”

Sidestepping politics, an India Post director says, “Watch out for our raashi (zodiac) series.” A slew of stamps depicting postal and Delhi’s history will be released before the India World of Philately Exhibition, in December 2010, in which about 100 countries are expected. Before that, admire these 2-D fixtures at Her Majesty’s Service.