The Delights of Detachment 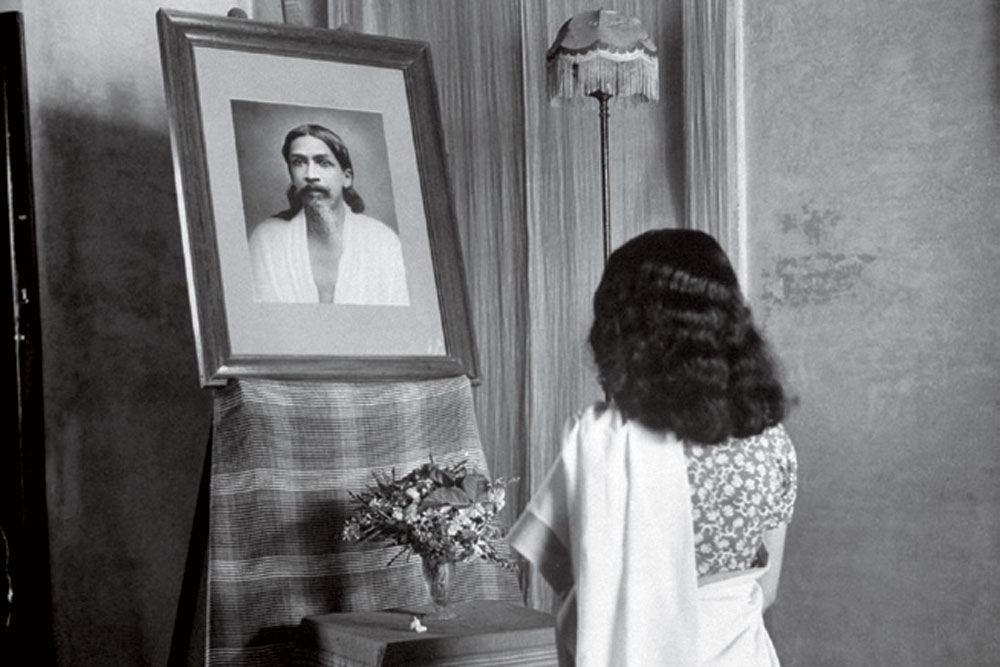 ‘Money is the root of all evil.’ Most of us have heard this expression. If we take it to be just an expression, nothing more need be said. However, as a reference to the Bible, the quote is wrong. Timothy 6.10 actually states, ‘For the love of money is a root of all kinds of evils.’ (Depending on the translation, there may be a marginal variation in the words used.) There is a huge difference between the two expressions. One should be careful about misquoting, partial quoting, or quoting out of context. I have a similar problem with shloka  2.47 from the Bhagavad Gita (BG). The entire verse says कर्मण्येवाधिकारस्ते मा फलेषु कदाचन। मा कर्मफलहेतुर्भूर्मा ते सङ्गोऽस्त्वकर्मणि॥ How many times have you heard only the first line quoted? If I ignore the quality of English, the translation is, ‘Your right is only in the action, never in the fruits. Never become the reason for the fruits of action, do not be attached to inaction.’ In better English, Srila Prabhupada’s rendering (Bhagavad Gita As it is) is, ‘You have a right to perform your prescribed duty, but you are not entitled to the fruits of action. Never consider yourself to be the cause of the results of your activities, and never be attached to not doing your duty.’ Karma is a complicated subject and so is the question of what is appropriate karma. We will delve into karma later. For the moment, why is quoting partially wrong? Because the thrust of the shloka is on detachment, from both fruits of action and from inaction. Indeed, detachment isn’t a good word either. It suggests I was attached to something and have since got detached. Non-attachment is better. When I use the word non-attachment, I am using it in the sense of non-attachment to the temporary or transient. Attachment to the permanent is something else.

There are a couple of very powerful shlokas in the second chapter of Bhagavad Gita, 2.62-63. ध्यायतो विषयान्पुंसः सङ्गस्तेषूपजायते। सङ्गात् संजायते कामः कामात्क्रोधोऽभिजायते॥ क्रोधाद्भवति संमोहः संमोहात्स्मृतिविभ्रमः। स्मृतिभ्रंशाद् बुद्धिनाशो बुद्धिनाशात्प्रणश्यति॥ These come immediately after 2.56—दुःखेष्वनुद्विग्नमनाः सुखेषु विगतस्पृहः। वीतरागभयक्रोधः स्थितधीर्मुनिरुच्यते॥ Let’s take 2.56 first. ‘If a person is not anxious in his mind in the midst of unhappiness and is beyond delight in the midst of happiness, if he has overcome attachment, fear and anger, he is said to be a sage who is steady in intellect.’ I am going to give you the Srila Prabhupada translation of 2.62 and 2.63. ‘While contemplating the objects of the senses, a person develops attachment for them, and from such attachment lust develops, and from lust anger arises. From anger, delusion arises, and from delusion bewilderment of memory. When memory is bewildered, intelligence is lost, and when intelligence is lost, one falls down again into the material pool.’ There are said to be six enemies (ripu)— kama (sensual desire), krodha (anger), lobha (greed), moha (delusion), mada (insolence) and matsarya (jealousy). Each of these results from attachment and all six can be overcome through non-attachment.

I have mentioned Adi Shankaracharya’s Bhaja Govindam earlier and quoted from parts of it. Here is another shloka. अङ्गं गलितं पलितं मुण्डं दशनविहीनं जातं तुण्डम् । वृद्धो याति गृहीत्वा दण्डं तदपि न मुञ्चत्याशापिण्डम् ॥ ‘The body has decayed, the head is grey. The mouth is bereft of teeth. The old man advances holding a staff. Yet, the mass of hope has not released him.’ Whenever I read this, I am reminded of a shloka from Bhartrihari. We know precious little about Bhartrihari, or Kalidasa, or about so many other Sanskrit poets. We know little about their personal lives. They left us their works. They didn’t tell us who they were. Sanskrit—and Indian languages in general—doesn’t have the letter ‘I’ in capital letters. The ‘I’ is small case and usually missing altogether. Quite a contrast with this day and age, when every day, I am deluged with messages that say, ‘Read my article.’ There was a Bhartrihari who was a grammarian and there was a Bhartrihari who was a poet and scholars continue to debate whether they were two different individuals or one. I am referring to Bhatrihari the poet. वलिभिर्मुखमाक्रान्तं पलितैरङ्कितं शिरः। गात्राणि शिथिलायन्ते तृष्णैका तरूणायते॥ This is from Bhratrihari. ‘The face is invaded by wrinkles. The head is marked with grey. The limbs of the body have become flaccid. It is thirst (desire) alone that is young in acting.’ Do you notice the resemblance between Adi Shankara and Bhratrihari? I have no idea whether Adi Shankara knew about the Bhratrihari couplet. Scholars tell us that Bhratrihari the poet lived in the 5th century CE; so Adi Shankara may have been familiar with what Bhratihari wrote. Bhratrihari, the poet, wrote three sets of verses, with one hundred shlokas in each set. Each such set is therefore known as a shataka. The first set is on shringara (loosely, love), the second set is on niti (loosely, good policy) and the third set is on vairagya (non-attachment). What I have just quoted is from vairagya shataka. As I said, we don’t know much about Bhratrihari. (There is a wonderful fictional autobiography Sudhir Kakar recently wrote, titled, The Devil Take Love.) However, he is believed to have been King Vikramaditya’s older brother and was the king. But he was a king who was addicted to a life of sensual pleasure and women. (Shringara shataka has beautiful love poetry.) Once, a brahmana gave King Bhratrihari a wonderful mango. The king gave it to his queen. The queen gave it to her paramour, the general. The mango passed on down the line until it returned to the king again. The king was so disgusted that he left the kingdom to his younger brother, King Vikramaditya. He abandoned all worldly pleasures and became a disciple of the sage Goraknath, performed austerities in two caves that you will still see in Ujjain. That’s when he composed vairagya shataka.

Most of us are householders. How many of us can become ascetics or mendicants, retiring to caves and forests? The Mahabharata has a section known as Vyadha Gita, the word vyadha means a hunter. Swami Vivekananda recounted the story in his monograph, ‘Karma Yoga’ and described Vyadha Gita as one of the highest flights of Vedanta. A sage named Koushika lived in the forest and performed austerities, thereby obtaining wonderful powers. Once, a bird shat on his head. Angry, Koushika glared at the bird and burnt it with his mere eyesight. Later, Koushika went to a town to beg for alms and arrived at a house. Since she was attending to her husband, who had just returned home, the housewife made him wait and this enraged Koushika. He was considerably surprised when he discovered the lady knew everything about him—his powers, the bird being reduced to ashes, his anger towards her. Astounded at her knowledge, he wished to become her disciple. However, she sent him off to a vyadha in Varanasi instead. The teachings of the vyadha constitute Vyadha Gita. And the housewife and the hunter were superior, according to the story, than the sage. I don’t know if you agree, but I think it is easier for sannyasis to practice non-attachment. That life amounts to withdrawing from the distractions. Living in the midst of those distractions, it is much more difficult for the householder, or so I think. Personally, I kind of identify with Bhratrihari, not that much with Shankaracharya. But there is a further catch. Do I switch to non-detachment when I am old and decrepit? That’s also an easier route.

The Isha Upanishad is a very short Upanishad, only seventeen or eighteen shlokas, depending on the version. Here is the first verse and I am sure you are familiar with the first half of the verse. ईशावास्यमिदँ सर्वं यत्किञ्च जगत्यां जगत्। तेन त्यक्तेन भुञ्जीथाः मा गृधः कस्यस्विद्धनम्॥ Here is Swami Nikhilananda’s translation. ‘All this—whatever exists in this changing universe—should be covered by the Lord. Protect the Self by renunciation. Lust not after any man’s wealth.’ Here is Sri Aurobindo’s. ‘All this is for habitation by the lord, whatsoever is individual universe of movement in the universal motion. By that renounced thou shouldst enjoy; lust not after any man´s possession.’ Ignore the first line and focus on the तेन त्यक्तेन भुञ्जीथाः bit in the second line. The key is the word त्यक्त and what it refers to. Most sannyasa-driven translations, and even someone like Raja Ram Mohan Roy, will focus on renouncing, glossing over the भुञ्जीथाः bit. I think Sri Aurobindo is absolutely right. Enjoy—with non-attachment. The beauty of the Upanishads, particularly something as crisp as Isha Upanishad, is that you don’t have to agree with me.