With two back-to-back blockbusters, director Mohit Suri is finally the talk of the town. His films follow a fixed formula of doomed love, lilting music and derivative story lines. But is there more than meets the viewer’s eye? 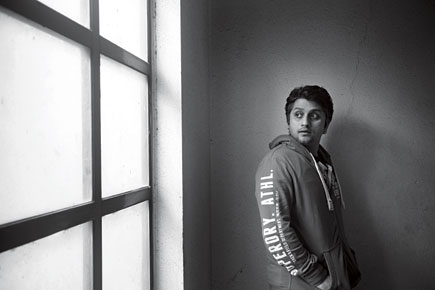 With two back-to-back blockbusters, director Mohit Suri is finally the talk of the town. His films follow a fixed formula of doomed love, lilting music and derivative story lines. But is there more than meets the viewer’s eye?

Barely two weeks into its release this July, Ek Villain touched the magic 100 crore number. In no time, producer Ekta Kapoor whipped up a soiree to ensure the feat hadn’t gone unnoticed. The star- filled guest list featured everyone of note in filmdom and they turned up in droves to toast the star of the film—director Mohit Suri. Success is not a stranger to Suri; the soundtrack of his last outing, Aashiqui 2, is still playing on loop on every radio and TV channel. But success parties are another matter. “This was the first time other people from the industry came to celebrate my success and it was a weird feeling. I’d never been into a big bungalow with the press outside. This is a new experience for me and a new stage of life,” says Suri.

It has taken three days to pin down a jet-lagged Suri, after his return from a month-long vacation in the US. The 33-year-old director is sleepy when we meet, but usually works at a breathless pace. He debuted in 2005 with two back-to-back releases, Zeher and Kalyug, both pacy thrillers featuring relatively unknown actors, best remembered for their hummable songs. Since then, he’s had a release almost every year, silently creeping up the ranks of Vishesh Films, the production company owned by his maternal uncles Mukesh and Mahesh Bhatt.

“I was a glamourised peon, probably the only one who could speak English,” he announces proudly. At 16, the first assignment entrusted to him was to patiently wait at the T-Series office to collect the audio tapes of Sangharsh, which Mahesh Bhatt wrote. He was paid Rs 3,500 per month. “I had this great pride about myself. I didn’t want to be a burden on anyone. I had influential uncles but I chose to live in a PG [paying guest] accommodation in Bandra,” he says.

Within a year he was promoted to assistant director on Vikram Bhatt’s film Kasoor, his salary bumped to Rs 25,000. He was shooting 20 days a month, had saved enough to get himself a car and managed to do quite decently in college too, which he completed on his father’s insistence. “I was a science student but I had to shift to business management. I was great at presenting because that was the job I had as an assistant director— narrating scenes to actors. I was a good guy to have on the team. The rest would do the project and I’d come in after the shoot and just present it well,” he says. He adds in disbelief, “Actually, I was quite good with the books.”

Actor Shaad Randhawa, who has played pivotal roles in four of Suri’s films, became friends with the director during regular trips to Vishesh Films in search of work. “I remember the time when the Bhatts were making a film called Tumsa Nahin Dekha, directed by Anurag Basu. He fell seriously ill so Mohit and Mahesh Bhatt had to complete the film. Mohit was just 21 then but I knew he would go on to become a big director some day,” he says.

Films churned out of Vishesh Films are made on tight budgets and rarely have the luxury of a big star to ride on. In the absence of these two essential commodities, the team devised a basic recipe: high drama and great music with generous helpings of sex scenes. Suri mastered this formula in no time, making a string of low-budget movies with second-tier actors like Shiney Ahuja, Kunal Khemmu and Adhyayan Suman. The bigger stars he worked with, his cousin Emraan Hashmi and Kangana Ranaut, were still struggling to gain a foothold at the time.

Aashiqui 2 was meant to be a love story between an older man who had seen life and a younger, upcoming singer. “I was having a problem casting. Maybe I was not that big and people didn’t want to work with me at that time,” he says. He went ahead and made the film with Aditya Roy Kapur and Shraddha Kapoor, two actors with less than impressive resumes. The risk paid off; the film made stars out of all three of them.

In October Suri begins work on his next film, Hamaari Adhuri Kahaani. The film has an enviable cast: Vidya Balan, Rajkummar Rao and Emraan Hashmi. Its director says the biggest hero of the film is its “fuck-proof” screenplay by uncle Mahesh Bhatt. He’s also in meetings with Karan Johar’s Dharma Productions for an official remake of the French drama, The Intouchables.

“I offered Mohit a three-film deal back in 2007 when I was in Viacom18 but he wasn’t ready then,” says Tanuj Garg, the CEO of Bajaji Motion Pictures, which produced Ek Villain. Now, “At 33, he has nine talked-about releases under his belt. Not many can boast of this.” Garg distributed Awarapan, one of Suri’s least successful films, in the international market, and the two have been close friends since.

Some time after his movie Crook bombed and way before the release of Aashiqui 2, Suri finally gave in and signed a film deal with Balaji, his first venture without his uncles by his side. Infamous for his fiery temper on set, Suri admits he was more conscious of his behaviour during the making of Ek Villain: “The Bhatts are extremely possessive about me. I’m like a child with them. I keep crying, pushing and throwing tantrums. Mukhesh ji calls me ‘Shekhu’ which is what Dilip Kumar was called in Mughal-e-Azam because he’s a spoilt child. Here, I have to behave myself and keep my guard.”

He had a new boss in Ekta Kapoor, a more generous budget at his disposal, a decent cast in Shraddha Kapoor, Sidharth Malhotra and Riteish Deshmukh, and was being exposed to more forceful marketing techniques.

“He had to live up to the expectations of Aashiqui 2. I remember him telling me that this film can’t do lesser than the one that had no stars,” says Milap Zaveri, who wrote the film’s dialogues.

Way back in 2006, Suri made Woh Lamhe, which has probably been his best-reviewed film till date. Inspired by the tapes that the late yesteryear star Parveen Babi had recorded for Mahesh Bhatt, the story was a dark take on the actress’s lonely battle with schizophrenia. Suri called up film critic Rajeev Masand, who he didn’t know then, and said, “Please come and watch my film. Rip it apart if you don’t like it and if you do, please review it and support it,” he recalls. Masand confesses he was a tad cynical, but complied. “I was struck by the depth and maturity of that film. It was remarkable coming from a director who was barely 25,” says Masand. Yet, the film ran to empty theatres.

Since then, Suri has focussed on a string of sequels to franchises like Raaz, Murder and Aashiqui. His works have two running motifs: a doomed love story and a plotline brazenly ripped off foreign films, Korean ones in particular. He doesn’t deny the charge.

“I’m not pretending to be an original filmmaker. Everything I’ve made so far has been from books and movies I’ve liked,” he says. Yet, he refutes allegations that his last film is a watered- down version of I Saw the Devil, saying the film has obvious references to TV shows like Dexter and Breaking Bad, which people missed. “To his credit, Mohit manages to Indianise a lot of these films by adding masala and makes them watchable,” says Masand.

Suri is gradually finding his place amongst the fresh crop of directors; those who started out at the same time have either fizzled out or are way senior. “I don’t know where I fit in. But I’m happy I’ve grown organically. Maybe if this had come to me earlier, I wouldn’t have been able to handle it,” he says.

Randhawa sees no perceptible change in his friend, from the time of their early days together in Woh Lamhe to now. “It’s just that now the world is looking at him differently.”

In Bollywood, sometimes having the right people notice you is all you need. 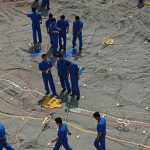