The Conductor On Route 10A 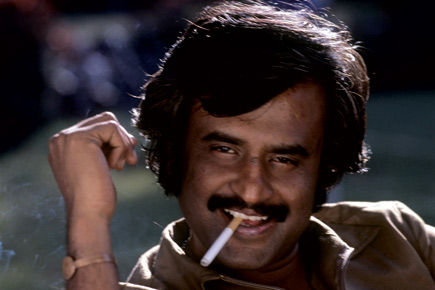 
In the late 1960s, the conductor of the Bangalore Transport Service (BTS) bus that plied on route No 10A from Srinagar to Majestic via City Market was a certain Shivaji Rao Gaikwad, a Kannada-speaking Maharashtrian. He was a stickler for rules. His dos and don’ts for commuters were simple: don’t board a running bus; always alight and board only at bus stops; don’t travel on the footboard; present exact change for tickets. One morning, he noticed a pig-tailed college girl jump into his moving bus, and snarled, “Ilee ree, ilee ree” (get off, get off). He had the driver stop the bus and made my aunt Vasanthi—the passenger—disembark.

Suitably scared and offended, from that day she made her own rule for BTS buses: if the conductor happened to be this dark and short-tempered man, she would not board the bus. She would rather walk four kilometres home. She also railed about him to her uncle, a bus driver called MJ Babu who was often paired with Shivaji. The next time Babu met him he told the conductor about his niece’s grouse. “Ayyo, Babu, sorry I didn’t know it was her. Next time onwards I will stop the bus and pick her up,” he promised. Babu, called Jayanna in family circles, relayed this information to Vasanthi. It did not change anything from her point of view.

Shivaji hated people standing on the footboard. To young men who made a habit of it, his blunt admonition was: “You will trip on your pants (bell bottoms in those days) and end up under the wheels.” My family members remember him for fits of fury directed at commuters as much as for the sullen look he always had on duty.

When he was not on work, we found, he was an affable sort of man with a passion for theatre performances. My family used to stay in the largely middle-class locality of Gavipuram near Basavanagudi. Once, when Vasanthi was studying, Babu brought the would-be actor home between shifts. The moment she spotted him, she hid herself in an alcove, refusing to emerge until he had left. Despite the efforts of elders to have her meet the guest, she would not oblige. “It’s okay, leave her alone. She is very shy,’’ Shivaji told Babu.

Vasanthi recalls that after she complained to her uncle, Shivaji would occasionally spot her at the bus stop and signal for her to get in. She would avert her eyes, though, and avoid looking in his direction. Once, when her mother asked her why she was so stubborn in acknowledging his courtesy, Vasanthi said he was a ‘porkee’ (loafer). To bolster her judgment, she argued that he was a smoker—if he did not have a cigarette dangling from his lips, he’d be flipping one to them. He made a career of this little stunt later on.

One day, my mother and aunt got into a bus at the starting point after making sure that Shivaji was not aboard. Just as the bus got moving, they were startled to see him jump in and shout “Right, right”, a term used by conductors to ask the driver to get going.

Babu worked with him for about five years. Their friendship grew and Shivaji became a regular at family functions. My grandmother, now 84, remembers him as dropping in without notice along with Babu for coffee, snacks or lunch. “He would be at ease at home. It was only in the bus that he had an angry young man kind of look,” she says.

He was known to be generous with colleagues, though his salary, like that of all other conductors and drivers, was meagre. Perhaps he had extra income from the theatre roles he took on, a talent that was winning him much popularity. He used to stay near Super Talkies Road, a landmark on the Bangalore-Mysore road in the city. Legend has it that a film producer once watched a bored Shivaji playing around with a cigarette, and, astonished at the things he could do with it, gave him a break in cinema. He started appearing on the big screen in small roles. Once he told Babu to take his sister and kids to watch Chilakamma Cheppindi Maata, a Telugu movie whose title translates as ‘What the astrologer’s parrot in the cage said’ (through a tarot card).

I grew up with tales at home of the actor who would rise to Tamil film stardom as Rajinikanth. Whenever he had a new film release, everyone would recall a favourite Rajini anecdote. When we told friends and family of our encounters with him, they looked at us with awe. Some asked if Babu could help them meet him. We heard of his continuing to help former colleagues well into the 1980s, though he had left his conductor’s job almost a decade earlier. For years after he moved to Madras, he used to visit the Srinagar bus stand to see his friends. On one such visit, my grandmother recalls that he bought an entire booklet of tickets of an event that Babu had organised. On another occasion, he visited Babu’s house and presented a gown to his three-year-old daughter. Rajini was considerate enough to ask Babu how his sister and their children who used to flee at his sight were doing.